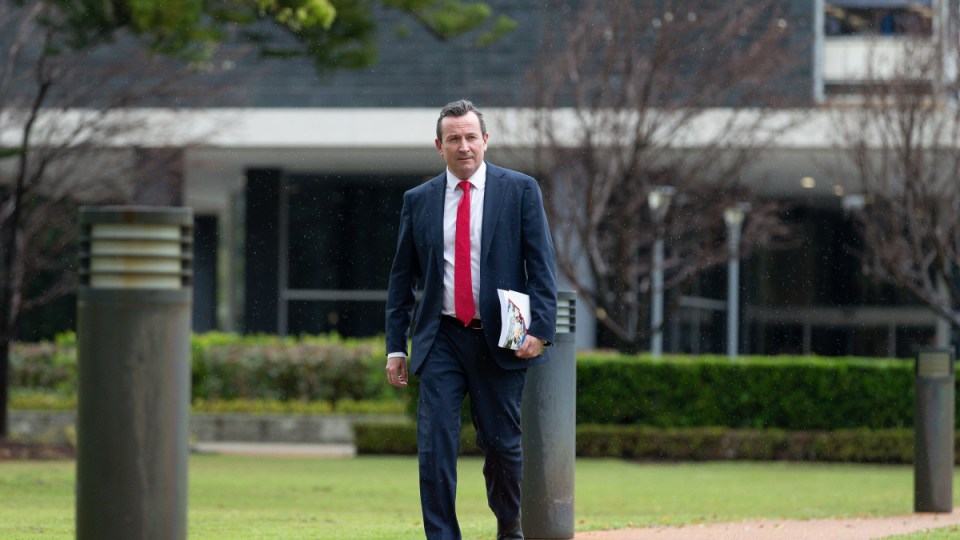 Western Australia could be closed off to every other state and territory for Christmas as the rest of the nation advances reopening plans.

South Australia is the latest state to unveil its COVID-19 roadmap, announcing it will remove quarantine requirements from November 23 for domestic travellers who are fully vaccinated.

In contrast, WA’s government has declined to set a date for reopening until more than 80 per cent of West Australians aged 12 and above are double-jabbed.

Premier Mark McGowan on Tuesday said it would be some time in the first half of the year “beyond the school holidays” that finish at the end of January.

“We’re continuing … to get as many people vaccinated as we can, to make sure that we get through the Christmas period and the Christmas holidays before such time as we open to New South Wales and Victoria and potentially get cases,” he told reporters.

WA remains open to travellers from SA, Tasmania and the Northern Territory, while Queenslanders will no longer need to quarantine from Wednesday.

But the resumption of widespread domestic travel could prompt a return to total isolation in WA for the festive season.

“We’ll monitor what occurs in South Australia and whether they get cases and how soon they do,” Mr McGowan said.

“They’ve got density limits on cafes, restaurants, bars, they’ve got seating requirements if you want to go and have a drink. They’ve got restrictions on fitness classes, they’ve got mask-wearing at a whole range of venues.

“That will be a massive burden on small businesses and it will impact Christmas in South Australia. We’re pretty keen to avoid that.”

The premier last week outlined mandatory vaccination requirements for most of the state’s workforce, including a January 31 deadline which would coincide with the end of the school holidays and potential reopening of borders.

Less than 60 per cent of West Australians are fully vaccinated.

‘I was very respectful’: Jason Momoa apologises after taking photos in the Sistine Chapel
Net-zero plan ‘right thing to do’, but few details or modelling
Today's Stories