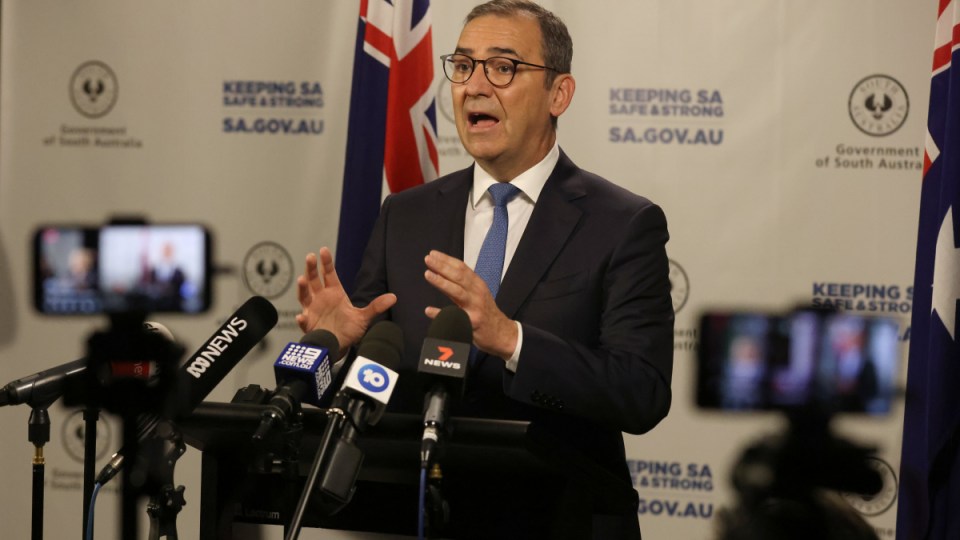 South Australia’s border restrictions will ease next month, with the state introducing other changes to its virus measures at the same time.

Premier Steven Marshall said double-vaccinated people would be allowed into SA from November 23.

On the same date, the state will halve its quarantine period for overseas arrivals to seven days and lift the cap on home gatherings from 20 people to 30.

The measures are part of the state’s much anticipated COVID-Ready roadmap, which was released on Tuesday.

Mr Marshall said the “vast majority” of other restrictions in SA would ease once 90 per cent of residents over 12 were fully vaccinated – “which I am hopeful we will achieve before Christmas”.

At that point quarantine for double-vaccinated international travellers will be abandoned.

Mr Marshall said South Australia was poised to reap the rewards of hard work after a period that “can only really be described as one of the most turbulent in recent history”.

“There’s got to be some reward for the sacrifices of individuals and businesses.”

He said some restrictions would remain, especially for large events – and urged people to get vaccinated.

“The race is on in South Australia. We need as many people to get vaccinated as quickly as possible, so we can enjoy as normal a Christmas as possible during this pandemic,” he said.

Contact tracing and testing requirements will remain in place for the foreseeable future, as will the use of face masks in indoor public settings.

There will be no requirement for all individual local government areas to achieve the 80 per cent rate by November 23, but Mr Marshall said authorities would redouble their vaccination efforts in areas that were lagging.

“I think there will be a big surge now in the vaccination rate,” he said.

“The health experts are now telling us that vaccination is our pathway out.”

Almost 80 per cent of South Australians have received their first dose of a COVID vaccine, while the full vaccination rate is at 63 per cent.

SA borders to open within weeks