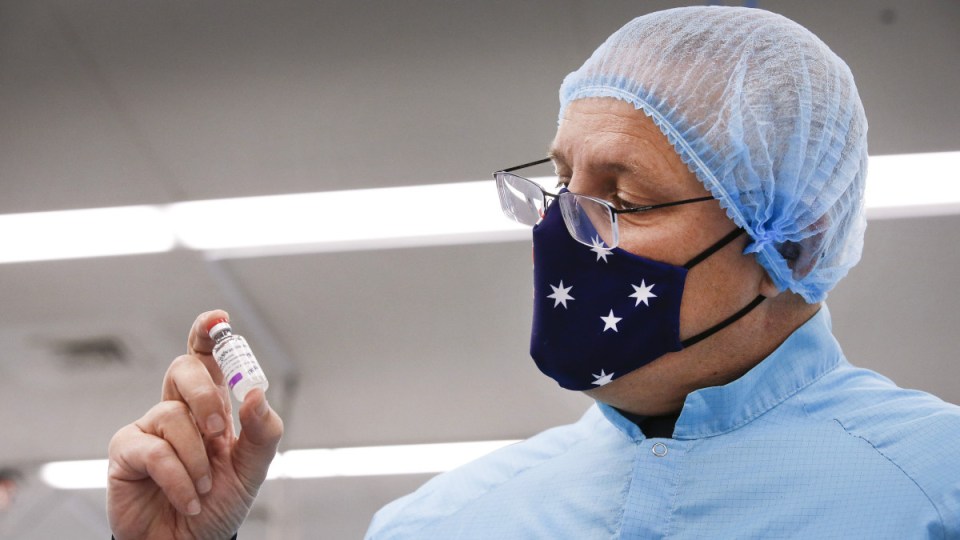 The Pfizer doses Australia bought from Poland “should have” gone to poorer countries still waiting for COVID jabs, according to Reverend Tim Costello, who says the federal government has failed to do its fair share in helping protect the developing world against the virus.

Despite tens of millions of doses on order, the federal government is under fire for not donating enough doses to the global COVAX agreement, with current projections showing some of the world’s poorest countries may be waiting beyond 2030 for substantial vaccination.

As Sydneysiders celebrate new-found freedoms and exit lockdown after hitting vaccination targets, a coalition of aid groups and charities have warned new and deadlier COVID variants could emerge unless richer nations like Australia step up to donate more jabs.

The End COVID For All coalition of aid groups is demanding the federal government tip in $250 million and 20 million jabs to COVAX to pick up the pace and add to Australia’s commitments of millions of doses for the Pacific.

“How do we celebrate getting near to 80 per cent while knowing people, just because they grew up on the wrong latitude, simply cannot get a dose?” Mr Costello asked.

“How do we feel as we celebrate freedom here?”

Developing world missing out on vaccines

Just 2 per cent of people in the world’s poorest countries are currently vaccinated, warns a new report from End COVID For All.

The coalition, which includes the Burnet Institute, UNICEF, Médecins Sans Frontières, Save the Children, World Vision and other aid groups, is pleading with Australia to give more money and jabs to the COVAX facility.

More than 645 million doses have been donated by rich countries like the United States, the United Kingdom, Canada, Germany, Spain and Japan.

But End COVID For All claims the federal government’s commitment has been sub-standard so far – having offered just $130 million but no doses, according to COVAX’s records.

A ‘dose donation table’ produced by COVAX showed that, as of September 10, Australia had contributed no doses to the global pool.

“The wealthy and the powerful have done it again,” Mr Costello, spokesperson for the group, told The New Daily.

“Some nations in Africa will be waiting until 2030.”

The World Health Organisation has warned wealthier countries to prioritise access to first doses for poorer nations, before looking to booster or third shots for themselves.

Zed Seselja, the federal Minister for International Development and the Pacific, said the government had pledged 60 million vaccines to Indo-Pacific neighbours by the end of 2022, and had already distributed 3.57 million doses.

“Australia is absolutely committed to equitable access to COVID vaccines, including for developing countries, with a particular focus on ensuring our region is not left behind,” he told TND.

“We welcome End COVID for All’s constructive contribution to ending this pandemic.”

Senator Seselja said the federal government had committed more than $750 million to vaccine initiatives in our region.

That includes already sending more than one million doses to Indonesia, 861,000 to Fiji, 577,850 to Timor-Leste, 702,800 to Vietnam, and many thousands to Kiribati, Papua New Guinea, Tuvalu and more.

Last month, as part of an agreement under the Quad partnership, Prime Minister Scott Morrison promised to donate and procure another 40 million doses for the region.

That comes on top of other assistance to the region including tonnes of medical equipment, personal protective equipment, syringes and refrigerators; sending AUSMAT medical teams to serious outbreaks; and $300 million in social and economic support for the Pacific.

The government also pushed back on End COVID For All’s claim that it had given no doses to COVAX, saying its $130 million commitment had helped COVAX send millions of doses to south-east Asia.

But the campaign says Australia should be sharing more help specifically to COVAX.

Health Minister Greg Hunt said last week Australia had “over 150 million vaccines that are secured for the future”, based on contracts with Pfizer, Moderna, AstraZeneca and Novavax.

“The longer we allow developing countries to lag in terms of vaccination rates, the more time we give the virus to mutate and spread,” Mr Costello said.

“That is why it is vital the Australian government steps up and provides a fair share commitment of an additional $250 million and 20 million vaccine doses to COVAX.”

The new report, A Shot of Hope, pointed out nations like Madagascar, the Democratic Republic of the Congo, South Sudan and Yemen currently had vaccination rates below 1 per cent.

On current rates, all would only expect to hit 70 per cent vaccination well into the next century.

In March, the People’s Vaccine Alliance released a survey of leading global epidemiologists, who warned of new virus variants emerging unless low vaccine coverage in developing nations was urgently addressed.

“Without rapid, widespread vaccination to slow mutation there is a significant risk that variants will not respond to existing vaccines or boosters, similar to what has been seen with multi-drug resistant tuberculosis,” End COVID For All warned.

“The emergence of the Delta variant shows that Australia can not close its eyes to the impacts of the pandemic in other parts of the world. First, because that is morally wrong. But also because, sooner or later, the consequences will be felt here.

“That is why we must play a leading role in aggressively responding to this pandemic on a global scale.”

“Those doses we got could have, or probably should have, more equitably gone to the poorest nations,” he said.

“The world has to be vaccinated for us to be safe, to completely open up.”

The coalition of aid groups says the world should be aiming for 90 per cent vaccination of the global population by the end of 2022.