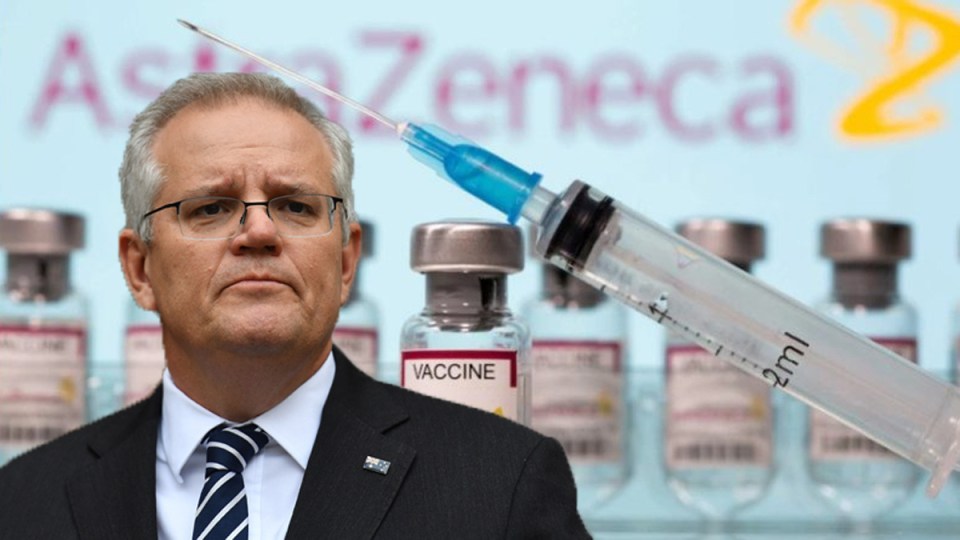 A stockpile of around 5.8 million AstraZeneca doses is set to form the cornerstone of Australia’s next round of vaccine aid, after Prime Minister Scott Morrison promised this week to double our donation commitments.

Mr Morrison unveiled a plan to donate a further 40 million COVID-19 vaccines to lower-income nations during a speech in the United States on Thursday, bringing Australia’s total vaccine aid pledge to 60 million.

The promise has been welcomed by humanitarian groups, who told TND earlier this week that Australia must increase its donations to address what the UN has called ‘obscene’ levels of global vaccine inequality.

Amid new concerns about Australia’s supply of Pfizer, the doses set for donation overseas are more likely to be sourced from an AstraZeneca stockpile, which has reached around 5.8 million this week.

Data compiled by The New Daily from federal and state health officials reveals that while Australia has obtained about 20.2 million AZ doses to date, only 14.4 million have actually been used or donated overseas.

That’s despite the fact that COVID vaccine doses are the most valuable commodity in the world right now, with just one in 38 people from lower-income nations accessing their first vaccine since they were invented.

AstraZeneca was initially touted as the vaccine that would inoculate the vast majority of Australians, but it fell out of favour with the public after a Australian Technical Advisory Group on Immunisation (ATAGI) ruling in April that prevented officials from recommending it to most people.

As a result, the majority of Australians have been vaccinated with Pfizer.

In fact, even as state and territory governments criticise federal Health Minister Greg Hunt about Pfizer supplies, TND can reveal fewer than one million AZ doses are held between most states and territories in Australia.

Mr Hunt has uncapped AstraZeneca supply to states, and last week the Department of Health said it had around 823,000 AZ doses in reserve.

But there is little demand for AZ, with state and territory governments telling TND that federal networks are distributing the majority of doses.

The federal government has distributed about 18.6 million doses to its network of vaccine clinics so far, mostly to general practitioners (GPs).

TND has estimated that about 4.4 million unused doses are currently in federal networks, but the government declined to confirm this statistic.

There is no suggestion or evidence that any doses are unaccounted for.

But it is clear state governments are hardly using the AZ vaccine at all.

A spokesperson for Queensland Health said 91 per cent of its 1.7 million vaccinations have been Pfizer doses to date.

“We have requested the Commonwealth government redistribute our dedicated supply to GPs and pharmacies,” the spokesperson said.

“They have always been the primary administer of the AstraZeneca vaccine in Queensland.”

NSW – the only state that’s AZ stockpile has not been disclosed to TND – said most AZ inoculations are occurring in federal controlled networks.

The New Daily understands Victoria is using around 20,000 AZ doses a week, suggesting AZ is just 3 per cent of the state-run vaccine program.

Western Australia has just 8078 AZ appointments booked until the end of the year and is currently holding only around 7000 doses of the jab.

“WA Health reviews bookings daily and will order additional stock as needed,” a spokesperson for WA Health told The New Daily via email.

Tasmania said it has AZ bookings until October and will then review its stockpile of AZ vaccines, which currently stands at around 5500 doses.

Health authorities are managing expiry dates by cycling through the old doses as new ones arrive from local manufacturer CSL, which has sent through about 18.6 million AZ doses (out of 50 million contracted) so far.

TND asked each state about their AZ expiry profiles, but was only told in some cases – expire dates ranged from November 2021 to January 2022.

The remaining 32 million CSL doses, which on current production rates will be delivered over the next six to nine months, will likely be directed to overseas donations due to low demand and high vaccine rates locally.

A further 1.6 million AZ doses have arrived from overseas, which is less than half of a 3.4 million dose contract that expires in February 2022.

Australia was supposed to get three million AZ doses from overseas under this contract earlier this year, but the deal has been plagued by delays.

AZ doses are seen as easier to donate to lower-income nations because they do not have the same cold storage requirements as Pfizer doses.

In fact, AstraZeneca has been donated to lower-income countries at a much higher rate than other vaccine brands to date.

But vaccine dose donations will not be enough to address vaccination inequality around the world, humanitarian organisations have told TND.

“National governments are making seemingly large statements with big numbers, and yet when we follow that up we find that’s not translating to effective vaccination programs,” Ms Morgain told The New Daily.

“There’s a problem in the system and it starts with intellectual property, manufacturing and distribution.

“We need to back vaccine dose donations with practical support.”

The below graph from the UN demonstrates how bad vaccine inequity is.

Australia has a huge stockpile of AstraZeneca doses to donate overseas