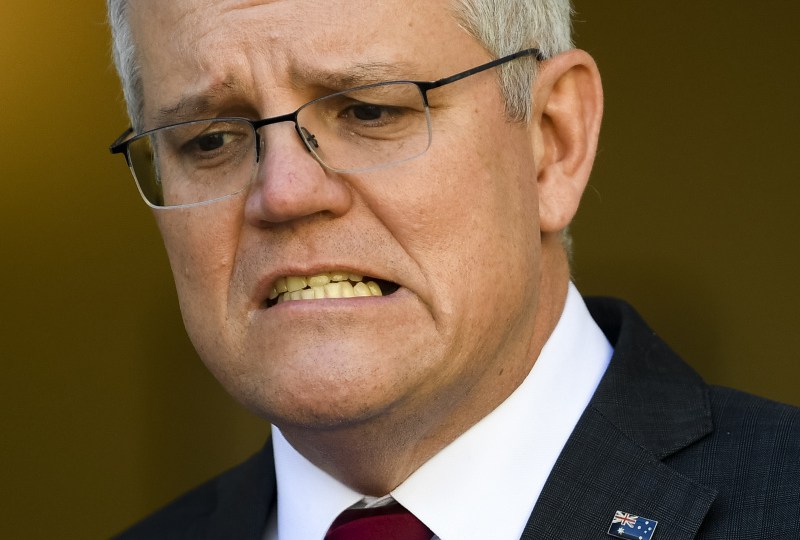 Australia’s peak legal body has savaged the federal government’s plans to block national cabinet meetings from scrutiny, saying there was no justification for the move.

Other esteemed constitutional lawyers have slammed the Morrison government’s plans as “bizarre”, while even the federal commissioner responsible for upholding freedom of information (FOI) laws has questioned if the changes set a dangerous precedent.

“It’s just a mess and it shows disrespect for the people, for the courts, everyone, to go around asserting in legislation things that aren’t true,” said University of Sydney academic, Professor Anne Twomey.

The federal government’s COAG Legislation Amendment Bill seeks to extend provisions “to protect from disclosure the deliberations and decisions” of the Commonwealth government’s federal cabinet, to the national cabinet of state and territory leaders.

Federal cabinet meetings and documents have a blanket exemption from FOI requests, and documents are only released after 20 years of secrecy.

But following an application from Senator Rex Patrick, the Administrative Appeals Tribunal recently ruled the national cabinet did not enjoy that same exemption, and therefore documents for the meeting of state and federal leaders could be requested under FOI.

The federal government claims it is “critical” that national cabinet must have the same protections, so as “to enable full and frank discussions”, and maintains Prime Minister Scott Morrison has the power to simply declare it as a sub-committee of the federal cabinet.

A Senate committee investigating the legislation held its first hearing on Monday, with Professor Twomey appearing alongside government accountability experts and government departments.

Appearing in a private capacity, she said national cabinet simply was not a federal sub-committee, therefore should not be treated as such.

“It’s frankly bizarre legislation. I mean, why would you assert something that’s not true? Why would you say, in legislation, that a cat is a dog or vice versa?” Professor Twomey told the inquiry.

“Really, you’ve just got to ask yourself what’s the government’s aim here? If the aim is to keep certain information confidential, they can do that by just changing the FOI Act.”

Professor Twomey warned of a “cascading level of non-responsibility”, warning the legislation would allow the federal government to simply deem any group as a sub-committee of cabinet and effectively shield it from outside scrutiny.

She said this could even extend to external groups of business leaders or union officials.

“The further you go down the food chain, the less sense it makes … you could choose any of these bodies and make any of them secret,” Professor Twomey said.

“I don’t think ‘I want to keep things secret’ is a good enough answer.”

She called the legislation “pretty bad”.

In its submission, the Law Council of Australia – the legal profession’s peak body – said the proposed changes “go too far”.

“There is an absence of meaningful justification for applying an absolute exemption based on the status rather than the substance of information,” Law Council president Dr Jacoba Brasch said.

“Existing FOI exemptions are already adequate. Under these exemptions, national cabinet documents would not be released if the harm it would cause to specified national interests outweighs public interest.”

The Law Council’s submission accepted there may be “merit in encouraging candid discussion” at national cabinet, and suggested a limit of five years – instead of 20 – on secrecy.

The Office of the Australian Information Commissioner, the regulator for privacy and FOI requests, told the Senate hearing it had not been consulted by the government over the changes.

Commissioner Angelene Falk called the changes “broad and uncertain”, echoing Professor Twomey’s concerns that the legislation could see any group given the protections of cabinet.

She noted that broad exemptions around factors like ‘national interest’ could be applied to national cabinet documents, if they were requested, suggesting the current system of FOI exemptions was adequate.

Ms Falk also recommended the body could have a “proactive” requirement to publish data in a timely way, including meeting minutes, summaries or documents considered.

But the Department of Prime Minister & Cabinet, appearing last in the hearing, maintained it believed Mr Morrison could designate national cabinet as a federal cabinet sub-committee.

“What schedule three of the legislation is seeking to do, is give effect to the government’s decision in March last year, to establish a committee of cabinet,” department official John Reid said.

Another official, Leonie McGregor, said the department believed national cabinet operated in a similar way to federal cabinet and should therefore have the same protections.

The department’s submission to the inquiry said confidentiality for national cabinet’s deliberations was “critical to its effective operation”.

“In terms of our relationship with our state and territory counterparts, it has created a lot of uncertainty,” the department’s Lee Steele said.

“We’re trying to manage that uncertainty to not result in harm, in terms of having a chilling effect on the discussions that first ministers have in national cabinet.”

DPM&C officials said they had received instructions to draft the bill in late February.

Senator Patrick lodged his application to the AAT on February 25.

Senator Patrick became angry when officials would not say whether FOI decision makers in the department were now making decisions on requests in light of the AAT’s ruling.

He told the department’s representatives to “not waste the committee’s time” and “stop the crap”.