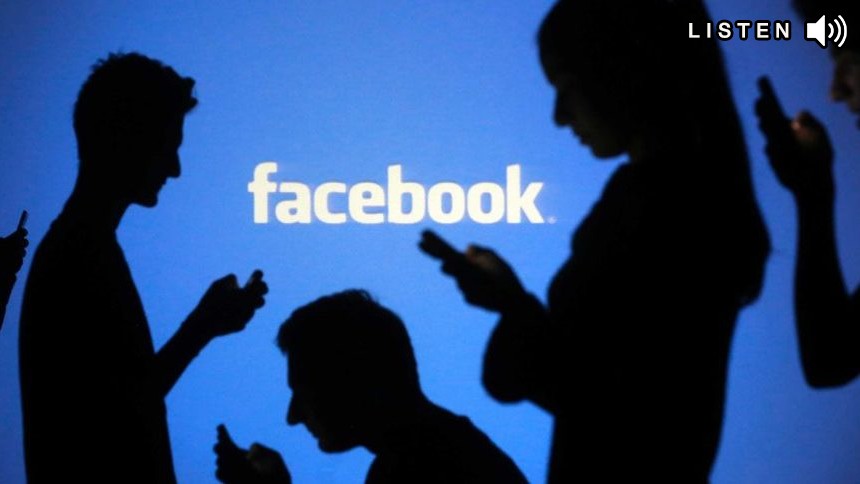 Social media influencers are the latest target in the push to tackle online misinformation in Australia, with Facebook and Instagram warning the biggest stars on their platforms they could be targeted by scams.

Following numerous episodes in which celebrities have supported or amplified falsehoods about COVID and vaccines, Facebook is launching a push to educate online creators about social media falsehoods.

The platform has warned that disinformation could be used to create political ‘smear campaigns’ or be deployed by foreign governments in Australian elections.

The ‘Don’t Be A Mis-Influencer’ campaign, to be rolled out across Facebook and Instagram, comes amid rising concerns about misinformation and hoaxes online.

Rapper Nicki Minaj came under fire last week for spreading false claims of side effects of COVID vaccines, while celebrity chef Pete Evans and several Australian politicians have also been slammed for undermining the effectiveness of vaccines or public health measures.

Numerous celebrities and influencers have also shared incorrect claims about the virus, vaccines and health orders.

Facebook’s latest transparency report, which details what it was doing on misinformation, noted it had removed more than 14 million pieces of harmful COVID content globally since the beginning of the pandemic, including 110,000 Australia-specific posts.

The campaign is not solely about COVID, and will target a broad range of misinformation or conspiracy theories.

However, heightened attention on such harmful claims has raised alarms about whether social media influencers are being duped into spreading falsehoods.

“Your media profile means your voice is very influential,” the toolkit, developed with First Draft, warned.

“That’s why the people who try to spread disinformation want to use it. You have the audience and the voice they lack, so you’re an ideal host for them to piggyback onto.”

The campaign warned influencers that “even if you don’t believe the rumour, but still discuss it, that still works for them, as you are acting as a megaphone for their misinformation”.

“Ideally they want influencers like you to repeat their rumours.”

The toolkit flagged an example of singer Rihanna posting a doctored photo that vastly overestimated the size of Australia’s ‘black summer’ bushfires in 2020.

It asks celebrities to “take a beat before sharing”, urging them to check what they are posting and supplies First Draft fact-checking resources.

“Audiences trust the messages of the influencers and creators they follow. It’s hard to make sense from the influx of online information – and mistakes can happen,” Ms Kruger said.

“Unfortunately, this means misinformation can be shared to thousands and sometimes millions of fans in just a moment. Influencers are also a prime target for those trying to spread disinformation in order to amplify their false stories.”

The toolkit says that people could use disinformation to make money or just for fun, but also warned that it could be used “for political gain”.

“Like creating a smear campaign before a domestic election, or a foreign government interfering in another country’s election,” First Draft said.

Australia’s next federal election is due by May and tipped for early next year – potentially March.

The toolkit will be shared directly with certain celebrities and influencers in Australia on Facebook and Instagram.

In addition to helping stop influencers from sharing hoaxes, they will also be encouraged to warn their followers about the dangers of misinformation.

Josh Machin, Facebook’s Australian head of public policy, said the campaign was important as more people were getting their news directly from social media.

“We know people follow a range of information sources, and many rely on creators as one way to get to information,” he said.

“We’re consistently working to ensure credible information is promoted on our platforms, and creators can play a role in this too.”

Abbie Chatfield is a content creator and podcast host, who gained fame from appearing on The Bachelor TV franchise. She has more than 316,000 followers on Instagram, and has previously spoken about the need for online personalities to be responsible with the information they share.

“Giving creators the tools to identify misinformation will hopefully create a trickle down effect, and lessen the amount of misinformation spread by all users across platforms,” she said of the Facebook campaign.

“All social media users have a responsibility to fact check the information they are sharing online, and this is especially important for creators with large followings.”