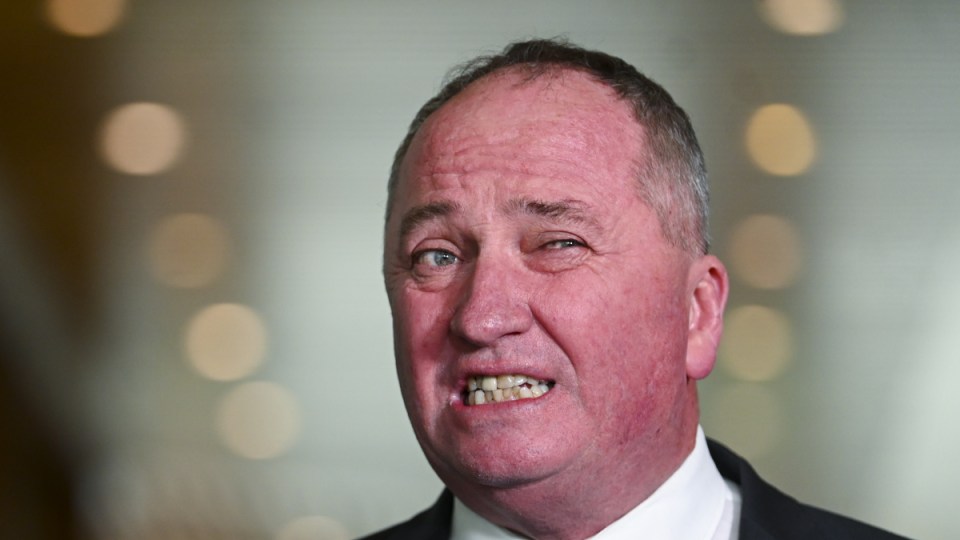 Christian Porter should be given “another chance” at being a minister in future, according to acting prime minister Barnaby Joyce, because there was “nothing illegal” about his blind trust donations scandal.

But Mr Joyce has conceded a federal parliament oversight committee may further probe Mr Porter’s anonymous benefactors, as Labor and the Greens demand further answers on where the money came from.

“He has had a bad day at the wicket, no doubt about that, and that issue has been dealt with,” Mr Joyce told a Canberra press conference on Monday.

Mr Porter resigned as minister for industry, science and technology on Sunday, after admitting his decision to accept money from a blind trust to help pay his legal bills had become a “distraction”. However, he will stay in parliament as a backbencher, and has given no indication that he plans to disclose the identity of the donors to the trust, or that he will return the money.

Mr Porter claimed he could have no knowledge of the donors to the entity behind the blind trust, known as the Legal Services Trust. But in a statement after he resigned, he said the trustee assured him none of the donors were lobbyists or prohibited foreign entities.

Prime Minister Scott Morrison said it was “appropriate” Mr Porter resigned for refusing to share further information on the trust. But just hours after Mr Morrison had boarded a plane to the US for meetings with President Joe Biden, leaving Mr Joyce as acting PM, the Nationals leader gave a full-throated defence of Mr Porter.

“My own recommendation is that he is an incredibly capable politician.”

Mr Joyce, who was forced to resign as deputy PM in 2018 before returning to that position earlier this year, urged Mr Porter to remain in parliament and hoped he too would return to higher office.

“You’ll have a bit of time on your hands but you can use it effectively, and I’m sure he will, if he does it effectively, I believe he should be given another chance at some future time in a senior role,” Mr Joyce said.

In an earlier TV interview, Mr Joyce had said: “I’ll put money that we’ll see him back again.”

However, despite Mr Joyce’s comments, Labor and the Greens have made no claims that Mr Porter’s conduct is illegal – instead, arguing that his decision to accept money from the trust, without disclosing its source, fell foul of ethical considerations.

He said Labor would “raise this in every possible way” through the parliament, including a referral to the House of Representatives’ standing committee on privileges, or potentially a censure motion.

“It’s clearly a matter that the parliament as a whole could be looking at in the form of a censure motion.”

Greens leader Adam Bandt has said his party will consider moving a no-confidence motion in Mr Porter when parliament resumes in mid-October.

Greens senator Sarah Hanson-Young tweeted “it doesn’t matter whether it’s the front, back or [cross] bench, MPs all have a responsibility to uphold the intent of parliament’s transparency and accountability measures.”

“Mr Porter took the money, he must report, repay or resign.”

Mr Joyce admitted that parliament would “probably consider it in regards to going to privileges”, and that the government would “see then what further deliberations that they have.”

Health Minister Greg Hunt, at his own press conference in Melbourne, said the issue was “a matter for Mr Porter and the parliament”.

‘Nothing illegal’: Barnaby Joyce says he wants Christian Porter back as minister