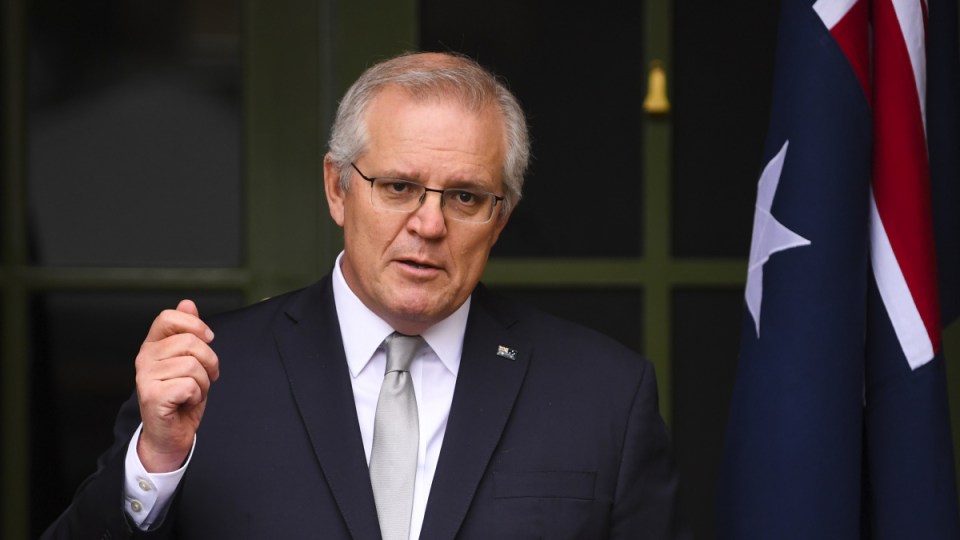 Scott Morrison announces more support for NSW, in the wake of an extended lockdown. Photo: AAP

Residents in locked-down Sydney will get another $150 a week in federal support payments, while those on welfare will also get an extra payment, as NSW faces another month under stay-home rules.

In the latest change to federal disaster payments, supports will be lifted to the same level as the old JobKeeper payment.

But despite growing calls for a return of the wage subsidy, Prime Minister Scott Morrison maintains it will not come back.

“It is tough going,” Mr Morrison said of the Sydney lockdown, which wasextended by another month on Wednesday.

“But what I want to assure you of… the Commonwealth government has your back, just as we’ve had the back of Australians all through this crisis.”

The COVID-19 Disaster Payment, for those who’ve lost more than 20 hours of work in the ongoing Sydney lockdowns, had already increased from $500 to $600 a week. It will now go to a maximum $750 weekly after the latest update from Canberra.

People who have lost more than eight hours work will be eligible for $450 a week, up from the current $375.

Crucially, people who receive a welfare payment and who have also lost work will finally receive some extra cash, with new support of $200 a week. Previously, anyone getting Centrelink allowances such as JobSeeker or Youth Allowance were not eligible for the disaster payment, even if they had lost significant hours at work.

“The whole point of this is that people are not able to earn that extra income they were earning,” Mr Morrison said at The Lodge, where he is quarantining for two weeks after returning from Sydney.

“They have been prevented from doing that, and this will provide them some additional support.”

Wednesday’s changes came as the crisis in NSW showed no sign of easing, with 177 more local cases. There was also another fatality – a woman in her 90s, who takes the toll from the current outbreak to 11.

Also on Wednesday, Mr Morrison said business support would be  boosted through a partnership of the federal and NSW governments. Companies with up to $250 million turnover will be eligible, up from the current $50 million cap, with payments up to $100,000 a week available.

Some 400,000 businesses, employing 3.3 million workers, will be included in the scheme. Mr Morrison said the federal support to NSW would cost about $750 million a week, plus “significant” additional amounts from the state government.

The scheme will be available for all future lockdowns, from day one of stay-at-home orders, with the first week’s support paid in arrears after the eighth day.

“It is basically what we were doing last year in Victoria, when Victoria was in the same lockdown. So it is a commensurate level of support,” Mr Morrison said.

The last time the federal government announced changes to the NSW support arrangements, the Victorian government branded Mr Morrison a “disgrace”, claiming he was acting only as “the Prime Minister of NSW”.

Earlier on Wednesday, Mr Morrison and Treasurer Josh Frydenberg had announced the federal and Victorian governments would jointly inject another $400 million into that state for business support. Victoria came out of its own fifth lockdown on Wednesday.

The new Victorian supports will include grants to businesses that have been forced to close or decrease capacity, payments to hospitality, and grants to alpine businesses hit hard by the loss of tourism.

Social advocates and charities had pleaded for NSW welfare recipients to be included in the disaster payments, concerned they would be left on the below-poverty level of unemployment benefits alone, without any ability to top up their incomes.

“What the government is doing is providing some basic income support for those who aren’t on the social security system, who don’t get any support from the government,” he told Triple J’s Hack last week.

Those on welfare will be able to apply to Services Australia for the extra $200 from next Tuesday (August 3).

Mr Morrison said the boosted payments were so there was less incentive for people to leave home in search of extra work.

“What we are asking people to do in Sydney is still abide by the restrictions that have been put in place by the NSW government, to stay home, to get tested, to get vaccinated… that is the only way we’re going get through this.”

Businesses will have to commit to maintaining their headcount of workers, and “not taking active steps to terminate their employment”, to qualify for the support. Despite the upgraded disaster payments reaching the same $1500 a fortnight level that JobKeeper offered, Mr Morrison again shot down calls for the wage subsidy to return.

“It is not the right solution for the problems we have now. What we are doing now is faster, it is more effective, it is more targeted,” he said.

“JobKeeper was a great scheme but you don’t play last year’s grand final this year. You deal with this year’s challenges.”