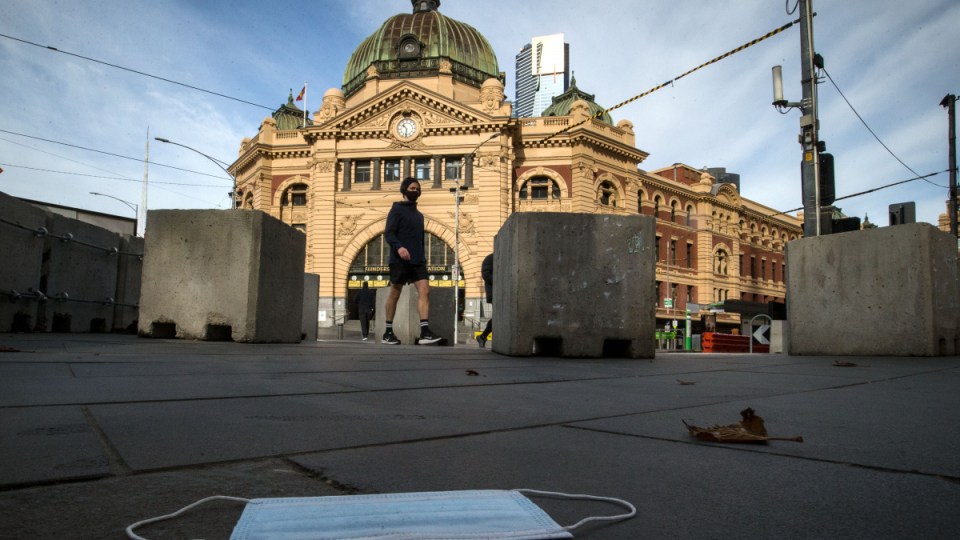 Victoria has confirmed eight more local COVID infections as it emerges from its fifth virus lockdown.

All of Wednesday’s cases are linked to local outbreaks and were in quarantine while infectious.

Statewide, virus restrictions were eased at midnight on Tuesday after a 12-day shutdown to keep the Delta COVID-19 variant at bay.

Victorians are now able to travel any distance from home, and leave for any reason. But masks remain compulsory indoors and outdoors.

A ban on home gatherings remains, although people are able to gather outside in groups of 10.

Restaurants and cafes can reopen for seated service, with a maximum cap of 100 per venue and density quotas of one person every four square metres. Smaller venues are limited to 25 people.

Retail, live music venues and gyms have also thrown open their doors again – with strict density limits – and workers can return to offices at 25 per cent capacity. Students in all year levels are back at school.

However, the business community is warning many venues may not be able to open under the new rules, which are expected to remain for two weeks.

“I predict half the cafes on Chapel Street won’t open for another few weeks because of tough density quotas that simply make it inequitable,” Chapel Street Precinct general manager Chrissie Maus said.

“The new restrictions won’t enable restaurants, cafes and hospitality venues to return to numbers which allow them to run a profitable business,” the body’s Victorian head Tim Piper said.

Despite the end of lockdown, Premier Daniel Andrews warned the fight against the highly infectious Delta variant was “not over”.

“We’ve got to be vigilant against this virus, the Delta strain, in the days and weeks and months ahead until we get as many people vaccinated as we possibly can,” he said on Tuesday.

“We’re on the cusp of containing our second Delta outbreak … but we can’t call it mission accomplished yet,” chief health officer Brett Sutton added.