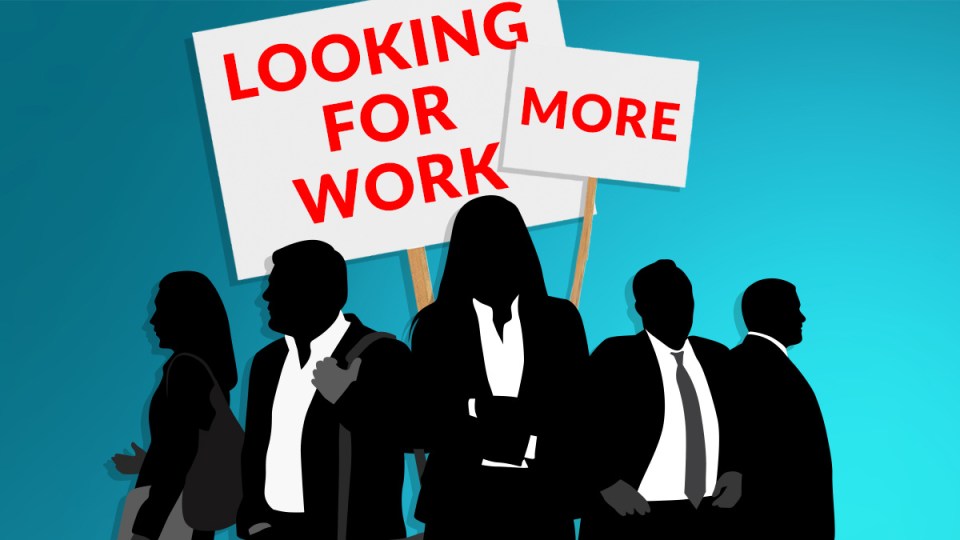 Underemployment is back to pre-pandemic levels but many workers are still struggling to pick up enough shifts. Photo: The New Daily

Underemployed workers from around the country say headlines about the labour market “snapback” paint a rosy picture, but the truth is there are just not enough jobs.

The working divide is “widening inequality” in Australia and hitting lower-skilled sectors more, the first underemployed workers report from the Australian Bureau of Statistics revealed on Wednesday.

The pandemic has made underemployment all the more stark, but the ABS admits it has been a growing trend, and one that it started monitoring in 2014.

The burgeoning employment status is hurting individuals, and it’s having a knock-on effect to the wider economy, employment specialists say.

Underemployed workers are defined as those who are employed, part-time, and able/want to work more hours than they currently do.

Like Paulene, 53, who usually works between nine and 15 hours a week at a clothing store at Brisbane Airport. This week it was three.

“I don’t know one minute to the next how many hours I’m getting,” Paulene told The New Daily.

“Permanent hours would definitely help. Also for stability for the family as well as budgeting.”

The single mum of two supplements her income with JobSeeker.

Most weeks she has nothing left after paying for rent, food and petrol.

For her birthday this year, she bought herself a pair of $18 work shoes.

Paulene has had her job for more than 18 months, but has struggled to find extra work that will fit with raising her youngest child.

She said the idea she could ‘just get more hours’ was a fallacy.

“Show me where the full-time jobs are,” she said.

Devlin Adams, 21, is on the books at the MCG and the Convention Centre in Melbourne.

Because of lockdowns and restrictions, he’s had only a handful of shifts this year.

“There’s no work at the moment. So I spend two to four hours a day browsing jobs, applying for everything,” Mr Adams said.

He can’t get JobSeeker because he is living with his parents, but can’t move out until he can get more shifts.

“I feel like I am in limbo. It’s pretty depressing considering I was getting four shifts a week,” he told TND.

Lauren, 21, who did not want her real name used, gave up her part-time position at McDonald’s in Adelaide to follow a career in public health, a field in which she’d just completed a degree.

But after a year of scraping by on shifts in odds-and-ends public health jobs, she is considering a return to hospitality.

“It’s so sporadic, I can’t plan my life. I’ve been looking for a second job, but I can’t find a lot of jobs that pertain to my degree,” Lauren said.

“It will be frustrating if, after getting this starting career job, I have to go backwards.”

She is overqualified for many of the jobs available and would make less money than what she brings home now.

She’s trying to make good decisions for the future.

The snapshot from the ABS revealed the industries where underemployment exists the most are accommodation and food services, the arts, administrative support, and transport and warehousing.

Workers in low to medium-skilled jobs are more likely to get fewer hours than they want, with labourers, sales workers, community workers and machinery operators hit hardest.

University of Melbourne employment specialist Jeff Borland said the fact the data revealed workers on less than 10 hours a week were the ones who were desperate for more work showed how the “bounce back” had not gone far enough.

“This idea that people who work less than 10 hours would prefer to work 16 more, that’s stark,” Professor Borland said.

“You’re only working five hours and you want to work 16 more. It’s falling predominantly on lower-skilled occupations who are working fewer hours.”

He said workers not being able to pick up enough shifts is having huge impacts on the economy and livelihoods.

“Underemployment is having implications on the distribution of income – It’s widening inequality,” he told TND.

Last week, Roy Morgan data showed 1.39 million Australians were unemployed in June, down 99,000 in May, with an unemployment rate of 9.4 per cent.

Underemployment was virtually unchanged at 8.5 per cent (1.26 million) in May.

Professor Borland said getting the underemployment rate back to pre-pandemic levels was a good start, but there was still a long way to go.

Underemployment is ‘widening inequality’ in Australia