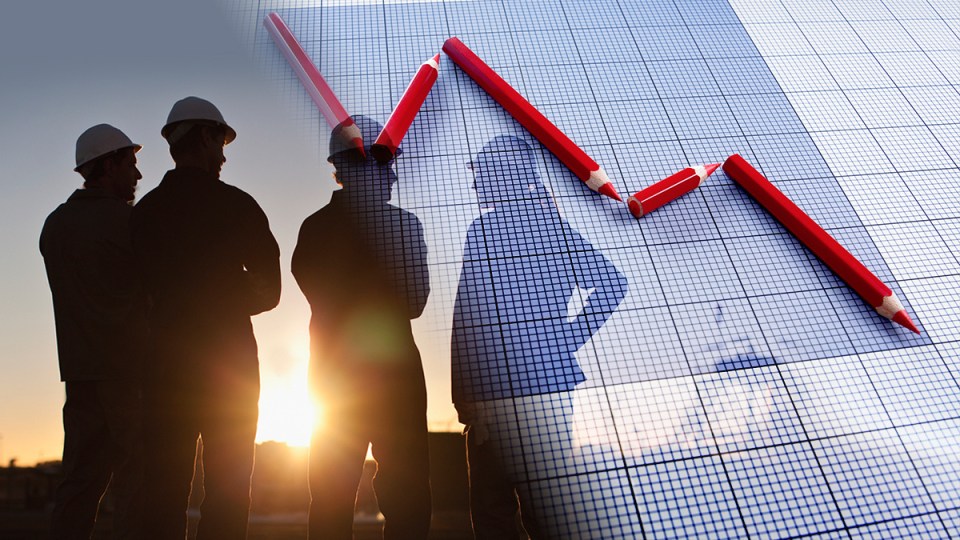 COVID lockdowns have shrunk the size of the workforce. Photo: TND

About 31,000 jobs were lost in April after JobKeeper ended, slowing the pace of Australia’s COVID-19 recovery for the first time in six months.

The unemployment rate still fell to 5.5 per cent from a revised 5.7 per cent, because some people laid off after the removal of JobKeeper did not immediately start looking for new work, ABS data revealed.

In the two weeks after JobKeeper ended, plenty of workers lost their jobs. But while some found new work, others decided to take some time off before starting their new job hunts.

What we don’t know yet is how many people actually lost their jobs and how many of them decided to leave the labour force.

Further clues should emerge in May as data becomes available (more on that below).

ABS head of labour statistics Bjorn Jarvis said “we have not seen large changes in the indicators that would suggest a clear JobKeeper impact”.

In other words, it’s a mystery, but not one that’s worrying economists.

That’s because the April labour data published on Thursday is more about what didn’t happen than what did.

The so-called JobKeeper cliff – the prediction that up to 150,000 people would lose their jobs when wage subsidies expired – was nowhere to be seen.

Or more precisely, the number of jobs lost was smaller than feared and the economy at an aggregate level appears to have climbed its way out fairly easily.

“The end of JobKeeper was not a cliff. I don’t think there’s a question mark over that.”

The data comes after Treasury boss Dr Steven Kennedy estimated earlier this week that 16,000 to 40,000 people lost their jobs when JobKeeper ended.

April’s fall in employment was also entirely driven by the loss of 64,400 part-time jobs as full-time work actually increased by 33,800.

Underemployment also fell to 7.8 per cent (from 8 per cent), hitting the lowest level since early 2014, which isn’t too shabby after a pandemic.

The data tells us the labour market is getting tighter, meaning we’re getting closer to the point where bosses will have to start lifting wages.

However, the Reserve Bank doesn’t think the jobless rate will fall to 4.5 per cent until the end of 2022, and we might need to get it below 4 per cent before wages growth picks up.

It will be an increasingly difficult journey, because with employment levels now higher than before the pandemic further job creation will be difficult to come by.

The easy gains from the immediate bounce back have now all gone.

Meanwhile, some industries are still dealing with the fallout from the ongoing international border closure.

We can see that in the state-by-state employment breakdown.

Although Victoria is still rebounding after spending longer in lockdown, gaining about 3500 jobs in April, New South Wales is further along its recovery and actually lost 36,600 jobs in April.

Yet both states have the same jobless rate of 5.5 per cent.

“NSW got back to where it was pre-pandemic a little earlier than other states, so that period of catchup is over,” Indeed APAC economist Callam Pickering told The New Daily.

“What we might be seeing [in NSW] to some extent is the impact of reduced migration and travellers.”

That’s a sign the labour market is emerging from the pandemic with a bit of a speed limit on it – one that’s likely to drag on the recovery until the vaccine rollout progresses and international borders reopen.

But it’s also unlikely to prevent the economy from improving – in no small part because of the federal government’s spending spree and the RBA’s insistence that interest rates remain at their record lows.

“While we’re missing the demand, and hence the jobs created, by migrants, international students and tourists … that loss is more than offset by the diversion of spending from Australians that would have travelled overseas had they been allowed to,” he told TND.

“That would appear to be creating more demand and more jobs.”

A quick note on JobKeeper

To better understand how the economy has fared after JobKeeper ended, it’s worth remembering the ABS measures unemployment using a survey, or what is known as an employee (or household) measure.

It means we’re not actually counting each job and what happens to them, but asking a sample size of about 50,000 people about their job status.

The survey does not specifically ask about JobKeeper.

And this is important when it comes to working out what happened to unemployment when the wage subsidy scheme ended.

That’s because the fall in employment we’ve seen in April is largely within what economists call a margin for error, meaning it’s difficult to determine whether losses were because of JobKeeper’s removal, or explained by the typical churn of jobs seen in any normal labour market.

One clue is the survey timing, which was between April 4 and April 17.

That’s a few weeks after the last JobKeeper period ended on March 28.

But employers were eligible to receive their last JobKeeper cheques from the government until April 14, which means they would have still had the money to pay staff beyond that date if they wanted to.

On top of this, Mr Eslake said the data suggested many more workers than usual took holidays in April, which may mean some workers who were effectively unemployed after JobKeeper ended said they were on holiday instead.

“It’s possible some of the people who took leave described themselves as not in the workforce,” he said.

The ABS also flagged this as a potential issue for unemployment.

“A key factor is whether people who were in JobKeeper-supported jobs, but who no longer had paid work, considered that they still had a job in April,” it said on Thursday.

Crucially though, the ABS has been looking out for signs of the effect of JobKeeper’s removal on the labour market.

And it said it hadn’t seen any red flags in the April data, such as an explosion in people working zero hours.

But we’ll have a better picture of where unemployment stands after the May data is released next month.