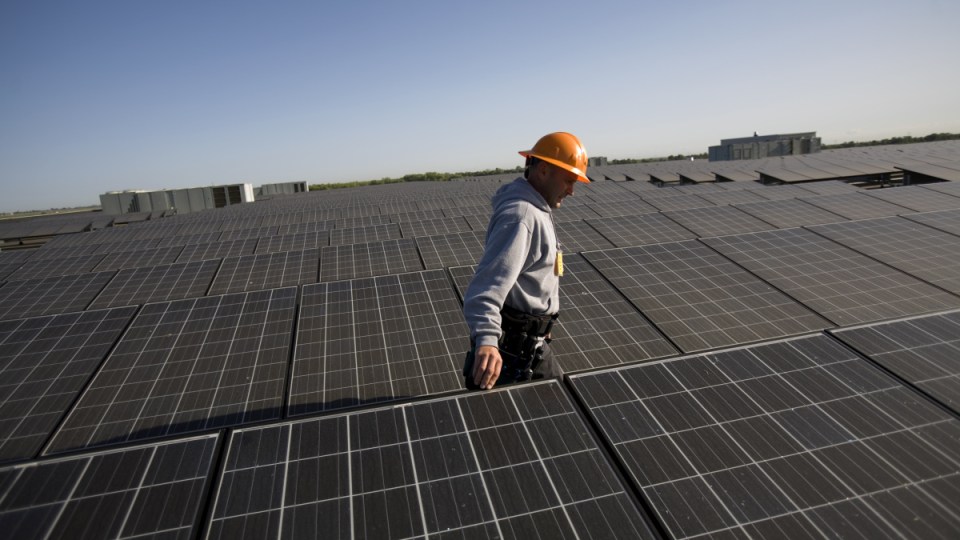 Australia has the potential to boost its renewable energy production by manufacturing batteries. Photo: Getty

Australia could add billions to its economy, create thousands of jobs and clean our energy grid by making batteries here, instead of shipping the raw minerals to China, emerging research has revealed.

It comes as energy insiders warn the majority of Australia’s coal-fired power stations will be retired in the next five to 10 years, leaving the country’s power grid vulnerable.

They say it’s time to get serious about moving to a carbon-free future.

This week, a groundbreaking report by Accenture Plc into the future of batteries found that developing the ability to build and manufacture lithium batteries within Australia would contribute about $7.4 billion to the nation’s economy by 2030 and create 28,000 extra jobs.

Australia is in a unique position to do this, as it is one of the only countries in the world with all the minerals needed to make batteries.

Instead, the report says we’re wasting the opportunity by sending our resources overseas for others to process.

Australia accounts for about half the global total of minerals needed to make batteries, while China processes 80 per cent of the batteries made for the world.

Europe is positioning itself to be a dominant player in the future, adding new manufacturing capabilities and increasing its market share in electric car sales.

If Australia stays out of the competition and continues to send the resources offshore it will lose billions of dollars, the report found.

“There is substantial economic value to gain if we capture the opportunity.”

There are, of course, obstacles: A shortage of skilled workers, high labour costs and a lack of domestic customers, including electric automakers, are flagged in the report as hurdles.

Managing director at the Advanced Manufacturing Growth Centre (AMGC) Dr Jens Goennemann said Australia was in a prime position to reap the benefits of the global battery boom.

“Australia is the only county in the world that has all the commodities needed for lithium batteries. That is absolutely amazing,” Dr Goennemann told The New Daily.

Every individual job in manufacturing creates another 3.6 jobs, he said, and developing the industry would make Australia a leading competitor.

“It’s not only Australia. There’s a global demand for batteries – including but not limited to cars – so let’s get the best from our country,” Dr Goennemann said.

“We have 7.5 billion people in the world, many are driving cars. If they’re driving cars with Australian commodities, how good is that?”

Just over three years ago Elon Musk made a bet that he could solve South Australia’s looming energy crisis by installing a huge battery – all in under 100 days for a total cost of less than $100 million.

But Mr Musk made good on his promise, and sparked a flurry of battery building across the nation.

In just three years, six batteries have joined the national energy grid and some 60 more are planned.

A recent report from the 2021 Australian Energy Statistics showed 24 per cent of Australia’s electricity came from renewable energy in 2020, up from 21 per cent in 2019.

This increase is driven by a boom in solar installation, as Australia has the largest amount of solar panel per capita than any other country.

The federal government argues the slower pace of renewable uptake is why we need a “gas-led” energy transition.

But as the ecological crisis driven by unmitigated global warming looms larger over Australia, the majority of voters want the federal government to cut greenhouse gases to net zero by 2050.

Gas or no gas

To reach that goal, we need to transform the national energy grid. How we do that is a hotly contested issue.

A recent report by the Grattan Institute found a 100 per cent renewably powered electricity grid is currently an unviable target because of what it calls the ‘winter problem’.

On average there are two weeks of every year where the sun doesn’t shine and the wind doesn’t blow across the eastern seaboard – the ‘winter problem’.

Tony Wood, energy program director at the Grattan Institute, said gas may need to play a small part in the transition, just over those two weeks.

“The role for gas is a bit like a cameo role in movies,” Mr Wood said.

“There are times we can move electricity from Queensland to Victoria and so on. But our solution for the days that we can’t, is probably gas.

In many ways, batteries are far better than coal and gas. They’re fast and increasingly reliable. But the cost comes with storing energy in them for a long period of time, Mr Wood said.

“How do we get to 100 per cent renewables? It’s a problem we have to address.”

Whatever role batteries play on a domestic scale, the demand for them will only increase globally, The Australia Institute climate change and energy director Richie Merzian said.

Across the globe, batteries will do the grunt work to get us to work or visit families and friends. They’ll power our houses, warm our rooms, cook our food, drive our cars.

“Batteries are going to become essential in terms of transport and how we power our houses. It makes sense to make them here,” Mr Merzian said.