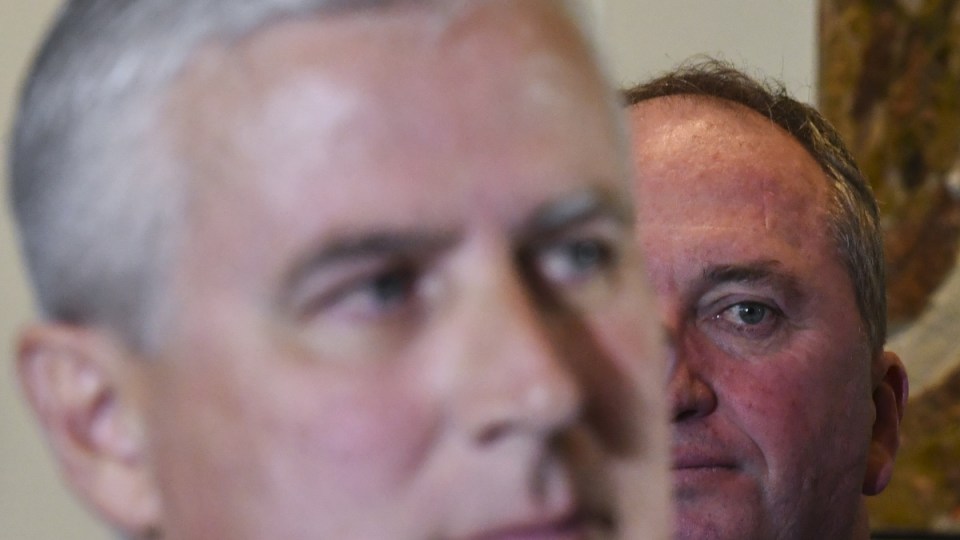 The debate over a heating climate looks to yet again ignite a bleak Canberra winter, with the National Party fracturing (again) and potentially looking at a Barnaby Joyce leadership spill as early as Monday.

The key players are not ruling out a challenge in the final Parliament week before the long winter break, infamously known as the ‘killing season’ for party leaders, but other sources say they won’t be shocked if – once more – the spill talk comes to naught.

“Don’t be surprised if nothing happens,” one told The New Daily, citing last year’s unsuccessful challenge by Mr Joyce.

It’s just another headache for Scott Morrison to deal with, as the Prime Minister looks to an emergency national cabinet meeting on the troubled vaccine rollout on Monday, followed by a week of Parliament via videolink from quarantine after returning from Europe.

“While farmers throughout Australia are dealing with a mice plague, there is a plague of disloyalty in the National Party,” quipped Labor leader Anthony Albanese on Sunday.

Nationals leader and Deputy Prime Minister Michael McCormack lashed out at “unsourced” reports his predecessor Mr Joyce was looking to regain those positions, in a challenge that could come as soon as Monday.

Mr McCormack, who was Acting PM last week, said he was “concentrating to make sure we get things sorted during this pandemic”.

“If others want to talk about themselves then that is a matter for them,” he said.

He told The Courier-Mail newspaper “people aren’t dissatisfied with what I’m doing as Deputy Prime Minister, they want my job. There’s a big difference there”.

Current deputy Nationals leader David Littleproud has been long tipped as a future party leader, but it has been reported he wouldn’t stand directly against Mr McCormack.

Mr Joyce and his allies have consistently agitated to cause mischief for Mr McCormack.

The Member for New England has made no secret that he wants to return as Nationals leader.

He has mounted unsuccessful challenges since being forced to quit that position in 2018 following news of an extramarital affair and an internal party investigation – which later made no determination – into allegations of harassment.

The latest tensions erupted last week, when Resources Minister Keith Pitt argued the Nationals had not been consulted on, nor agreed to, the ‘net-zero’ emissions pledge Mr Morrison has gradually been moving towards.

It is a sore point for many Nationals MPs, who claim regional communities, farmers and resource communities would be unduly affected by such a change.

Some Nats say Mr McCormack should be standing up more strongly against such an emissions target, which the government is inching toward with language about “preferably” hitting it by 2050.

Mr McCormack and Mr Morrison have played up their bond and unity in recent times, referring continually to their Liberal-National partnership as the “Morrison-McCormack government” or jokingly as “ScoMo and MickMack”.

Mr McCormack spent last week acting in the top job, but while the PM is away, the Nats will play.

It has been reported Mr Joyce may be looking to challenge Mr McCormack, potentially as soon as Monday at the Nationals regular party room meeting, as Parliament returns for its final sitting week before a six-week winter break.

Mr Joyce was staying mum on Sunday, but The Australian reported him as saying he was “not going to call a spill tomorrow”.

The Australian also reported fellow Nationals MP Llew O’Brien, who called a leadership spill last year against Mr McCormack, as saying the issues were “complicated” and “matters to be dealt with in the party room”.

He also reportedly said he was not “planning to move a spill”.

Mr O’Brien did not return calls on Sunday.

Other Nats contacted by The New Daily were also not keen to chat, but some party sources claimed a spill was not inevitable.

One, a McCormack supporter, tipped the challenge may fizzle out.

The maths on it

Mr Joyce would need to win support of another 10 of his colleagues in the 21-member Nationals party room.

The results of the February 2020 spill, where Mr McCormack fended off the challenge, were not released publicly, with various reports putting the result at between 15-6 to 11-10 to the Deputy PM.

Mr Joyce, who has painted himself as more of a coal champion than Mr McCormack, being successful in any challenge may seriously dent Mr Morrison’s pathway to locking in a net-zero climate target.

Mr Albanese, who has faced leadership whisperings of his own in recent months, jumped on the Nationals rumours when asked at a press conference.

“What is very clear is that whoever leads the National Party will lead a party that is committed to not having net zero by 2050 … that will be imposed as part of the Liberal-National party arrangements,” he claimed.

“This is a government that needs to focus on the needs of the Australian people and less on themselves.”