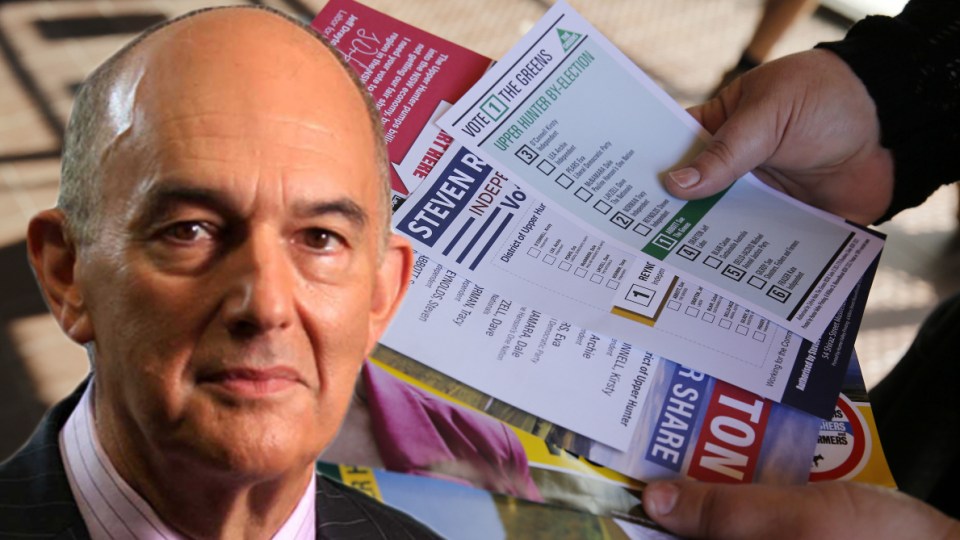 The art of politics as we know is spinning reality in such a way that perceptions become more influential than what is actually happening.

So the weekend byelection in the rural/coal seat of Upper Hunter in New South Wales, which Labor has not held for 90 years, spells big trouble for Anthony Albanese and federal Labor.

Not surprisingly this distortion is pushed for all its worth by Mr Albanese’s principal political opponent, Liberal Prime Minister Scott Morrison.

However, it is not only Mr Morrison who says the “Labor brand” is in trouble with its hitherto blue-collar voting heartland, but also long-time federal Labor member Joel Fitzgibbon.

Mr Fitzgibbon got the fright of his life in 2019 when a strong One Nation vote ate into his support, pushing the hitherto safe Labor seat to preferences.

Mr Fitzgibbon took himself to the backbench after the election so he could conduct what has turned out to be something of a jihad against his own party for giving too much emphasis to climate change and not enough to saving coal workers’ jobs.

But there is time for a reality check right there: Labor’s coal miner candidate lost to a candidate for the most actively green state government in the country – the exception being the Australian Capital Territory.

The Berejiklian government is not only committed to net zero carbon emissions by 2050, it has already committed to opening no new coal mines. And in the context of the byelection campaign, it spent $200 million not to build the proposed Shenhua coal mine in the electorate.

Mr Fitzgibbon says the voters did not believe assurances coming from state Labor or indeed Mr Albanese about coal jobs – maybe if he had used his best endeavours in recent months to back those assurances instead of undermining them the result on Saturday may not have been as dire.

Here federal Labor could emulate the Berejiklian government’s commitment to new jobs for miners, but they will have to be well-paid ones that would need a more aggressive manufacturing industry policy for the regions.

And while I am reality checking, Labor’s 21.3 per cent primary vote was not its worst performance in the Nationals’ state stronghold: Ten years ago it fell to 17.9 per cent.

It is true that if a government, state or federal is in some trouble, even their rusted-on voters can take the opportunity to send a message – Liberal voters did this in the Brisbane seat of Ryan in 2001, out of anger over the GST and petrol prices.

Labor scored an almost 10 per cent swing to take Ryan, only to see it return at the next general election to the Liberals.

The fact that Labor not only failed to generate a swing to it but saw a slight swing to the Nationals’ two-party-preferred last weekend is more on its state leader’s head, and there is no doubt Jodi McKay is on borrowed time.

But with the exception of Mr Albanese, no opposition leader around the country has their party either neck and neck or slightly ahead of the incumbent government.

Even Mr Fitzgibbon had to admit in some of his Monday media blitz interviews that the popularity of NSW Premier Gladys Berejiklian was a major factor in her government’s candidate defying precedent and holding the seat.

No doubt the premier’s handling of the accusations against the disgraced former member Michael Johnsen, aided by her deputy Nationals leader John Barilaro, went a long way to their holding the seat.

Unlike Mr Morrison, who has stood by his members when they have faced bullying or sexual abuse allegations, the state Coalition leaders expelled Mr Johnsen from the government party room and then welcomed his resignation from Parliament even though it plunged their government into minority.

This integrity could not be missed and would help explain why the premier was more popular with voters, including Labor ones, according to a Sydney Morning Herald poll.

But it should also be noted there was a significant collapse in the Nationals’ primary vote and 30 per cent of voters for the numerous independents did not preference either of the major parties.

Optional preferential voting in NSW, introduced by Labor in 1980 to disadvantage the Liberals and Nationals, probably needs revisiting by both the major parties in the state.

A big lesson of this byelection is the loss of credibility of the major parties with the rise of independents, which is masked somewhat by federal compulsory preferential voting.

If it’s generally true, it is certainly specifically true in attempts to spin Upper Hunter as an omen for federal Labor at the looming election.