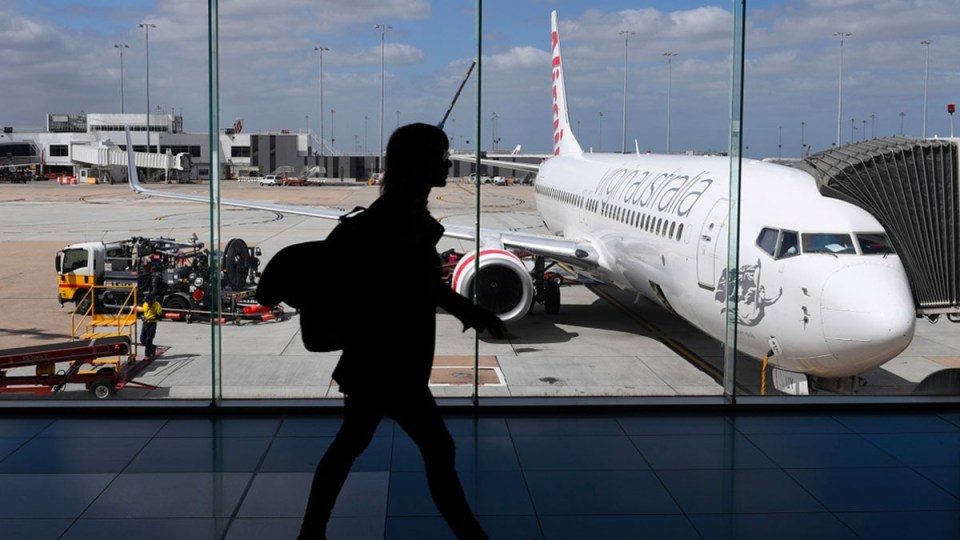 The government says all Australians will get two shots of a COVID vaccine by the end of the year, but international travel is still expected to be barred until mid-2022.

The bold vaccination prediction was made on Tuesday night under key assumptions in the federal budget, which Treasurer Josh Frydenberg admitted were “imprecise”.

The government has also confirmed plans to build complex mRNA vaccine plants in Australia, and set aside money to buy new COVID shots.

Among the debts, deficits and record spending of Mr Frydenberg’s second “pandemic budget” are – finally – information on two key questions the Morrison government has thus far been unable to answer.

The treasury department has prepared the budget with the assumption that “a population-wide vaccination program” would be in place “by the end of 2021”, and that international travellers would return to Australia “from mid-2022”.

The Treasurer further explained that the budget contains “an assumption that [Australians] will get two doses by that time”.

“The vaccine is likely to be rolled out by the end of this year to all those Australians who want that vaccine,” Mr Frydenberg told a Parliament House media conference on Tuesday.

He said international students would likely be allowed to begin returning to Australia from late 2021, with the budget forecasting “small phased programs” to start with, before increasing next year.

The budget papers further anticipate that inbound and outbound overseas travel “is expected to remain low through to mid-2022”.

When asked why the government would plan to keep the borders shut until the middle of next year, despite also assuming most Australians would be fully vaccinated some six months earlier, Mr Frydenberg said it was “difficult business making assumptions such as this”.

“They are, by definition, imprecise,” he said.

The government has come under fire for shifting deadlines and forecasts for both vaccination and border reopenings.

Later, health department projections outlined a target of six million vaccinations by May.

Australia, as of Monday, had administered just 2.66 million doses.

The international borders were previously expected to open up by October.

The government blamed uncertain vaccine supplies and overseas production issues for having to erase all those markers.

However, for all 20 million adults in Australia to get two doses of vaccine by the end of December, the nation would need to give in excess of 1.1 million doses per week – nearly three times this week’s “record” tally.

When The New Daily raised this with Mr Frydenberg, he said the number of vaccinations Australia would give by the end of the year would be lower than that required to give two doses for every Australian, as not every person would want to be vaccinated.

The budget includes $1.9 billion for vaccines over the next five years, including $778 million for GPs and pharmacies to administer jabs, and funds to “purchase additional vaccine doses, including mRNA”.

The government has marked the figure for new vaccine doses as “not for publication”, citing “commercial-in-confidence sensitivities”.

Another “not for publication” figure is funding for the Department of Science to “develop an onshore mRNA vaccine manufacturing capability in Australia”.

The world-leading vaccine technology, which underpins the Pfizer and Moderna shots, is one that Australia does not currently have capacity to manufacture.

The budget notes the government is negotiating with “existing manufacturers” and approaching Australian parties to secure a “long-term sovereign mRNA” capacity.

What’s not part of the budget, however, is any money to help state governments build dedicated quarantine facilities for returning international travellers.

Victoria and Queensland have expressed interest in doing so, after numerous leaks from hotel quarantine, and the federal government says it’s interested in Victoria’s proposal.

However, Mr Frydenberg said no money was yet in the offering for such a plan.

It sticks with the federal government’s stance that quarantining returning travellers is a state role, in line with state public health orders.

The Treasurer said Canberra was “working through” the Victorian plan, but wasn’t ready to commit any funds yet.

Josh Frydenberg finally confirms when we’ll get vaccinated, be able to travel overseas