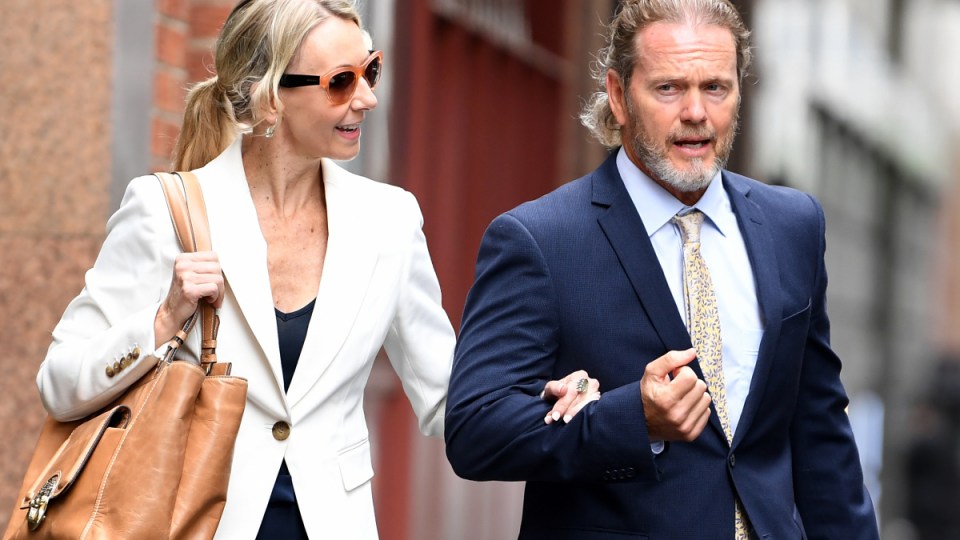 Australian actor Craig McLachlan, seen here with partner Vanessa Scammell arriving to give video evidence from his barrister's office in November 2020, has given an emotional interview to Channel 7. Photo: AAP

Channel 7 is facing a backlash over its airing of a “tell all” interview with actor Craig McLachlan.

In December, a Melbourne magistrate found Mr McLachlan not guilty of seven indecent assault charges and six common assault charges relating to his alleged conduct towards four women while playing the starring role of Frank-n-Furter in The Rocky Horror Show during its 2014 run.

The Channel 7 interview, which aired on Sunday night, was Mr McLachlan’s first interview since his acquittal. The 55-year old actor is now suing the ABC, Fairfax (now part of Nine) and an actress for defamation over 2018 reports that he indecently assaulted, harassed and bullied his fellow cast members.

Despite his acquittal, the heat remains on Mr McLachlan.

The interview came a day after reports that a court document reveals three more actresses have accused him of sexually harassing them on the set of The Doctor Blake Mysteries TV series as well as during The Rocky Horror Show.

The document, released to the ABC this week by the NSW Supreme Court, also alleges that Mr McLachlan bullied and intimidated actor Tim Maddren, who played the role of Brad in The Rocky Horror Show.

In the Channel 7 interview, Mr McLachlan cried over what he called “the absolute demolition” of his life.

He claimed he was made to look like “some dirty pedophile”, contemplated suicide, and hadn’t worked for three years because of the accusations.

“The crucifixion was so brutal.

“In this post Weinstein hashtag #MeToo world I can’t win,” he said.

The backlash to the interview erupted on social media even before it was broadcast, and continued as it aired.

The co-editor of TV news website TV Blackbox also weighed in on the production of the interview:

As did radio’s Anthony “Lehmo” Lehmann:

Actress Tamzen Hayes was among the women named in the list of allegations against Mr McLachlan.

Fordham said during his radio on Monday “I know Tamzen Hayes…I believe her”.

“I’ve worked with her before and I know her to be a credible and trustworthy young woman. On this claim, I believe her,” he said.

The new allegations by Ms Hayes are that Mr McLachlan sexually harassed her when she was playing the role of a corpse and gave her an unwanted, open-mouthed kiss during filming of season two of the Dr Blake Mysteries in 2014.

Ms Hayes played the role of Virginia McKay in season two of Dr Blake in 2014 and was on set for three days of filming.

“On the first day of filming, Hayes was required to play a dead woman in a scene shot inside a room set up to look like a morgue,” the defence document says.

Other allegations include that Mr McLachlan had kissed Ms Hayes in a carpark.

The document containing the allegations was released this week by the Supreme Court, and is part of the ABC’s defence to Mr McLachlan’s defamation claim.

His partner, Vanessa Scammell, was by his side for weekend media interviews as she made it clear she believes him.

Before the TV interview aired, Ms Scammell also spoke to The Daily Telegraph about the toll the allegations had taken on the couples’ lives.

She said she “never had a shadow of a doubt” about her partner’s innocence.

“It remains unfathomable that your life can unravel in an instant with unsubstantiated allegations and headlines,” Ms Scammell said.