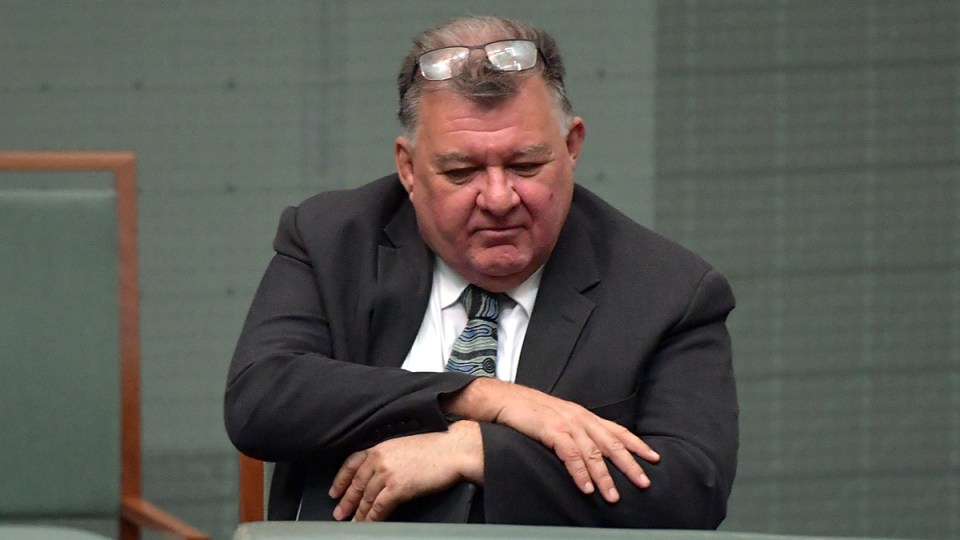 Rogue federal MP Craig Kelly has been permanently deleted from Facebook, with the social media giant booting the former Liberal politician for “repeated” publication of “misinformation” around COVID and vaccines.

“We don’t allow anyone, including elected officials, to share misinformation about COVID-19 that could lead to imminent physical harm or COVID-19 vaccines that have been debunked by public health experts,” a Facebook spokesperson told The New Daily.

But despite Mr Kelly’s main page – with more than 80,000 followers – being blocked, he still has another smaller back-up page and an Instagram profile.

Mr Kelly, who quit the Coalition in March after being reprimanded for his continual boosting of coronavirus treatments not backed by Australian medical experts, had his Facebook page go offline on Monday morning. Searches return a message that “this page isn’t available”.

The member for Hughes, in Sydney’s south, has come under regular fire from fellow politicians and medical professionals for his unrelenting backing of headlice drug ivermectin and anti-malaria treatment hydroxychloroquine as possible treatments for COVID. Mr Kelly denies he is an anti-vaxxer, but has also repeatedly cast doubt on Australia’s medical experts and health department.

Mr Kelly had far from the largest Facebook following among Australian politicians, but his posts – mostly casting doubt on the science of climate change, and COVID issues – were often among the most popular in Australia.

As TND has previously reported, Mr Kelly’s posts regularly far outdid those of Prime Minister Scott Morrison, in terms of reach and engagement.

Facebook did not detail whether there was any specific post that led it delete Mr Kelly’s page, but a company spokesperson said it was in response to breaches of standards on misinformation.

Facebook has previously banned Mr Kelly temporarily from posting to the platform, over prior breaches of the same misinformation policies. Mr Kelly posted a meme to social media last week that joked he was “in an abusive relationship with Facebook community standards”.

He responded to the ban on Monday afternoon via one of the social media avenues still available to him – Twitter. In a post, he described Facebook’s move as censorship and an attack on “freedom of political speech”.