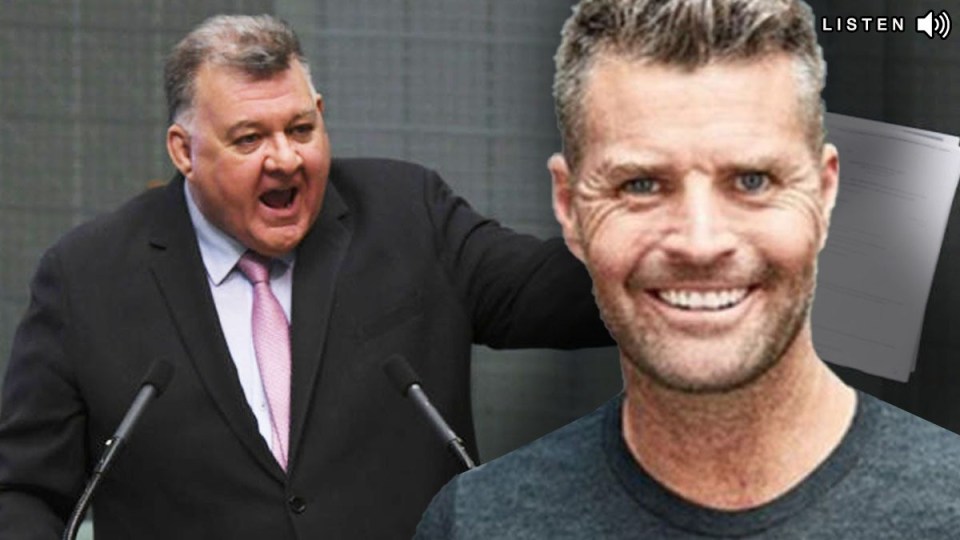 Mr Evans and Mr Kelly met for a quiet coffee in Canberra on Thursday.

The former Liberal member told The New Daily the meeting was part of a push by former One Nation senator Rod Culleton to clear his name after being booted from the Parliament four years ago.

“I had a coffee, a cappuccino with full cream and two sugars, and he had a herbal green tea,” Mr Kelly told TND.

Mr Evans recently announced he would run for the Senate in NSW on the ticket of the Great Australian Party, a Western Australia-based microparty led by Mr Culleton.

When Mr Evans was spotted inside Parliament House with Mr Kelly on Thursday, group chats and text messages fired up on phones across federal politics. Olivia Caisley, a reporter with The Australian, raced down and snapped a photo of the duo in the building’s main foyer.

Spotted in the Marble hall of power 👀 @CraigKellyMP and Pete Evans. They apparently had a meeting earlier this morning. Oh to be a fly on the wall during that conversation. @australian #auspol pic.twitter.com/1hy9rRTu4c

Mr Kelly, while still a member of the Coalition, stoked controversy when he appeared on Mr Evans’ podcast in February. The pair spoke about COVID and hydroxychloroquine. The interview led to Mr Kelly being rebuked by Prime Minister Scott Morrison, and was a key factor in his quitting the Liberal Party.

Mr Evans hailed Mr Kelly as a “beautiful and beyond courageous man” and a “true hero” during the interview, adding “if we’re ever in Parliament together, I’d love to share a meal with you”.

That opportunity came on Thursday, but Mr Kelly said Mr Evans enjoyed a “straight green tea” instead of a lunch. However, their meeting was more than just a friendly visit.

It was prompted by a lobbying attempt from Mr Culleton, who told TND he has “unfinished business” in Canberra and wants to clear his name after being kicked out of the Senate in 2017. He and Mr Evans were there to lobby politicians to support their push.

Mr Culleton quit One Nation to sit as an independent after a row with party leader Pauline Hanson.

He was later disqualified from Parliament altogether, in a case linked to section 44 of the constitution. The Federal Court ruled Mr Culleton was an undischarged bankrupt – a disqualifying factor under section 44. Mr Culleton disputes this, and said he wants the issue revisited and officialy overturned. He spoke to several federal politicians about his pursuit on Thursday.

“It was to do with unfinished business in relation to referrals in 2016 made by the former president of the Senate, Stephen Parry, and how the Parliament is yet to deal with it,” he told TND.

Mr Culleton maintains he was never bankrupt, and therefore his disqualification from the Senate was unfair. It is a claim he has outlined in an earlier interview with TND, when he said he would also run for the WA upper house at the next election in a bid to return to politics.

“There is unfinished parliamentary business the Senate has tried to avoid, but it cannot avoid it,” he said.

Mr Culleton said he had approached several federal politicians, including Mr Kelly, over his push.

There had been talk that Mr Culleton would approach Mr Kelly to join the GAP, after he left the Liberals. However, both men denied this.

Asked if he had formally approached Mr Kelly to join, Mr Culleton responded “everything is always open, but nothing at this preliminary stage. That wasn’t the purpose of this visit”.

Mr Kelly also shrugged off such a suggestion.

“Pete is doing his thing, I’m doing mine,” he said.