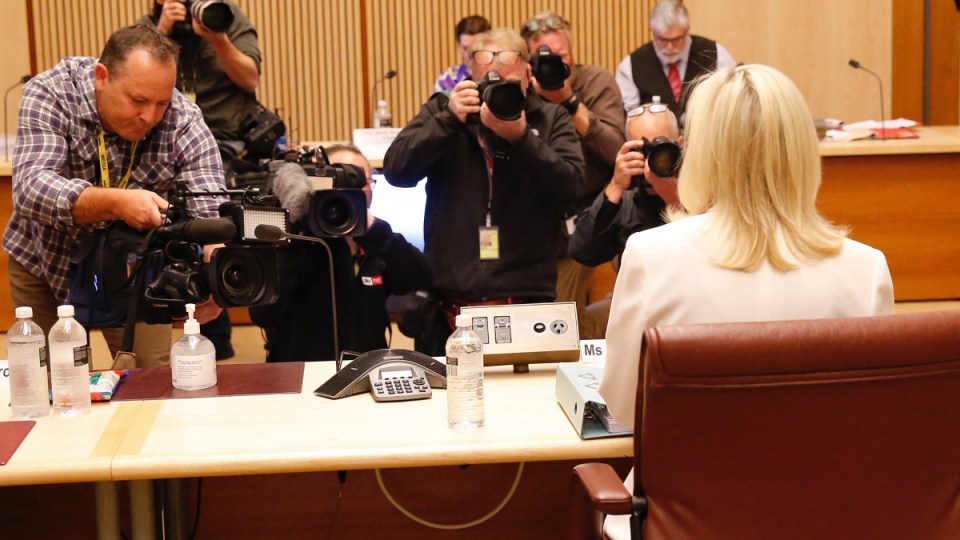 Christine Holgate said she felt bullied out of her job by the Prime Minister. Photo: ABC News/Adam Kennedy

Prime Minister Scott Morrison is being urged to apologise to former Australia Post chief executive Christine Holgate, who alleges she was “bullied” into leaving her position over the Cartier watches scandal.

Ms Holgate broke her silence yesterday, telling a Senate inquiry she was “humiliated” and pushed out of her job as chief executive officer unwillingly by the company’s chair.

She also criticised Mr Morrison, who last year told Parliament he was “appalled” by the purchase of luxury watches for four senior executives, adding if Ms Holgate did not want to stand aside, “she can go”.

“I think it’s one of the worst acts of bullying I’ve ever witnessed,” Ms Holgate told 7.30.

“I think you would have rather hoped that before somebody publicly hung you and humiliated you, that they may pick up the phone and call you and ask you directly: what happened?”

“He should pick up the phone today, call Christine Holgate, and say he was sorry,” she said.

“He got too hot under the collar, he took a swing, and he needs to apologise.”

Nationals senator Matt Canavan also argued Ms Holgate deserved an apology, although he did not specify from whom.

“I think Christine has given compelling evidence and it would be best for an apology to be given,” he said.

Mr Morrison has not responded to requests for comment.

“This issue was about the inappropriate use of taxpayers’ money. And you will remember that this was bipartisan in its condemnation,” he said.

“Anthony Albanese said at the time that Christine Holgate’s position was untenable. That is what this issue is about.”

“At no point did we suggest that the way in which the Prime Minister should then behave was to humiliate Christine Holgate in the way that he has done, and to bully her out of office, and to effectively sack her on the floor of Parliament,” he said.

“We never said for him to do any of that.”

Senator Canavan supported Ms Holgate’s call for Australia Post chair Lucio Di Bartolomeo to resign, arguing he was worried the organisation was “not recovering from this episode”.

Speaking at the Senate inquiry on Tuesday afternoon, Mr Di Bartolomeo rejected Ms Holgate’s claims and said he would not resign.

“I think it would further hinder the organisation going forward.”

He also said neither the board nor he had sought Ms Holgate’s resignation.

In a statement to 7.30, Australia Post reiterated its claim that Ms Holgate had “agreed to stand aside” as CEO as the scandal developed.