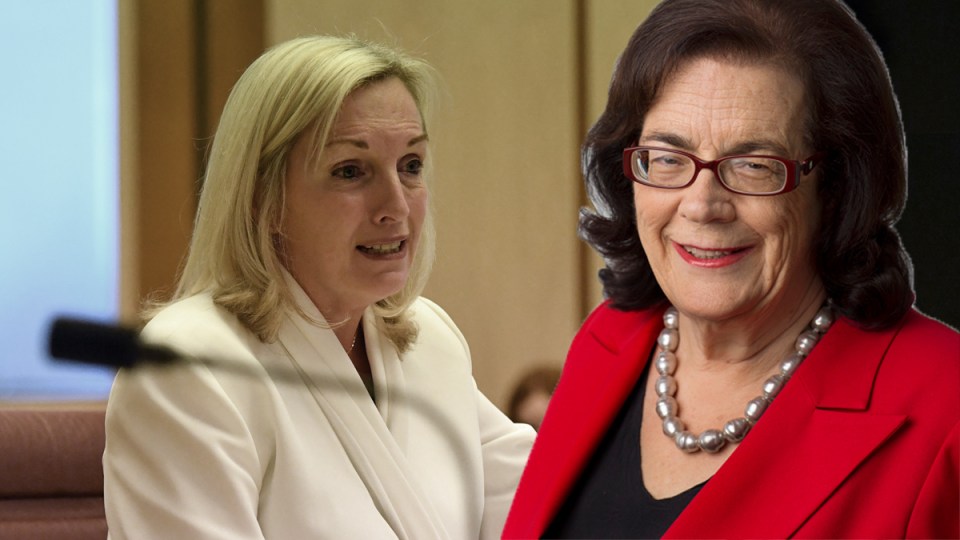 A wronged woman with a razor-sharp mind and meticulous records is a dangerous creature.

Especially when delivering a counter punch to a Prime Minister who’d denounced her in the bully pit of Parliament when he was ill informed, angry and driven by short-term politics rather than balanced judgment.

She followed this with a Tuesday night interview on the ABC’s 7.30 in which she gave Mr Morrison another blast, describing his attack on her as an “utter disgrace” and “one of the worst acts of bullying” she’d ever seen. She urged him to call her and apologise.

Holgate’s evidence, and that of Mr Di Bartolomeo who followed her, revealed a chain of events in which she was not accorded any reasonable degree of fairness.

What happened after Ms Holgate’s October 22 revelation (responding to a Labor question) at a Senate estimates hearing that four Australia Post employees received Cartier watches as rewards for a big deal was a combination of over-reaction and weakness.

Mr Morrison that afternoon raged in question time that Ms Holgate had been instructed to stand aside, saying if she didn’t wish to, “she can go”.

Before and after his rant, two men – Communications Minister Paul Fletcher and Mr Di Bartolomeo – lacked the spine to stand up for her or, indeed, to follow a formal process.

Ms Holgate told the Senate inquiry she had lost her job “because I was humiliated by our Prime Minister for committing no offence and then bullied by my own chairman”, who “unlawfully stood me down at the public direction of the Prime Minister. This made my leadership at Australia Post untenable and seriously threatened my health.” She said she became suicidal.

She was in a land of political and media hell not unfamiliar to some politicians but foreign to most business leaders.

The senators’ forensic examination of her downfall is coinciding with debates about both workplace behaviour and sexism, and Ms Holgate is putting her experiences in those contexts.

“I do not want what happened to me to happen to any individual ever again in any workplace,” she said.

Senator, it’s a very hard question for me to answer […] but I think it would be fair to say I’ve never seen a media article comment about a male politician’s watch [there was much interest in the extremely expensive watch she wore at Senate estimates], and yet I was depicted as a prostitute for making those comments, humiliated.

I have never seen any male public servant depicted in that way. So do I believe it’s partially a gender issue? You’re absolutely right, I do.

But do I believe the real problem here is bullying and harassment and abuse of power? You’re absolutely right, I do.

That abuse of power started in the early afternoon of October 22, after the watches revelation and before Mr Morrison’s outburst in question time.

Mr Fletcher spoke twice to Mr Di Bartolomeo. Mr Fletcher told him there would be a review and “he wanted us to look at standing Christine down”.

Mr Di Bartolomeo, by his own account, initially questioned whether standing her aside was necessary, but Mr Fletcher insisted.

“I queried whether that was what he really wanted. He said, ‘Look, I am going to come back to you’,” which he did in the second call.

Ms Holgate resisted standing aside, wanting instead to go on leave briefly. Mr Di Bartolomeo took the matter to a hastily convened late afternoon meeting of the Australia Post board. The board said she should stand aside, and made threatening noises about the consequences if she did not do so.

While Mr Morrison told Parliament Ms Holgate had been “instructed” to stand aside, Mr Di Bartolomeo said he had not taken Mr Fletcher’s words as a “direction”.

Why would that be? Because if Mr Fletcher, as one of the two shareholder ministers in Australia Post, had issued a “direction”, he would have had to go through a set process.

Mr Fletcher, in his two pre-question time conversations with Mr Di Bartolomeo, apparently didn’t mention whatever Mr Morrison had said to him. We can presume the PM already had steam coming out of his ears.

A tough minister would have said to his PM, “Let’s say we will have the watches affair looked into and leave it at that for the moment.”

A chairman with gumption would have pushed back hard on the standing aside issue, either warning it would invite trouble or, if necessary, saying he wanted the minister to issue a formal direction.

Mr Di Bartolomeo on Tuesday praised Ms Holgate’s record as CEO and said she was “treated abysmally”, although he insisted “the board and management did the right thing by her”.

Yet, he handled the situation poorly on the first day, and no better in later days. His behaviour may not have been as black as Ms Holgate paints it, but at every point he took the line of least resistance to government pressure.

A board that had backbone would have said, “Let’s all sleep on it, and assess the ‘stand aside’ demand when we’ve got the facts in perspective”.

None of them – minister, chairman, board – did these things.

The part played by one board member, however, did show concern for Ms Holgate.

As she drove back to Sydney, increasingly upset and agitated, she had conversations with Tony Nutt, who advised her on her handling of the situation and on a potential statement.

Speaking about what happened to her, Ms Holgate said in her evidence that Mr Nutt, a former adviser to John Howard and a former Liberal Party director, told her, “Christine, you need to understand it was the Prime Minister”.

While the full context of the reference is not entirely clear, Mr Nutt had summed it up in one line.