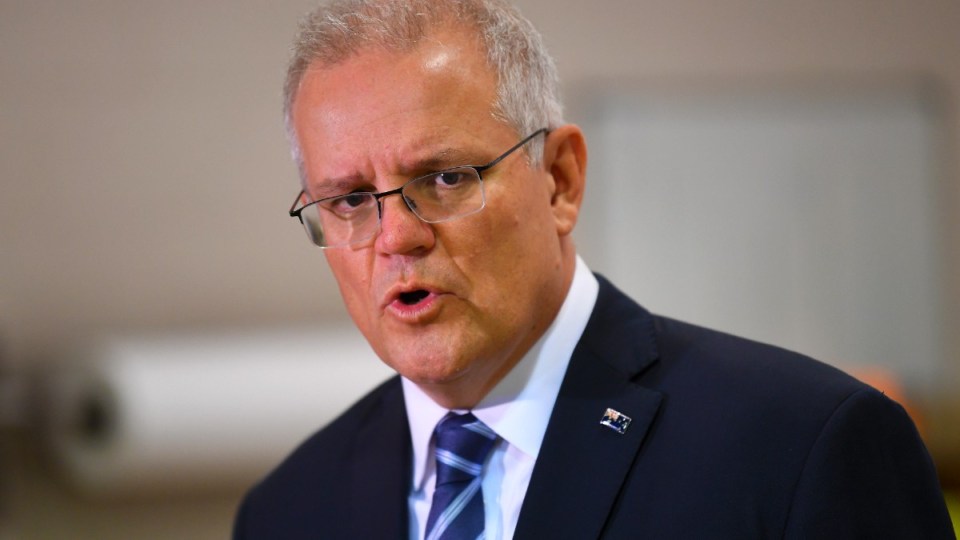 Support for Scott Morrison has lifted after hitting a low during parliamentary rape allegations. Photo: AAP

Australia is set to shift to mass coronavirus vaccination clinics in a bid to roll out more jabs under the troubled immunisation program.

In a major backdown, Prime Minister Scott Morrison has abandoned his opposition to the major vaccine hubs that Labor and doctors have been pushing for.

Mr Morrison made the shift on Wednesday, after announcing he would meet state and territory leaders twice a week to get the derailed rollout back on track.

“We’ll need to change our rollout to go to mass vaccination options and that will have to be done in partnership with states and territories,” he told The West Australian.

Mr Morrison said offering all Australians at least one shot of a vaccine by the end of this year remained a possibility.

“At this stage, there are too many uncertainties, I think, to commit to a timetable like that,” he said.

“I would need, and the states would need to be sure, they could put those arrangements in place and ramp them up and to do that safely.”

The federal government is copping significant flack for deciding this week to dump its vaccine rollout timetable after falling short of its initial targets.

Mr Morrison attributed the delays to three million doses failing to arrive from Europe and medical advice for people under 50 to avoid the AstraZeneca jab.

The government is attempting to complete vaccinations for the most vulnerable people by the middle of 2021.

“We will have a substantial number of vaccines in the fourth quarter of this year. We would like this done before the end of the year but that will only be possible if we can ensure mass vaccination programs are in place,” Mr Morrison said.

He also said vaccination of Australians aged 50-70 with AstraZeneca would be ramped up within weeks.

“That’s millions of Australians,” he said.

“Equally there’s an option to work – and I’ve discussed this with at least one premier – about how mass vaccination could be an option earlier, say in June or July, for those over-50 groups that are in the balance of the population … and there will be vaccines, we believe, to get that happening.”

Mr Morrison said opening international borders at the end of this year or in early 2022 would mean having a similar tolerance for coronavirus as for the flu.

“There would be cases of COVID if the international borders were lifted,” he said.

“We’d have to be confident and comfortable that it would be in Australia’s interest to have potentially large numbers of cases of COVID, knowing that it would not lead to the horrific outcomes that we saw.”

Federal Health Minister Greg Hunt, his department and Australia’s chief medical officers have provided regular updates on case numbers since the start of the pandemic.

But Mr Morrison said there would need to be a rethink on the attention paid to infection numbers.

“There’s a lot of focus on the daily number of cases, both by state governments, their chief health officers, their premiers, but also by the media,” he said.

The next national cabinet meeting has been brought forward to Monday and after that will meet twice a week.

Mr Morrison said the more regular meetings would continue “until we solve the problems and get the program back on track”.