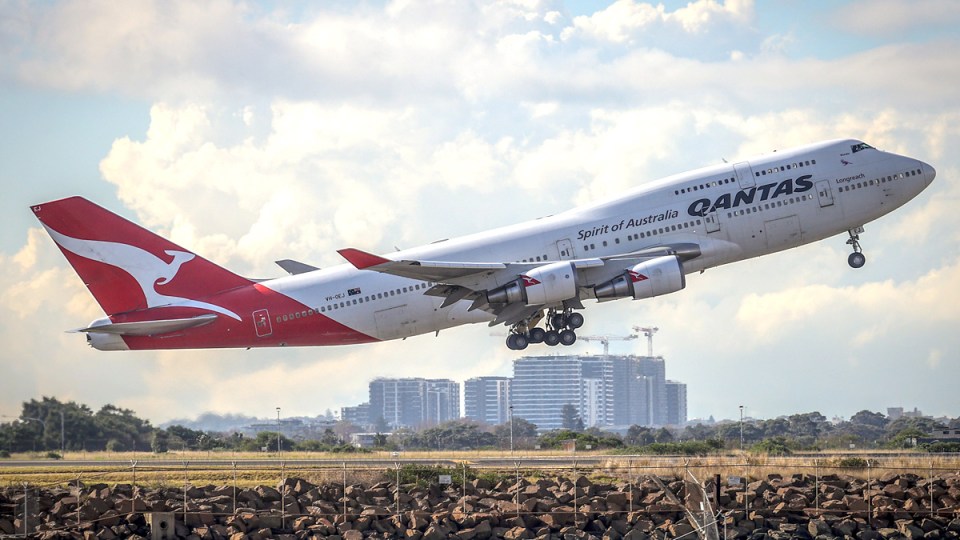 The government has walked away from its October vaccination timeline, fuelling further uncertainty about when international travel will resume.

Qantas says it has made no changes “at this stage” to its timetable for restarting international flights, as delays to Australia’s COVID-19 vaccination program threaten to push back its plans.

The airline had been hoping to resume international services, beyond the New Zealand travel bubble, in October 2021, by which point the federal government wanted all Australians to have been offered their first vaccine dose.

However, the Prime Minister walked away from that target this week, following the release of medical advice recommending people under the age of 50 receive the Pfizer vaccine, rather than AstraZeneca’s shot, because of concerns about rare blood clots.

“The government has not updated its timeline for the effective completion of the vaccine rollout and at this stage there’s no change to the planned restart of our international flights,” a Qantas spokesperson said.

“We’ll continue to have dialogue with the government.”

In March, Qantas CEO Alan Joyce suggested the airline’s hopes of resuming international flights were dependent on the progress of the vaccination program.

“We should get to a stage … that 20 million people are vaccinated by the end of October,” he said.

The airline has already announced it will resume flights between Australia and New Zealand when quarantine-free travel for Australians across the Tasman begins on April 19.

Virgin Australia said it was focused on rebuilding its domestic operations and remained “flexible” in its approach to short-haul international travel.

“We will continue to consider relevant government and health advice around vaccination and will make any decisions in line with passenger and crew health and safety,” a spokesperson said.

A report released by Deloitte Access Economics earlier this week predicted international travel would not return to normal for several years, with COVID-19 variants expected to force a gradual reopening of borders.

“For Australia, some form of quarantine will remain for some incoming travellers for some time,” the report said.

“That keeps international travel (inbound and outbound) pretty weak in 2022, and it may not return to pre-pandemic levels until 2024.”

Federal Labor has criticised the government for not setting new vaccination targets, arguing businesses and the public needed more certainty.

“Let’s not pretend that this is an easy thing to do, and there can be unforeseen things that arise from time to time,” opposition frontbencher Brendan O’Connor said.

“But when you compare the way we’ve rolled out our vaccinations with other like countries, you’d have to say this has been, to date, very, very disappointing.

“That means there’s no certainty, not just for business, but for families and others who just want to have a clear path wherever possible.”

“People in this country expect their Prime Minister to talk openly, transparently and frankly about any challenges he may be having, and not hiding on Facebook,” he said.

“Rather than set targets that can get knocked about by every to and fro of international supply chains and other disruptions that can occur, we’re just getting on with it,” he said.