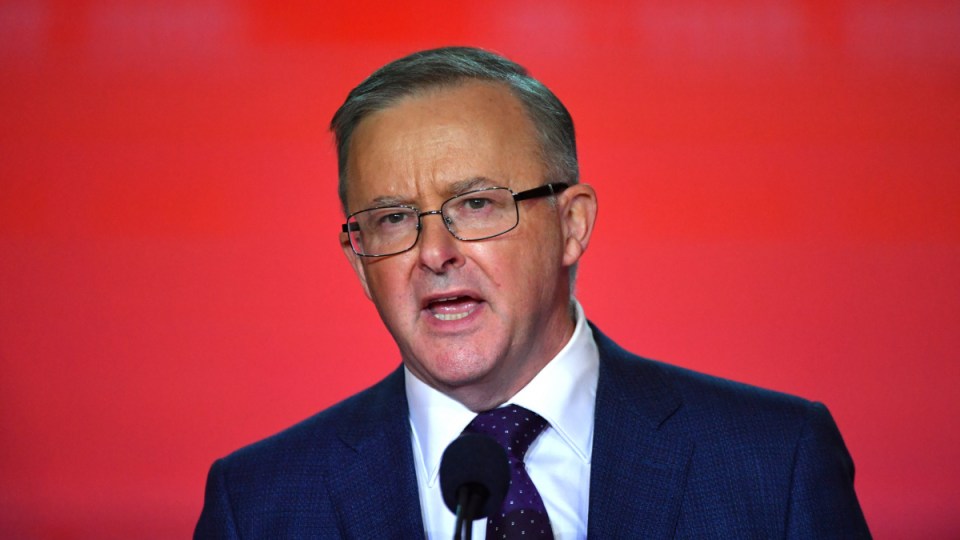 Resurrecting Australia’s car industry, a path back to ‘full employment’, and a vastly more generous paid parental leave would be headline reforms under a Labor government, with the opposition saying the nation “can’t go back” to pre-pandemic rules.

Labor’s national conference has kicked off in Sydney, with leader Anthony Albanese’s opposition gearing up for what could be a 12-month slog of campaigning and pledges before the next federal election.

“As we turn our eyes forward, the question becomes: When the pandemic is over, what follows?”

The two-day conference will lock-in Labor’s policy platform ahead of the next election, which is due between August 2020 and May 2021.

Last week, Mr Albanese told his party room the conference was the “amber light” for campaigning for the election – signalling the party to get ready. The “green light” will come after the May federal budget.

Headlining the first day of Labor’s national conference was an ambitious $15 billion ‘national reconstruction’ fund, to pour cash into nation-building projects for economic and social recovery after the COVID pandemic.

Modelled after government organisations such as the Clean Energy Finance Corporation, which partners government cash and resources with private companies, the reconstruction fund would target industries like manufacturing of cars and trains, metals processing, renewable power, medical science and agriculture.

Mr Albanese called it “a down-payment on the industries and the jobs of tomorrow”.

On-shore manufacturing has long been crucial to his vision and election pitch, with Labor criticising the government for not doing more to secure supplies of essentials that were compromised during the pandemic.

The idea of “reconstruction” after the pandemic was re-introduced by Labor when deputy leader Richard Marles was named ‘shadow minister for national reconstruction’ in January, echoing the portfolio area once held by Labor’s war-time PM, Ben Chifley.

Mr Albanese cited Mr Chifley and another Labor PM, John Curtin, saying their election slogan “victory in war, victory in peace” should be the ‘theme’ of the ALP’s 2021 conference.

The conference is mainly being held online, with 400 delegates across the country dialling in via video call. The main physical venue is Sydney’s Revesby Worker’s Club – a nod to another Labor PM.

Overnight, Mr Albanese also unveiled a pledge that a Labor government would give six months paid parental leave to new mums and dads.

Mr Albanese said Labor’s core pledge remained “to build our nation and shape it to the benefit of the Australian people”. He cited reform in aged care, unemployment and underemployment, equality for women and Indigenous people, and climate change as key priorities.

“No matter what situation Australia is in, no matter what crisis we face, our approach is the same: get through it together, and then plan for a brighter tomorrow,” he said.

“We refuse to accept that the world before the pandemic, with all its imperfections, is the best our nation can do.”

His words were echoed by Labor’s Senate leader, Penny Wong, who said the pandemic had exposed weaknesses in Australian society around equality and opportunity.

“As we emerge from the pandemic, we can’t go back to that,” she said.

“We can’t go back to ignoring science and the hope it offers…. These are not the values that will give Australia the national recovery it needs and deserves.”

Mr Albanese was introduced at the conference by former leader Bill Shorten, who took the ALP to election defeats in 2016 and 2019. Mr Shorten said “Labor can most assuredly win the next election” and called his successor “the Leader who will take us to that victory”.

However, the conference did not begin without hitches. The Health Workers Union, a right-faction union powerful in Labor’s internal machinations, has threatened legal action after its push to force the party to rule out funding private health providers.

The right-faction union attempted to derail the conference with a last-minute injunction following complaints its numbers should be increased.

HWU secretary Diana Asmar ramped up her threats on Tuesday, reserving her right to challenge any decision made in court.

“This is not a proper, constitutional national conference,” she said.

The initial motion noted private health providers should not be subsidised or supported.

“With a health system that depends so clearly on private general practitioners, private clinicians, in part private hospitals and private health insurers, I simply can’t support a statement like that,” Mr Butler told the conference on Tuesday.

The HWU also wants a future Labor government to be banned from awarding contracts in private health without guaranteeing the pay, conditions and jobs of public workers.