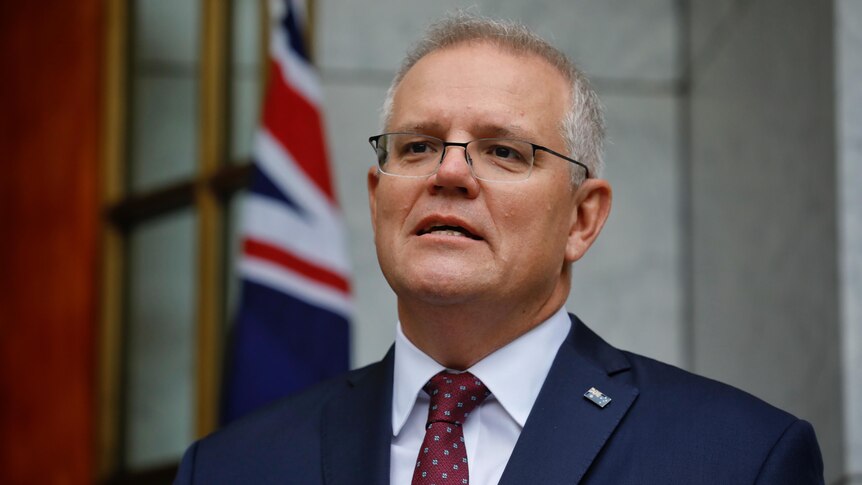 Christian Porter has been made industry minister while Peter Dutton will replace Linda Reynolds in the defence portfolio.

Senator Michaelia Cash has been promoted to attorney-general and industrial relations minister to replace Mr Porter, who lost his job as the nation’s first law officer after launching defamation action against the ABC.

Mr Porter released a statement on Monday afternoon, congratulating Senator Cash on her new portfolios, and pledging to give his new appointments “all the energy and commitment I have”.

Earlier, Prime Minister Scott Morrison announced a cabinet reshuffle with his government engulfed in scandals stemming from the treatment of women.

One position has been added to the new Morrison cabinet, with the number of women at its highest level on record

Karen Andrews will replace Mr Dutton, who is also taking Mr Porter’s role as leader of the house, as home affairs minister.

Mr Porter took mental health leave after revealing he was the person accused in media reports of a historic rape in 1988, which he strongly denies.

Senator Reynolds, who is also on medical leave, will become government services minister after coming under heavy fire for her handling of Brittany Higgins’ rape allegations in 2019.

The former defence minister was forced to apologise after it emerged she called Ms Higgins a “lying cow”.

“These changes will shake up what needs to be shaken up while maintaining the momentum and the continuity and the stability that Australia needs,” Mr Morrison told reporters in Canberra.

Mr Robert later said he was looking forward to continuing the “great work” of Senator Cash as employment minister.

Defence Industry Minister Melissa Price has been returned to cabinet.

The new group will be led by Minister for Women Marise Payne and comprise all female ministers, along with the deputy prime minister, treasurer and finance minister.

In the outer ministry, Jane Hume will add women’s economic security minister to her other roles.

Labor leader Anthony Albanese dismissed suggestions the reshuffle could act as a circuit-breaker for the government, and questioned why Dr Laming had been retained.

“Shuffling the deck won’t change the bad hand that the Morrison government is dealing Australians,” he said.

“So the so-called reset leaves Andrew Laming in the Liberal Party Room and retains Porter and Reynolds in the Cabinet.”