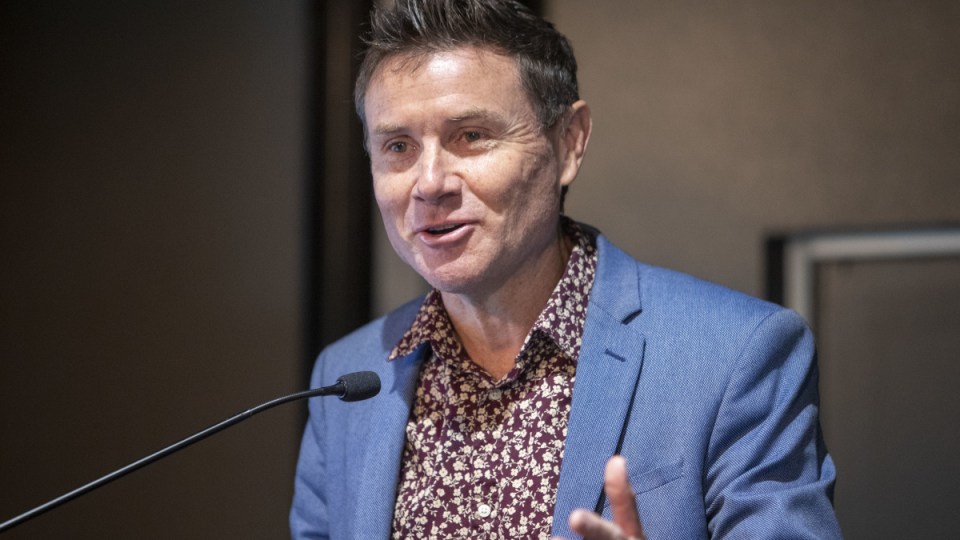 Controversial Queensland MP Andrew Laming has dug in on accusations he took an upskirting photo, claiming the picture was “dignified”.

Dr Laming will not contest the next federal election but will remain in the Coalition party room until then, despite admitting to bullying, stalking and harassing several women.

The Queenslander, who has been in parliament for 17 years, is also under fire for taking a photo up a woman’s skirt at her workplace. That is a criminal offence punishable by up to three years in prison.

On Monday, Dr Laming – who is on taxpayer-funded medical leave to seek counselling and empathy training – took to the airwaves to defend himself. He claimed the photo was an attempt to show someone trying to fit an impossible amount of stock into a fridge.

“The purpose of the photograph was to show sometimes at work you have these Herculean tasks put to you and she was playing a game of Tetris trying to get every possible can in the fridge,” he told ABC radio.

“All I can do is apologise unreservedly because taking a photo of someone without asking first is a fundamental principle that an MP should be able to adhere to.”

He told Sky News the “photo was taken from a distance, showing the worker in a dignified position on both knees, but with far more stock to fit than the fridge would hold”.

Dr Laming said he didn’t know what he was apologising for in parliament last week when he fronted the chamber ahead of revelations he harassed female constituents online.

He has also denied taking photos of two of the women in a park.

“The photo was of my family, and they were in the background,” he said.

Dr Laming insisted he was asking tough questions in his role as an MP.

“It’s much easier sometimes to provide an answer to the question. That wasn’t happening and now of course it’s been reinvented into harassment.”

Senior ministers have described his behaviour as disgraceful and completely unacceptable.

But with the government clinging onto power by a threadbare majority, the Coalition has resisted calls for him to resign immediately.

On Monday, Treasurer Josh Frydenberg reiterated his view that Dr Laming should remain in parliament until the next election, which might be a year away.

“He was elected by his constituents to serve out of his term, he has a responsibility to deliver for them a better government.”

But Liberal senator Sarah Henderson broke ranks to call for Dr Laming to be booted from the Coalition, which would plunge the government into minority.

“It’s a matter for him as to whether he wants to leave the Liberal Party. I am uncomfortable about him sitting in the party room,” she told the Seven Network on Monday.

Social Services Minister Anne Ruston would not say whether she would be happy for the disgraced MP to return to the Coalition.

“Let’s see whether Dr Laming understands the impact of his actions because I think he needs to understand that before he returns to the party room,” she told the ABC.

Mr Porter is off work after being accused of raping a woman when he was a teenager, which he denies.

Both ministers are expected to shift portfolios in a looming reshuffle, but will remain in cabinet.

All three politicians are due to return to parliament on federal budget day in May.