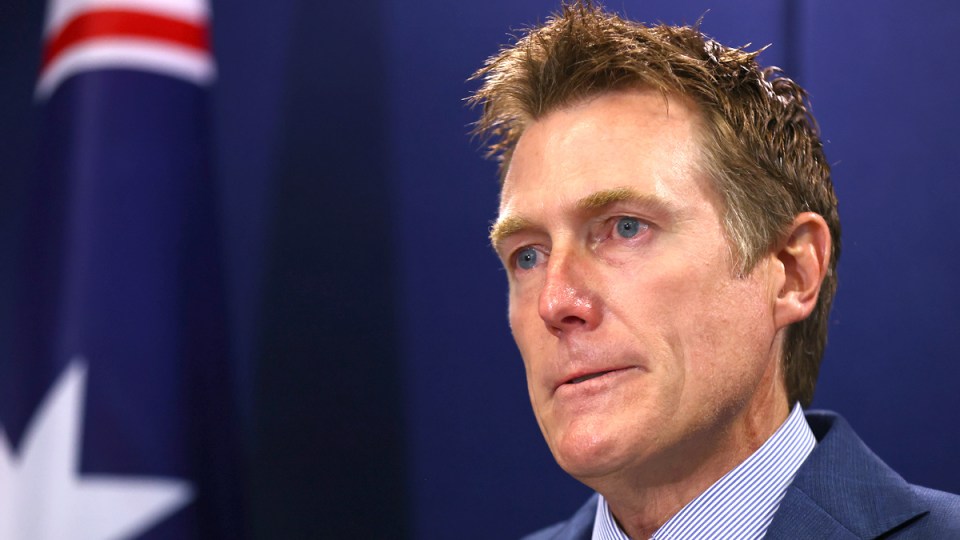 Questions remain over the fitness of Christian Porter to return to his role as attorney-general after it was revealed that he is is yet to discuss a crucial sexual harassment report a year after it landed on his desk.

“The Prime Minister now has no other option but to stand Christian Porter aside,” Labor’s shadow attorney-general, Mark Dreyfus said on Tuesday.

It came after the Department of the Attorney-General revealed on Tuesday it was yet to meet Mr Porter to discuss the landmark Respect@Work report into sexual harassment. Sex discrimination commissioner Kate Jenkins filed it with him more than a year ago.

Prime Minister Scott Morrison said action on Ms Jenkins’ report “should have been done well before this time”.

In Senate estimates on Tuesday, Labor senators asked the department how Mr Porter could return to his highly-paid job as the nation’s first law officer.

Mr Morrison has already confirmed that other senior ministers will take over parts of Mr Porter’s role while the Attorney-General pursues his defamation case against the ABC for its reports into historic rape allegations.

Mr Porter, who strenuously denies the claims, has been on mental health leave since outing himself as the person at the centre of the allegations. He returns to work next week.

However, Mr Morrison has already flagged sectioning off further parts of Mr Porter’s job, after receiving advice from the federal solicitor-general on the potential for conflict of interest.

“I will be making further decisions on that matter and I will alert you to those when they are made,” the PM said in Canberra on Tuesday.

“I am now taking advice through the department regarding how that sits with the ministerial standards.”

Mr Morrison had already proposed handing elements of the Attorney-General’s portfolio relating to the Federal Court and ABC to other ministers while the case – which could take years to run – is under way.

But Labor claims that the allegations against Mr Porter, combined with his pending legal action, make it inappropriate for him to retain almost all of his attorney-general portfolio.

Labor claims Mr Porter should not be able to have oversight of human rights and anti-discrimination law, workplace policies, defamation law reform, appointing judges or directing funding to the Federal and High courts, the administration of criminal justice, and the Commonwealth Director of Public Prosecutions.

Labor senator Murray Watt also claimed it was inappropriate for Mr Porter to have power over issuing warrants to federal police and intelligence agencies.

“The Attorney-General’s private defamation action against the ABC has left him hopelessly conflicted,” Mr Dreyfus said.

In estimates, Senator Michaelia Cash – who is acting for Mr Porter in industrial relations – said the government had legal advice from the federal solicitor-general on Mr Porter’s ability to retain oversight of his portfolio areas.

“As the Prime Minister has stated, the advice will now be carefully considered, the advice that has been received from the Solicitor-General, so that arrangements can be put in place that are consistent with it,” Senator Cash said.

Separately, the AG’s department confirmed it had not yet met Mr Porter over the Respect@Work report. Several federal politicians, including independent MP Zali Steggall, have been furious that many of the report’s recommendations have not been adopted or implemented by Parliament, especially after escalating sexual assault and harassment reports in recent weeks.

The report was handed to government last March, just as the COVID pandemic was breaking. Mr Morrison has previously said the health response led to action on the report being delayed.

BREAKING: It appears that the AG hasn’t spoken to his department once about implementing the Respect@Work report. It’s pretty clear this is a low priority for the Morrison Government. #SenateEstimates #auspoI pic.twitter.com/1W7zPfHi7U

“We have not met, as far as I recall, with the [Attorney-General],” she said.

In Question Time on Tuesday, Mr Morrison said the government was making it a priority.

“I’m looking forward to shortly to provide a response to the Respect@Work report, which I believe should have been done well before this time,” the PM said.