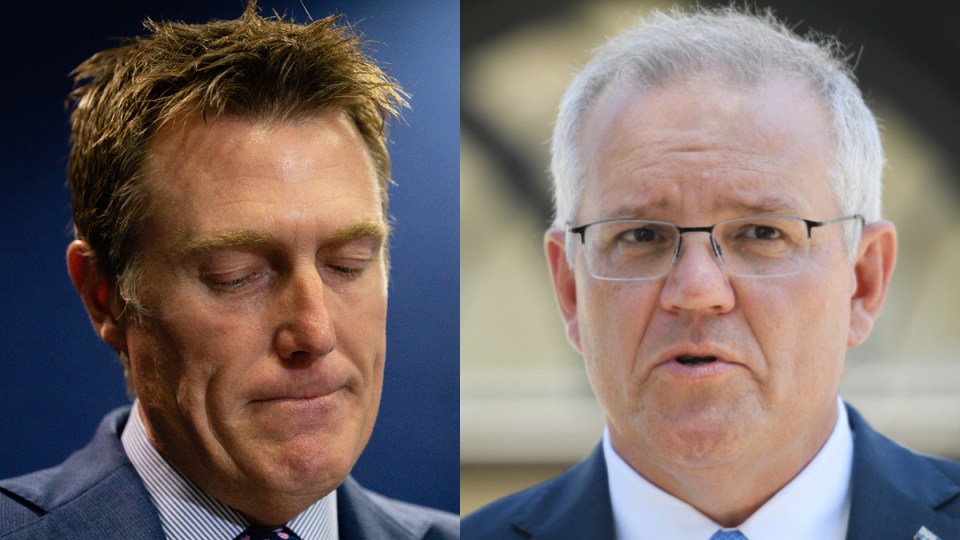 Mr Porter may lose more of his ministerial responsibilities while his defamation case against the ABC runs.

Prime Minister Scott Morrison has indicated he is likely to strip Christian Porter of more responsibilities as the Attorney-General sues the ABC for defamation.

Mr Porter has launched legal action against the public broadcaster over a story about rape allegations against a senior minister.

The Attorney-General was not named in the story but his lawyers claim Mr Porter was easily identifiable.

He later came forward to reveal he was the minister in question.

Mr Morrison has sought independent legal advice on any conflicts of interest that might arise as a consequence of the court case.

He has already proposed handing elements of the attorney-general’s portfolio relating to the Federal Court and ABC to other ministers while the case is under way.

“I will be making further decisions on that matter and I will alert you to those when they are made,” he said.

“I have received that advice and I am now taking advice through the department regarding how that sits with the ministerial standards,” he said in Canberra on Tuesday.

Mr Morrison has already proposed handing elements of the Attorney-General’s portfolio relating to the Federal Court and ABC to other ministers while the case – which could take years to run – is under way.

As the ABC squares up for a defamation case with the attorney-general, the broadcaster’s managing director says the story in question was of the “highest quality” journalism.

David Anderson appearing at a Senate estimates hearing in Canberra on Tuesday afternoon and has warned senators not to ask detailed questions about the Christian Porter case.

But he used his opening statement to defend the ABC’s report.

“I am confident that the journalism was of the highest quality and that this will be borne out in the court proceedings,” Mr Anderson said.

“We will defend the case and our reporting, which we believe is in the public interest.

“At all times I believe the ABC has acted in accordance with its statutory obligations of impartiality and its charter in its reporting.”

Mr Anderson said the story regarded an anonymous letter sent to senior federal politicians across the political spectrum, who then forwarded the correspondence to police.

“No reputable media organisation could have ignored the existence of the letter or the fact politicians on both sides of the dispatch box had referred it to police,” he said.

“We did not name or identify the cabinet minister mentioned in the material.

“The attorney-general continues to be entitled to the presumption of innocence and the public broadcaster has reflected this in its reporting.”

Meanwhile, Labor pursued the “hopeless conflict of interest” at a parliamentary hearing in Canberra.

“There’s barely any role that Mr Porter is not conflicted from. How can he remain as attorney-general?” the opposition frontbencher said.

“How is it possibly tenable for Mr Porter to remain as attorney-general of this country when he has such serious clouds to perform most of his duties?”