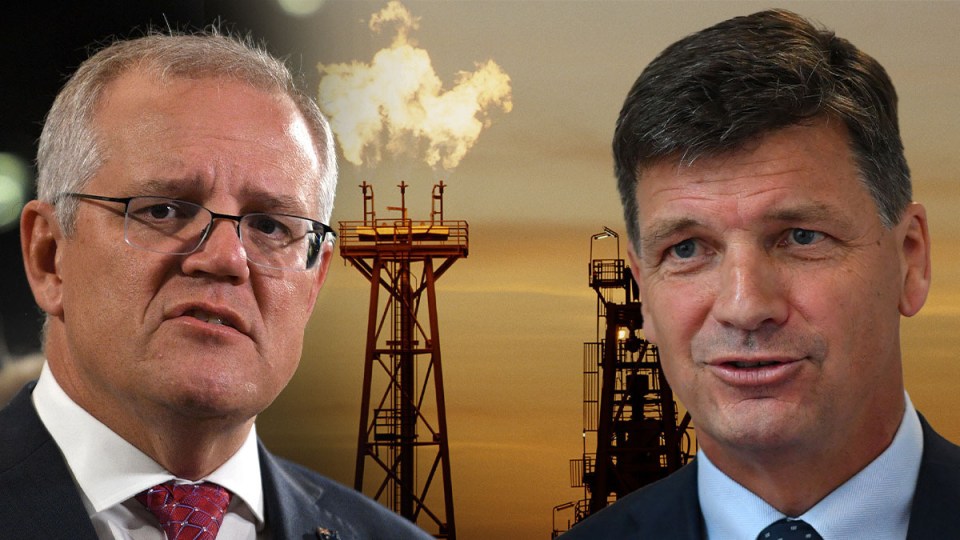 The Australian government is refusing to address claims that some of the Liberal Party’s biggest fossil fuel donors have profited from fast-tracked, multibillion-dollar projects.

It comes amid growing scrutiny over the government’s relationship with the gas industry, after claims of stacking the COVID commission with gas contacts before officially unveiling a gas-fuelled plan in September as the centre of the coronavirus recession recovery.

Seven months on, the government has refused to answer how many jobs the gas-led recovery will create and is attempting to conceal documents about fast-tracking fossil fuel projects from the public.

On Tuesday the Australian Conservation Foundation announced it will file a case with the Administrative Appeals Tribunal to access information on at least 15 environmental approvals it says were “fast-tracked” by Environment Minister Sussan Ley last year.

Two of the 15 approvals – Burrup Hub, owned by Woodside and partners and Narrabri Gas Project, owned by Santos – are gas projects.

Woodside and Santos are the largest gas company donors to Australia’s major political parties since FY15, donating $1,669,317 and $869,849 respectively, according to analysis by Market Forces.

Jack Bertolus, research co-ordinator at Market Forces, said donations from gas companies to political parties had been increasing for years.

“We saw a big spike in FY19. That was across the board because it was an election year,” Mr Bertolus said.

“But what’s interesting is Woodside donated more in FY20 than it did in the election year. They increased their political donations 18 per cent.”

A key component of the Burrup Hub gas project was approved last year as part of the fast-tracked process, he noted.

“There’s a trend … where donations will correlate with approvals process,” he said.

The New Daily asked Prime Minister Scott Morrison’s office why documents relating to the fast-tracked projects relating to gas have been withheld from the public.

These questions were ignored.

“National cabinet’s predecessor COAG (the Council of Australian Governments) released communiqués and made its decisions public within a week of each meeting,” Ms Elberth said.

“Australians should be able to know how their elected representatives and leaders – at state and federal level – make decisions that affect their communities and the environment we all share.”

There are increasing concerns about the lack of transparency in relation to Australia’s gas-led recovery, which has been touted as essential to creating jobs and kickstarting the economy.

Mr Morrison has previously insisted national cabinet discussions need to be treated the same as federal cabinets, which cannot be subjected to freedom of information legislation.

The work of the COVID commission, which advises the government on the gas-led recovery, has also been declared to fall under these rules.

A spokesperson for Energy Minister Angus Taylor said the government was undertaking a public consultation process on the recovery, which has been extended until March 31.

“The government energy policy is focused on three things – lowering prices for households and businesses, improving reliability and reducing emissions,” the spokesperson said.

“The gas-fired recovery is part of our economic recovery and is in Australia’s national interest.”

Director of the climate and energy program at The Australia Institute Richie Merzian said the COVID commission has been able to bypass transparency because it falls under the same rules as the national cabinet.

In July the Prime Minister’s department refused an FOI request to publicly release documents related to the commission’s discussions on gas projects.

It was knocked back.

“It is concerning, as the commission is made up of business people who are using, in the chair’s own words, their ‘contact lists’ to ‘problem solve’ without being ‘managed from the centre’,” Mr Merzian said at the time.

“The commission has also refused to release minutes of its meetings, including any reference to its enthusiastic support for more gas projects.”

The COVID commission has come under scrutiny for having several people with strong gas connections on its board, including chair Neville Power, who stepped aside from his position as deputy chairman of gas company Strike Energy last year.

This is part two of The New Daily‘s three-part series investigating the nation’s gas industry, and its future

Government ignores concerns gas donors are getting whatever they want