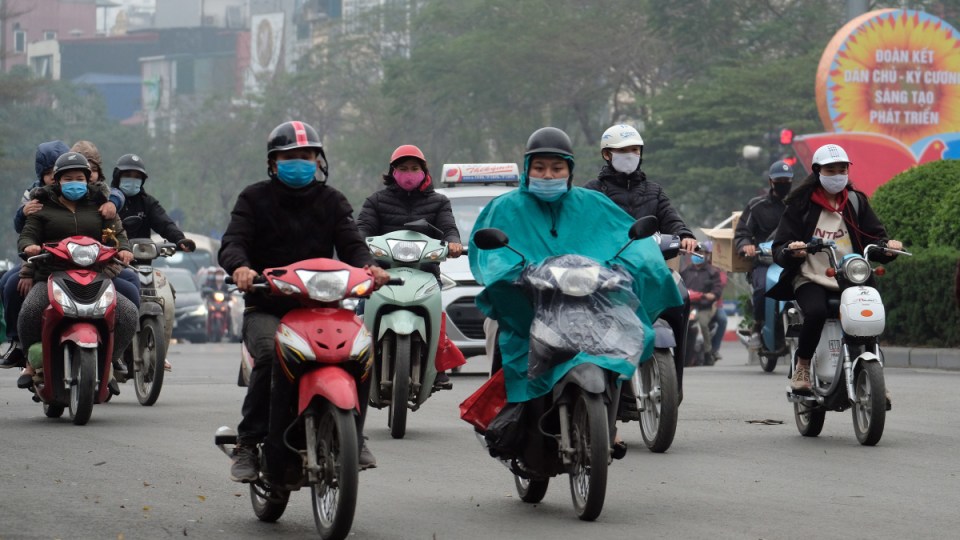 Masks were the norm in Vietnam during the first year of the pandemic, but the latest and more virulent strain is defeating all efforts to foil its spread. Photo: EPA

Vietnam has confirmed its first outbreak of the coronavirus in nearly two months and warned it could be more serious than its last wave of infections.

Authorities were rushing to contain the spread and test tens of thousands of people.

The health ministry on Thursday reported two locally transmitted cases, the country’s first in 55 days, one of which was exposed to an individual who had tested positive in Japan for the more contagious UK variant.

The 83 infections announced on Thursday were a record daily tally for Vietnam, which has effectively closed its borders and avoided the larger epidemics seen by its neighbours.

The country had previously recorded just more than 1550 cases and 35 deaths since the virus was first detected.

Fascinating. The @LowyInstitute has crunched COVID-19 data and come up with a list of the countries which have tackled the pandemic most effectively. Top of the list? New Zealand. Followed by Vietnam, Taiwan and Thailand. Australia also near the top – it's been ranked 8th 1/ pic.twitter.com/F1JoqrfF7J

The outbreak, in Hai Duong and Quang Ninh provinces near the capital Hanoi, is the biggest in Vietnam since a cluster emerged in the central city of Danang in July and quickly spread to most regions of the country, leading to Vietnam’s first coronavirus fatalities.

“We think the outbreak in Hai Duong will be worse than the one in Danang,” Health Minister Nguyen Thanh Long said.

“We will take tens of thousands of samples for testing today.”

Long said Vietnam had so far not seen so many tests come back positive – 72 out of 138 people to have come into contact with one of the two new cases reported on Thursday morning tested positive for the virus, Long said.

The outbreak will be a jolt for Vietnam, which, owing to strict quarantine, testing and tracing measures, has kept the virus in check, earning it a top three spot in a survey of how well countries have handled the pandemic.

A village and an electronics factory was locked down on Thursday, with 2340 workers quarantined in Hai Duong and huge contact tracing efforts launched.

The outbreak also comes at an awkward time for Vietnam’s ruling Communist Party, as it holds its most important gathering, during which a new national leadership will be decided.

“We’ve encountered such problems many times so we have to stay calm,” Prime Minister Nguyen Xuan Phuc said at Thursday’s emergency meeting, calling for strong measures but not to cause panic.

A first wave of infections was crushed in April, and the country went nearly 100 days without local transmission until the Danang outbreak.