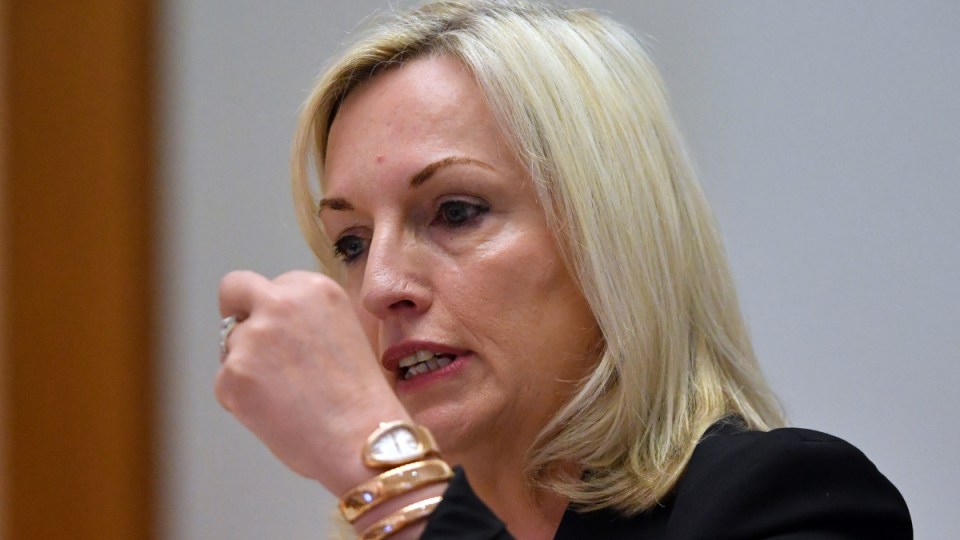 Under-fire Australia Post CEO Christine Holgate has quit her position, saying the scrutiny on her over a luxury watch scandal was a “distraction” for the company, because it didn’t pass “the pub test”.

Ms Holgate, who was the target of an extraordinary Scott Morrison spray in Parliament two weeks ago, had signalled she was going to ride out the investigation. But on Monday, she abruptly announced she was leaving Australia Post – and despite last week complaining of the PM “humiliating” her, that she bore “no animosity” toward the government.

“I have offered today the chairman and board of Australia Post, with great sadness, my resignation as chief executive with immediate effect,” she said in a statement.

“I am not seeking any financial compensation.”

Ms Holgate was the target of an independent investigation into profligate spending at the government enterprise, with questions over credit card bills, staff parties, and four Cartier watches given to senior employees.

The watches, valued at nearly $20,000 total, were given as “awards” for staff that helped stitch up a deal for customers to do banking at post offices.

“I firmly believe the ‘ship’ needs a strong captain at the helm to help navigate through this time. The current issue I am managing is a significant distraction and I do not believe it is good for either Australia Post or my own personal wellbeing,” Ms Holgate said.

Ms Holgate said she was disappointed that the purchase of the four watches in 2018 led to the outrage, saying she was a firm believer in rewarding the good work of staff.

“However, I deeply regret that a decision made two years ago, which was supported by the chair, to recognise the outstanding work of four employees has caused so much debate and distraction and I appreciate the optics of the gifts involved do not pass the “pub test” for many,” she said.

‘Optics’ was the same word her lawyer, Bryan Belling of Kingston Reid, used last week in defending Ms Holgate from sustained public attack. In a statement, Mr Belling claimed Ms Holgate had received no official notice of her employment status.

“Legally, in my opinion there are no grounds for Ms Holgate to be stood down, and ‘optics’ is not a legally valid defence,” he said in the statement.

Ms Holgate said despite her resignation, she would continue to participate in the investigation into spending at Australia Post.

“I have no animosity towards the government and have enjoyed working with the Prime Minister, the shareholder ministers and many other political leaders during my tenure,” she said.

“My sincere apologies if my words or actions have offended others as this would never have been my intention because I have always held Australia Post in the highest regard.”

“Ms Holgate has indicated her willingness to participate in the recently announced shareholder departments investigation into aspects of Australia Post expenditure. The board and management are providing full co-operation and assistance to this review,” he said in a statement.

“Christine Holgate has held the role of group chief executive officer and managing director since October 2017 and while noting the current review, I would like to acknowledge and recognise the significant contributions she has made during her tenure.”

Mr Di Bartolomeo called 2020 “one of the toughest years in Australia Post’s history” and noted “the extraordinary efforts made across the organisation to meet the challenges of COVID-19.”