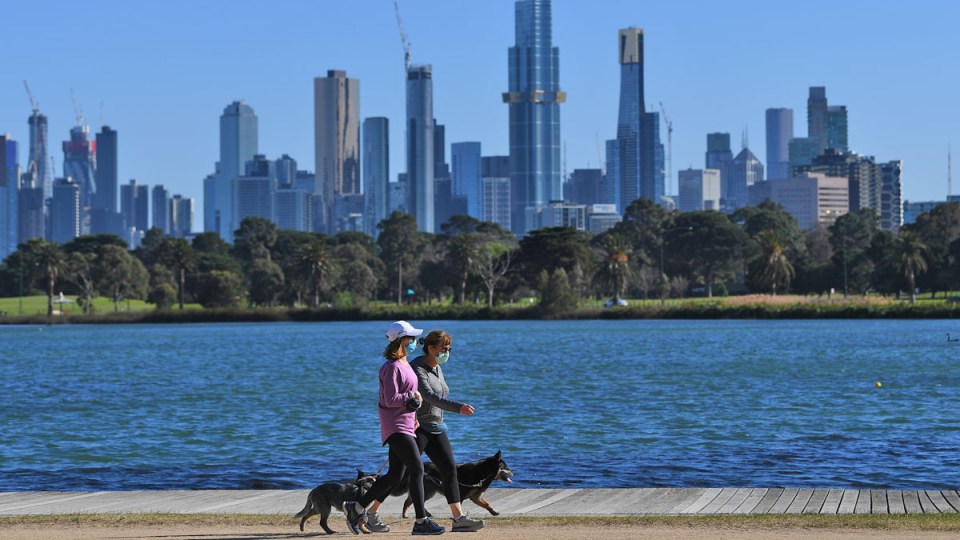 Victorian Premier Daniel Andrews has announced the easing of restrictions that have kept Melburnians locked down for more than 12 weeks.

On Monday afternoon, he announced that from 11.59pm on Tuesday, all retail will open which includes restaurants, hotels, cafes and bars with limits on numbers inside and out.

Patron numbers will be strictly limited, with outdoor areas limited to 50 customers while 20 people can be inside the premises.

However, the 25-kilometre travel limit will continue for another 10 days, until November 8. The border between metropolitan and regional Victoria will also go.

He urged all Victorians to remain vigilant: “Until a vaccine comes, there is no normal. There is only COVID-19 normal”.

“Victorians have given a lot and done amazing things, extraordinary acts of kindness,” he said in an emotional press conference, noting he may reach for “something higher” on the shelf than the beers on Monday night.

Mr Andrews said the much-anticipated remaining tests that were delivered at lunchtime on Monday all returned a negative result.

“We can rule out widespread community transmission,” he said.

Victoria recorded its first day without coronavirus cases in more than four months as five million locked-down Melburnians anxiously awaited the outcome of a testing blitz across the city’s north.

Monday’s confirmation of no new cases – the first day since June 9 the state has reported no additional infections – came after thousands of people were tested across Melbourne’s north at the weekend.

Mr Andrews controversially backtracked on a pledge to announce “significant” changes to the city’s virus rules on Sunday.

Instead, as a worrying cluster spread across Melbourne’s north – reaching 39 infections across 11 households – he opted for a “cautious pause” to await the results of more than 1000 key tests from the region.

In a much-anticipated press conference on Sunday morning, he acknowledged Melburnians would be frustrated by the delay of up to 48 hours in announcing rule changes.

Melbourne’s two-week rolling case average fell to 4.6 on Sunday, and was down to 3.6 on Monday – well below the threshold of five that authorities had previously coveted to trigger the next step.

However, with the announcement on Monday morning of zero cases and zero deaths, the state government delayed its scheduled morning briefing for 3.15pm on Monday, just 24 hours after the pause.

Department of Health and Human Services testing boss Jeroen Weimar confirmed there had been no new cases linked to the outbreak, which stands at 39.

“This is one of the best outcomes we could hope to see,” he said, noting there had been nearly 15,000 tests in the area since Tuesday.

Easing of restrictions, with rules:

Under the “steady steps towards reopening”, people will still need to adhere to continue social distancing measures.