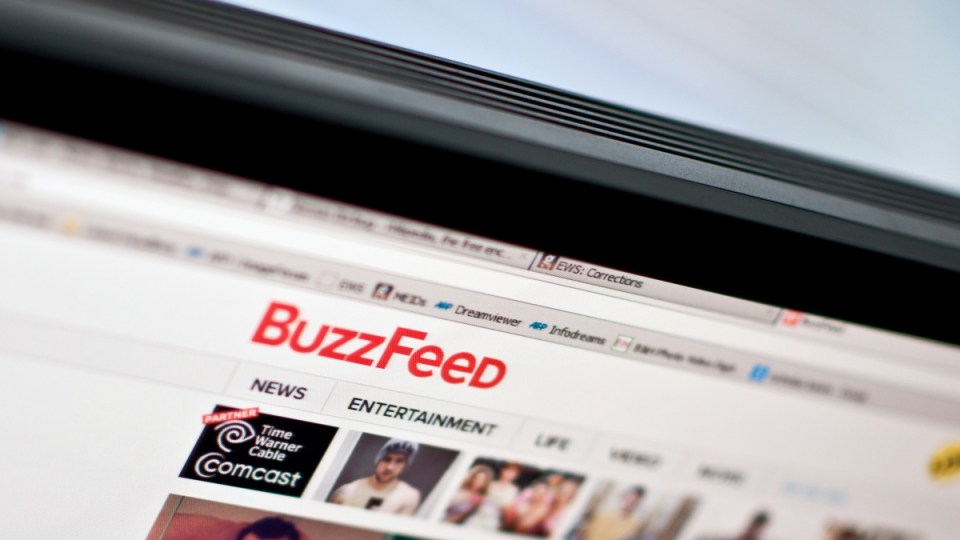 The proposed news media code governing digital giants such as Facebook and Google would have saved jobs at BuzzFeed and other online news services, ACCC chair Rod Sims claims.

The Australian Competition and Consumer Commission has proposed a wide-ranging new plan to constrain the power of tech behemoths, to better support media organisations.

Facebook and Google would be forced to pay news outlets under the mandatory News Media Bargaining Code, which is meant to address the “unequal bargaining position” of digital platforms.

Media outlets complain the digital giants are making so much money and getting so many users partly because they get to share news. Their vast audiences meaning Facebook and Google hoover up advertising dollars that – the outlets claim – would previously have gone to newspapers or news websites.

Treasurer Josh Frydenberg said the hope was to “create a level playing field” online, but the tech companies have reacted angrily to the proposal. Google said the plan would affect its search functions and unfairly disadvantage independent content creators, while Facebook has threatened to simply block news content for Australian users.

Google hit back after being accused by the ACCC of “misinformation”, launching a massive PR blitz across its platforms.

In a webinar with the Australia Institute on Thursday, ACCC chair Rod Sims said the proposed code would be essential to ensure the longevity of news media in this country. If the code had been implemented earlier, it could have prevented some recent job losses in journalism, he said.

"It may be an old industry but Google and Facebook are not replacing it. Where is the journalism going to come from?"

"We’ve got to make sure we don’t lose something really important to us, which is critical media coverage that helps our democracy function." pic.twitter.com/hSoORNlx0i

“My view would be, if this code was in place, BuzzFeed would still have journalists in Australia,” Mr Sims said.

“I think this does help the smaller players survive.”

“If we don’t do something, we’ll have a much narrower media landscape … the code is about enhancing media diversity, in my view.”

BuzzFeed announced in May it would shutter its news operations in Australia and several other countries, in a worldwide restructure. Half a dozen journalists in Australia lost their jobs.

Mr Sims also revealed the controversial exclusion of the publicly-funded ABC and SBS from the code was the decision of the federal government, not the ACCC.

“It’s really an issue for the government to decide,” he said.

“We didn’t provide advice on it.”

"My view is that if this code was in place, we’d still have Buzzfeed journalists in Australia. It helps the smaller players survive."

Very informative discussion, the entire webinar will be uploaded to https://t.co/IFadhrzDTc shortly!#auspol

Mr Sims said the proposed code was necessary to address a “market power imbalance” and ensure news outlets could survive.

“It may be an old industry but Google and Facebook are not replacing it. Where is the journalism going to come from?” he said.

“We’ve got to make sure we don’t lose something really important to us, which is critical media coverage that helps our democracy function.”

“With some reasonable changes, we believe the law’s proposals could be made more fair and workable,” she wrote in an open letter, saying that proposals around informing news outlets about changes to the search algorithm should be scaled back.

Mr Sims said during the webinar that Google “just don’t like it”, but the ACCC was “happily” engaging with the company on some problems.

“We’ll make changes to address some of those issues. Not all, but some,” he said.

When asked about whether he believed Facebook would follow through on its threat to yank news content from Australian feeds, Mr Sims replied “I don’t know”, but said it would be “a shame” if it did.

On Wednesday, Facebook Australia appeared before a federal parliamentary committee into issues arising from the 2019 election. Despite the hearing focusing on the last political campaign, company executives were asked about their response to the ACCC code.

“We had to take the decision with an incredibly heavy heart,” he said.

“If the legislative framework is carried forward, it would be uneconomic for us to carry news on our platform.”