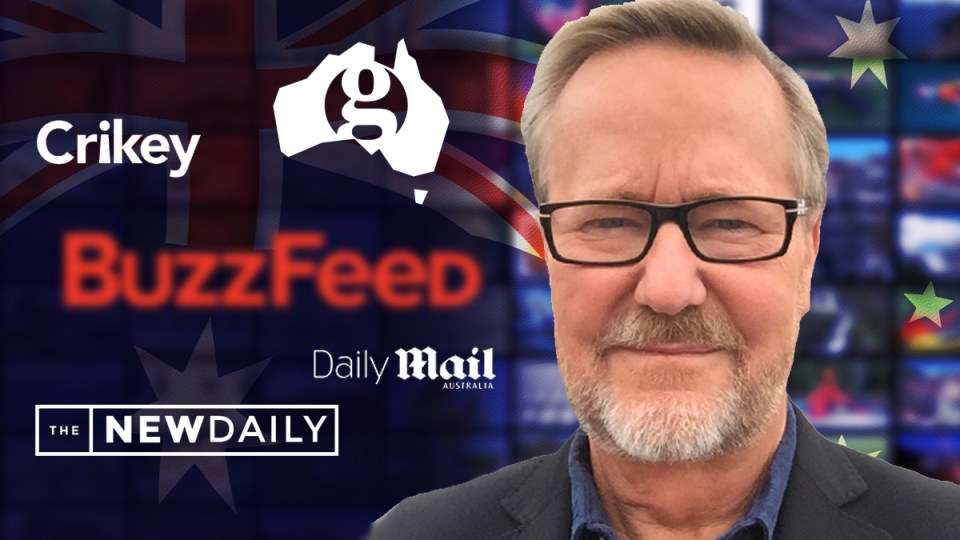 Two years after Australia’s competition watchdog green lighted the biggest consolidation of media ownership here in more than 40 years, the withdrawal of online start-up BuzzFeed has exposed its misjudgment.

In 2018 BuzzFeed, which started here in 2014, was put up as a burgeoning media diversity justification for the historic approval the Australian Competition and Consumer Commission gave to the merger of Fairfax Media and Nine Entertainment.

ACCC chairman Rod Sims ruled: “While the merger between these two big-name media players (Nine and Fairfax) raised a number of extremely complex issues, and will likely reduce competition, we concluded that the proposed merger was not likely to substantially lessen competition in any market in breach of the Competition and Consumer Act.”

“With the growth in online news … many other players, albeit smaller, now provide some degree of competitive constraint. These include, for example, The Guardian, The New Daily, BuzzFeed, Crikey and The Daily Mail.”

28 Iconic Australian TV Ads That'll Hit You With All Kinds Of Nostalgiahttps://t.co/LwhNJeLAMm pic.twitter.com/p9gioeVFsi

The ACCC’s “competitive constraint” justification was laughable then and tragic now as the Australian media industry bids farewell to BuzzFeed in the local news market.

At the time former prime minister Paul Keating attacked Mr Sims and the ACCC for having “relegated the Fairfax mastheads to the ethical dustbin of Channel Nine”.

While by 2020 all local media outlets have lifted their audiences through their coverage of the bushfires and COVID-19 national emergencies, nothing, it appeared, could save BuzzFeed as a local content creator.

A watchdog charged by its legislation with building competitive job-creating industries, and not allowing more powerful vested interests any unfair advantage, should reflect on what has happened.

Local market conditions, including COVID-19 lockdown impacts on ad spend, may well have changed since the ACCC waved through the Nine/Fairfax merger.

But this merger is unfolding as the biggest anti-competitive consolidation since the scandalous 1987 Rupert Murdoch News Ltd. takeover of the Herald and Weekly Times.

A less diverse media is not considered healthy in any functioning, robust democracy.

Also now in the balance is the future of Australian Associated Press, the syndicated local wire service bankrolled by big media companies, including News Corp.

BuzzFeed was a subscriber to AAP, believed to pay up to $5000 a week for its service.

AAP’s closure was announced for June 29 but staff redundancies were put on hold as the AAP board negotiated with potential new owners.

The result of confidential due diligence and price negotiations with at least one potential buyer remains unknown, but with an announcement one way or the other, expected soon.

News Corp has announced it will start a ‘breaking news’ subscriber service to partially offset the loss of AAP.

If AAP survives it may be as a not-for-profit entity of no competitive threat to News or Nine.

So much for competitive diversity.

The diversity justification was laughable then and tragic now as the Australian media industry bids farewell to BuzzFeed Australia.

With regional and community newspaper production suspended during COVID-19 and the still unresolved advertising marketplace battle between Google, Facebook and the paywalled news companies News Corp and Nine, it is widely acknowledged that Australia’s local media industry is in crisis.

Many regional and community print mastheads are unlikely to return and Australia’s metropolitan newspapers have been declared “terminal” within a few years by former News Corp CEO Kim Williams, an expert analyst of the digital economy.

The metro masthead names may survive as online brands, like The New York Times and Washington Post, but such survival will depend on solid subscriber and advertising support.

Another sad day for media diversity in Australia. https://t.co/1qsyPEqCtx #MEAAmedia

Under direction from Treasurer Josh Frydenberg and Communications Minister Paul Fletcher, the ACCC has told media companies it will circulate a “concepts paper” on May 19 seeking stakeholder feedback on its mandatory revenue sharing code.

It will be seeking submissions by June 5. The Morrison government will urgently legislate the world’s first tech giant revenue sharing laws with penalties for non-compliance after July.

The Anthony Albanese Opposition has indicated its bipartisan support.

The ACCC is anticipating litigation from Google and Facebook all the way to the High Court to test Australia’s competition and copyright laws.

The world’s media will be watching.

Mr Costello told Nine masthead The Australian Financial Review: “We think that Google and Facebook are driving advertising revenue of about $6billion in Australia and roughly 10 percent of that is as a result of news content.

“So, if you apply those figures, Google and Facebook are taking about $600 million of advertising revenue out … which otherwise could have, or should have, been going to the media”.

Mr Costello implied that with such massive revenues Google and Facebook would barely miss $600 million.

Mr Costello’s AFR also reported this week that Google Australia made $4.8 billion in revenue in 2019 but transfer payments to its US parent clipped its gross profit to $823 million and its tax bill to just $100 million.

So much for diversity in Australia’s media as BuzzFeed exits