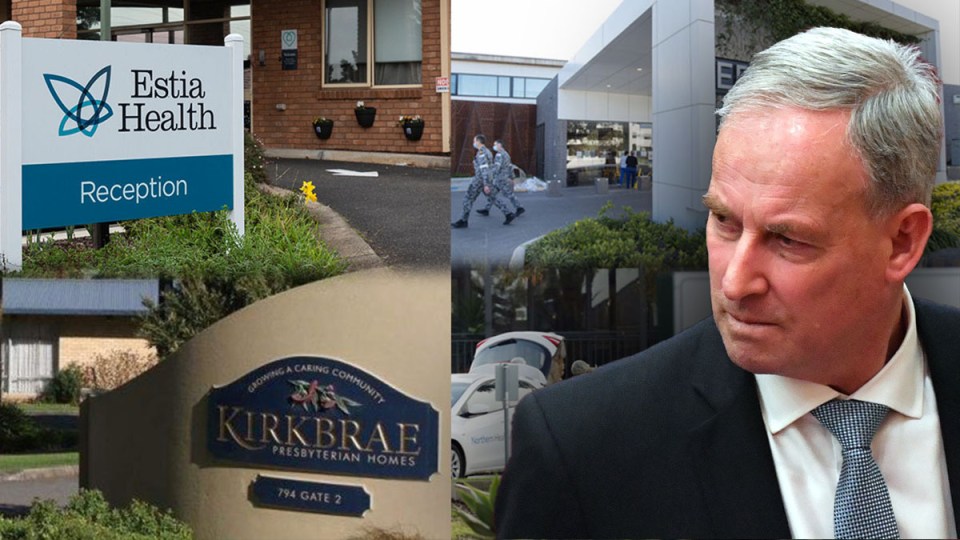 Australia’s principal health committee wasn’t consulted before the aged-care regulator halted critical unannounced inspections of nursing homes for 11 weeks at the height of the pandemic.

It comes as the Labor Party promises to move another censure motion against embattled Aged Care Minister Richard Colbeck in the Senate.

Unannounced visits to aged-care homes are a crucial part of the regulatory process from the federal government, with Aged Care Quality and Safety Commission inspectors meant to check if facilities were properly caring for residents.

However, the commission reportedly made just 235 unannounced visits to homes since March – despite there being more than 2700 facilities in the system.

At least 450 Australians in Commonwealth aged care have died of COVID, according to federal statistics.

Horror stories from facilities in Melbourne and Sydney have told of poor infection control, a lack of personal protective equipment, and lax adherence to protocols on communication and reporting – all areas that regulator visits would aim to pick up.

On Monday, Senator Colbeck admitted inspections had been wound back earlier in the year, with the system changed from undertaking unannounced visits to short-notice visits – meaning homes were notified in advance.

“The cessation of unannounced visits was done on medical advice at the time, being concerned about taking COVID-19 into facilities,” the minister said at a press conference announcing $563 million for aged care COVID responses.

“The Quality and Safety Commission has a number of mechanisms to investigate and to check on residential aged-care facilities. It’s not a one-touch regulator … It’s not just about unannounced visits.”

However, Senator Colbeck did not detail where the advice to cease the unannounced visits came from but said they had now recommenced.

Deputy chief medical officer Professor Michael Kidd said on Tuesday he did not believe the Australian Health Protection Principal Committee – the peak medical advisory board comprising state and federal chief health officers – was asked for advice on that matter.

“I’m not aware of the AHPPC being asked for advice about whether there should have been any cessation of visits by the visitors from the Aged Care Quality and Safety Commission,” Professor Kidd said.

“It is important though that visits do take place in person so that people are able to see for themselves that each facility is doing everything that it can and should be doing to protect the health and wellbeing of the residents in those facilities.”

The New Daily has contacted the Aged Care Quality and Safety Commission for confirmation of where the health advice came from recommending a stop to unannounced visits, as well as the federal health department for confirmation that it did not come from the AHPPC.

In a statement to The New Daily on Wednesday morning, aged care commission head Janet Anderson said the decision to halt unannounced visits was made “to minimise infection risks for residents, staff and its own employees”.

She said the advice to do had come from “the Department of Health and state and territory government health authorities”, as well as “other clinical advice, including from our Chief Clinical Advisor”.

The regulator’s chief clinical advisor sits on the Aged Care Advisory Group, which advises the AHPPC. Professor Kidd is the chair of that group.

In a separate public statement on Tuesday, Ms Anderson revealed barely 400 specific infection-control checks had been carried out by the regulator this year.

That period includes the entirety of 2020, not just the period of the pandemic.

“The commission, as the national regulator, has conducted more than 1100 site visits to aged-care services since January, including 410 visits to check infection-control practices,” Ms Anderson said, claiming visits had “increased significantly this year”.

Ms Anderson said the commission had carried out telephone checks with facilities, as well as asking some homes to “self-assess”, instead of conducting in-person visits.

“The commission has issued 20 Notices of Requirement to Agree to Certain Actions (called a Notice to Agree) to providers in Victoria and NSW since the beginning of the pandemic,” Ms Anderson said.

“Unannounced spot checks conducted by the commission initially in Victoria and NSW are being extended to all jurisdictions to observe infection-control practices”.

My message to the Minister for Aged Care @richardmcolbeck

If you can't do your job, get out of the way and give it to someone who can because older Australians deserve better than this.#auspol #covid19 #agedcare #senateqt pic.twitter.com/VtJLW0qEJF

It comes as Labor moves to officially censure Senator Colbeck in Parliament.

A motion from opposition Senate leader, Penny Wong, called on the upper house to censure the minister for “failing to recall the most basic and tragic facts about aged-care residents“.

Senator Wong alleged the government “failed to protect aged-care residents from COVID-19 by ignoring … warnings from experts and unions”.

The motion was not successful on Tuesday when first introduced, but The New Daily understands Labor will seek to have it be debated again on Thursday.