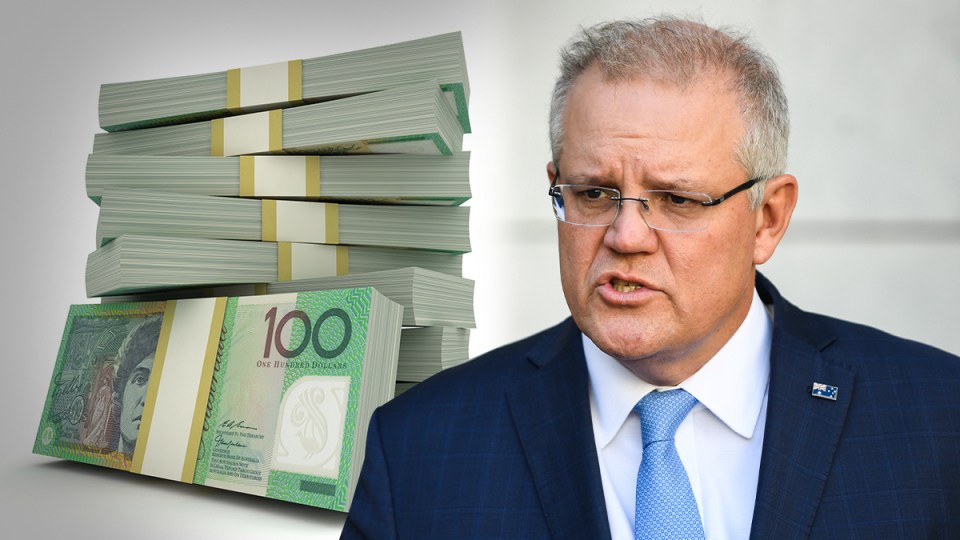 After splashing cash, Prime Minister Scott Morrison has one eye on the best time to call an election. Photo: TND

The second Victorian lockdown has forced the federal government to massively bolster the JobKeeper program by significantly expanding eligibility criteria and allocating an extra $15 billion to the scheme.

In an unexpected move to be officially announced on Friday, Prime Minister Scott Morrison said the overhaul was about “doing whatever it takes to save lives and save livelihoods”.

The changes, to be applied nationwide, will make another 740,000 Australians eligible for the payment.

The announcement came after treasury analysis projected the Victorian restrictions would slash up to $12 billion from the national GDP.

National unemployment is now expected to peak around 10 per cent by December – up from the previous estimate of 9.25 per cent.

The changes are expected to allow more workers to access the subsidy for longer.

The treasury department estimates more than 500,000 more Victorians would now be eligible.

How JobKeeper will change

Under the previous eligibility rules, a business that wanted to access JobKeeper for its employees would have had to show significant falls in turnover in the June and September quarters.

The federal government feared that because conditions improved in May, June and July after Victoria emerged from its first lockdown, many businesses would become ineligible for the new JobKeeper payments.

Under the changes, businesses will only have to prove a significant dip in turnover in the September quarter as the lockdown effects take hold.

In addition, there are further eligibility changes for workers.

Previously, an employee only qualified for JobKeeper if they were employed as of March 1; but under the changes, Victorians employed as of July 1 will be eligible.

Treasury estimates that an extra 530,000 Victorians would get JobKeeper in the September quarter, a total of 1.5 million people.

By the December quarter, it is estimated an extra 740,000 people nationwide will be getting the subsidy.

The changes will not alter the rates of payment.

They will remain at $1500 per fortnight per worker until the end of September, then – as announced last month – gradually reduce in following months, to $1200 then $1000 for full-time workers, and $750 then $650 for people working less than 20 hours a week.

The impact of the expanded eligibility is expected to cost $15.6 billion.

“The introduction of Stage 4 restrictions by the Victorian government will have a severe economic impact on the Victorian and Australian economy,” Mr Frydenberg said.

“Under the changes that will apply nationwide, to be eligible for JobKeeper post-September 28, organisations will only have to demonstrate that their actual turnovers have significantly declined in the previous quarter.

“They will no longer be required to have also suffered a significant decline in the June quarter in order to remain eligible or access the payment for the first time post 28 September.

“As we have said all along, we will continue to do what is necessary to cushion the blow and help Australians get to the other side.”

“Our response is to get the right support to all those Australian families, workers and businesses that need us, as these circumstances change,” he said.

“This means more support for more workers and more businesses for longer, as we battle this latest Victorian wave.”