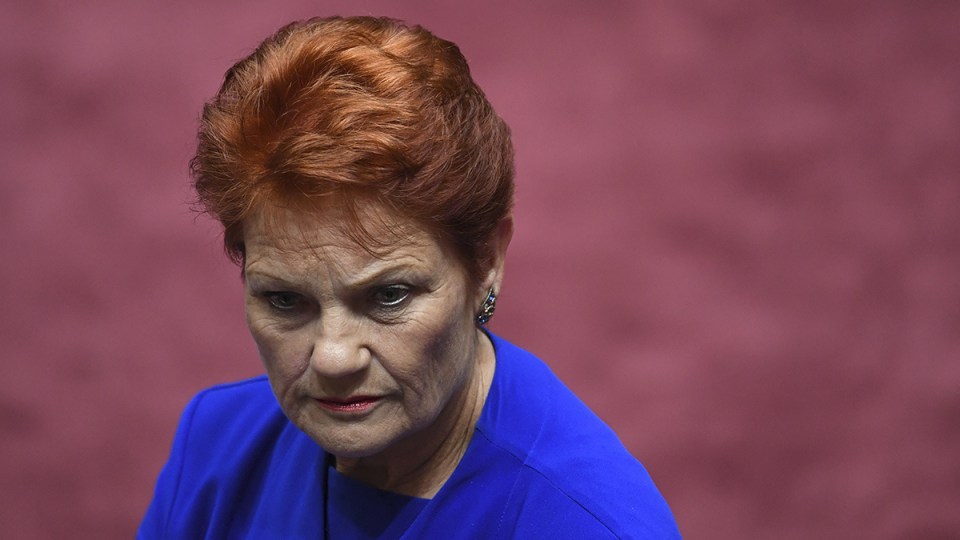 Senator Hanson's remarks caused a storm, but she later said she did not see what had been offensive. Photo: AAP

One Nation leader Pauline Hanson has been dumped as a regular commentator from Nine’s Today program, after “ill-informed and divisive” comments on the lockdown of Melbourne public housing blocks.

In a panel discussion on Monday’s program, Senator Hanson appeared to blame the lockdown of Melbourne public housing blocks on people who “can’t speak English”, saying residents “from war-torn countries … know what it is like to be in tough conditions”.

Nine’s director of news and current affairs, Darren Wick, issued a statement just hours later, confirming she would “no longer be appearing on our program as a regular contributor”. 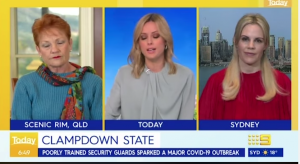 “We don’t shy away from diverse opinions and robust debate on the Today Show. But this morning’s accusations from Pauline Hanson were ill-informed and divisive,” Mr Wick said.

“At a time of uncertainty in this national and global health crisis, Australians have to be united and supportive of one another. We need to get through this together.”

Ms Hanson’s comments were swiftly condemned by Labor as “hateful and hurtful”, with Today also coming under fire for inviting the senator to be part of its panel.

Ms Hanson was asked about the controversial decision to lock down 3000 residents in nine Melbourne public housing towers, amid Victoria’s ongoing coronavirus surge.

As The New Daily reported, residents had complained at the weekend about running out of food and not being supplied with appropriate rations by the government.

“A lot of these people are from non-English speaking backgrounds, probably English is their second language, who haven’t adhered to the rules of social distancing.”

“If they are from war-torn countries, which some of these people are, they know what it’s like to be in tough conditions.”

Many people in the housing estates are from African countries.

When she was asked what link there was between English language proficiency and the lockdowns, Senator Hanson claimed it “has a lot to do with it”.

“Why should we put everything out in someone else’s language? When you come to Australia, as lots of Australians say, you learn to speak English and you should have the English language when you actually are taking your citizenship but governments have been so lax about it,” she said.

“We should not be putting out literature in their own language. Learn to speak English when you come here to this country. That’s a big problem that we have in Australia.”

It set off an avalanche of criticism online, with hundreds of negative comments on the video of the discussion posted to Today‘s Twitter page. The video later appeared to have been deleted.

Entertainment identity Julia Zemiro tweeted that she would knock back any requests to appear on Today if asked.

I have long said no to going on @sunrise to promote anything because they continue to invite Hanson on regularly. @TheTodayShow has been added to the list.

“These are a group of people who deserve our support, to get through an awful situation not of their making. Senator Hanson’s remarks do not bear repeating, but her conduct must be condemned by all sides of politics,” Mr Giles said.

“Now is a time for political leadership which unequivocally rejects racism, and the forces seeking to divide Australians.”

Mr Giles said Labor wanted the federal government to join “in repudiating Senator Hanson’s hateful and hurtful conduct”, and to back Labor’s calls for a new national anti-racism campaign.

Senator Hanson posted video of the panel to her personal Facebook page, commenting “I’ve gone back over the interview and I’m struggling to see what I said that was so controversial”.