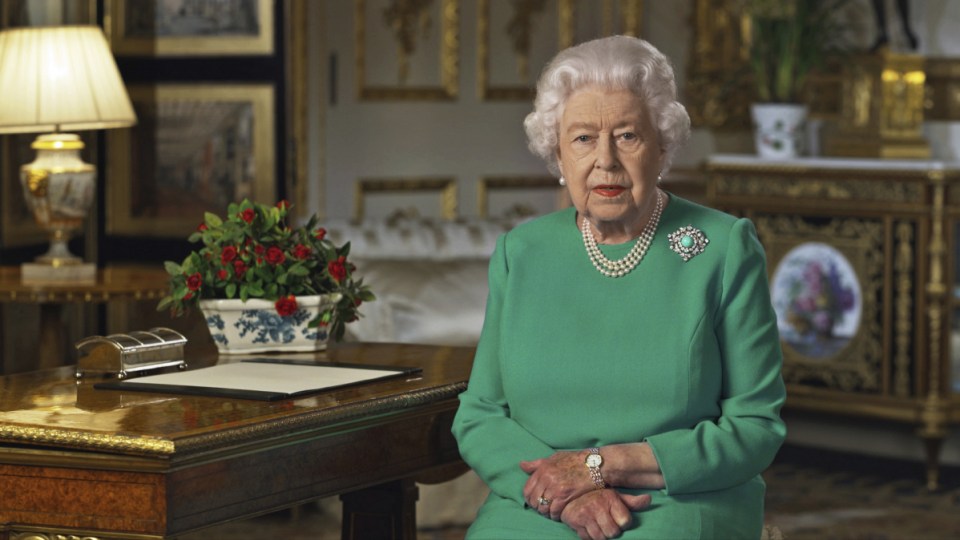 Queen Elizabeth doesn't want any fuss over her 94th birthday amid the coronavirus pandemic.
opinion

For a Republican, they’re at best irrelevant and, at worst, tedious reminders of how irrelevant the Royal Family has become.

So why would I care that Her Majesty had addressed the British nation and, by extension, the Commonwealth, on the challenges presented by COVID-19?

Seated beside a writing desk, her hands clasped on her lap, Queen Elizabeth II spoke from a sitting room at Windsor Castle on Sunday afternoon.

This, I thought, would be five or so minutes of empty rhetoric and bland platitudes.

But I was wrong. Her address was life-affirming and in a quiet, subdued way, inspirational.

It was the sort of address every politician should aspire to deliver and about as far removed from a Donald Trump word-stew as one could imagine.

Scott Morrison should watch and learn too.

Perhaps it was her own proximity to the illness that inspired the Queen or her speechwriters.

As she spoke, her Prime Minister Boris Johnson was in hospital fighting the disease and her oldest son, Charles, was recovering from it.

She began with a nod to workers on the National Health Service frontline: “Every hour of your hard work brings us closer to a return to more normal times.”

But then, in a clever segue, she thanked those who are, in effect, doing nothing. And constantly carping about it.

“I also want to thank those of you who are staying at home, thereby helping to protect the vulnerable and sparing many families the pain already felt by those who have lost loved ones.

“Together we are tackling this disease, and I want to reassure you that if we remain united and resolute, then we will overcome it.”

Her Majesty The Queen addresses the UK and the Commonwealth in a special broadcast recorded at Windsor Castle. pic.twitter.com/HjO1uiV1Tm

But then came the master stroke, as she evoked the never-say-die spirit of Britons – and Australians – during the great wars.

“I hope in the years to come everyone will be able to take pride in how they responded to this challenge.

“And those who come after us will say the Britons of this generation were as strong as any.”

It shouldn’t surprise us that the Queen and her communications team are capable of such oratory.

After all, she’s been at it for 80 of her 93 years, a point she made along the way, again evoking World War II.

“It reminds me of the very first broadcast I made, in 1940, helped by my sister.

“We, as children, spoke from here at Windsor to children who had been evacuated from their homes and sent away for their own safety.

“Today, once again, many will feel a painful sense of separation from their loved ones. But now, as then, we know, deep down, that it is the right thing to do.”

It dawned on me at this point that the speech, just 525 words, was as powerful for what it didn’t say as for what it did: It could be worse, you could be sheltering at home because people are trying to shoot or bomb you. So ‘Stop Whingeing And Get On With It’. (Last century, pre-Twitter, it was the more elegant, ‘Keep Calm And Carry On’.)

It set up one last, telling point: Unlike the two world wars that defined the 20th century and divided people into enemies and allies, this 21st century pandemic unites us all.

“This time we join with all nations across the globe in a common endeavour, using the great advances of science and our instinctive compassion to heal.

“We will succeed – and that success will belong to every one of us.”

It took less than five minutes for Her Majesty to say what the supposed leader of the Free World, Donald Trump, has failed to do in hours and hours of televised bile, ineptitude and stupidity.

Was it the Queen’s finest hour?

It was certainly her best four-and-a-half minutes.

Now, stop whingeing, watch the address and then get on with it.