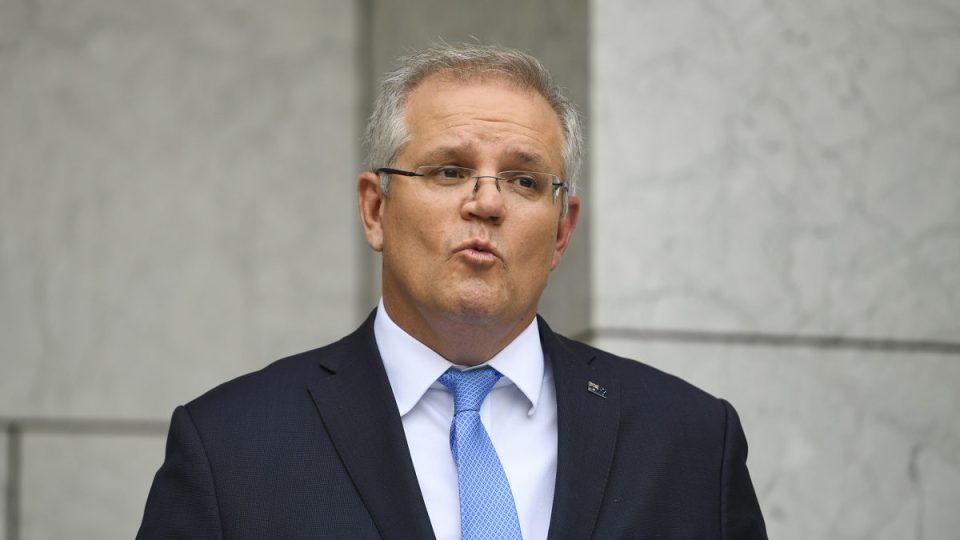 Prime Minister Scott Morrison is hoping a “snap back” occurs after the crisis. Photo: AAP

Industrial Relations Minister Christian Porter has got it right.

There is no will in the Parliament to stand in the way of the government’s unprecedented JobKeeper program.

On the weekend Mr Porter waxed lyrical when he said “we are pushing a $130 billion lifeboat out into the roughest economic seas Australia has ever seen”.

Despite real concerns from the unions and the Opposition that the package leaves one million casuals either neglected or shortchanged, Labor’s Tony Burke says there is nothing he can imagine that would see the party voting against the wage subsidy.

The perfect will not be allowed to be the enemy of the good, despite the good potentially laying the foundations for a WorkChoices-style erosion of workers rights once Scott Morrison’s foreshadowed “snap back” occurs after the crisis.

Fuelling these fears is the belief that hostility to the unions and organised labour is in the Coalition’s DNA.

This is the real reason for the hesitation about using the “sledgehammer” of blanket legislation varying all awards, enterprise agreements and work contracts, rather than the Fair Work Commission doing it on a case-by-case basis.

Mr Porter thinks this is time-wasting madness, which would see many of the six million workers losing the promised income support for weeks or months.

Besides, he says the legislation will have a six-month sunset clause.

Australian Council of Trade Unions secretary Sally McManus is urging Labor, the Greens and the crossbench to oppose changes to the Fair Work Act because she says they are not necessary.

Ms McManus, who has been in line-by-line discussions with Mr Porter, is also not buying into the Prime Minister’s characterisation of Team Australia; she certainly doesn’t agree with “no unions and no bosses”.

She told David Speers on Insiders “I wouldn’t say that there are no unions and I can assure the working people in Australia that the trade union movement is here and working in their corner”.

The latest Newspoll found overwhelming public support for the JobKeeper package with its $1500-a-fortnight payment for workers who otherwise would have received nothing because their businesses were unviable.

Mr Morrison has an approval rating not seen for a prime minister since Kevin Rudd at the height of the Global Financial Crisis.

For a leader who just three months ago during the bushfires saw his support collapse to near record lows, this is very heartening news.

Although it could be tempered by the fact that within two years Mr Rudd’s party dumped him.

The durability of Mr Morrison’s new-found approval will be just how long Australians are prepared to co-operate with the draconian social distancing and isolation measures that have shut down the way in which a healthy society  and economy operate.

For now the consensus is the deadly COVID-19 virus leaves no choice for anybody.

Some of the government’s media cheer squad see Mr Morrison’s stunning pivot to the left, plunging the budget into multibillion-dollar deficit, as evidence of a superior political mind stranding Labor.

This is too glib and underestimates the real gravity of the situation.

It also ignores the fact that by coming on to Labor’s traditional turf, the Liberal Prime Minister has given credibility to “big government” and “big spending”.

By the same token Ms McManus has the not-too-distant past to prompt her wariness of a Coalition government stripping wages and conditions in the name of saving jobs.

The coronavirus may yet have a lot to answer for.