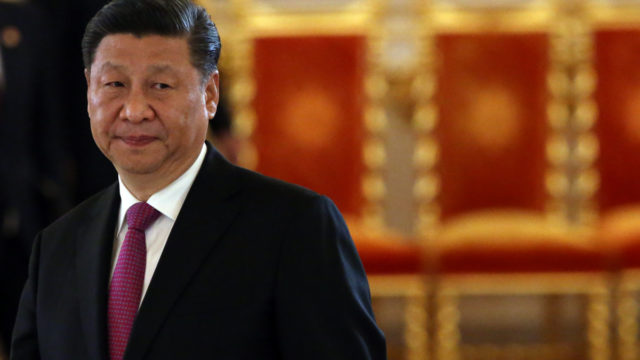 China has lashed out at the Australian government after Prime Minister Scott Morrison called for the Asian powerhouse to be reclassified as a developed economy.

Following Donald Trump’s lead, Mr Morrison used his speech to business leaders in Chicago to urge the East Asian country to admit it was no longer a developing country.

China has self-declared as a developing economy, which affords it concessions and exemptions designed to boost economic activity.

There have been growing calls for the country, which is the world’s second-largest economy and home to the most billionaires, to re-classify as a developed nation.

The response to Mr Morrison’s comments was swift.

In a damning op-ed published in the state-controlled China Daily, a mouth-piece for the Chinese Communist Party, Australia was accused of “depriving” its biggest trading partner of its rights.

“This is typical Western rhetoric that ignores the reality of China with the purpose of depriving it of the rights it is entitled to as a developing country under World Trade Organisation rules,” it read.

A separate editorial in the Global Times said Chinese people found their country’s reclassification as a developed economy to be “overwhelming’’, “exaggerating’’ and “untrue’’.

Very few Chinese people viewed their country as a “developed society”, and people were generally “resentful” of claiming to be “economic superpowers”, the editorial said.

Closer to home the criticism intensified.

A delegation of Chinese academics visiting Canberra accused Mr Morrison of speaking “the US view through his mouth”.

On Tuesday, the break in bi-partisan attitude towards China was evident as Opposition leader Anthony Albanese questioned the rhetoric of the Prime Minister.

He said Australia should engage without using “a loud hailer from the United States.”

But Mr Morrison’s comments were not just in line with the US – they echoed similar views shared by other countries, said Michael Shoebridge, director of defence, strategy and national security at the Australian Strategic Policy Institute.

“The distorting effect on international trade and many of the world’s economies from core Chinese state policies and practices is recognised by many world leaders,” Mr Shoebridge told The New Daily.

“This type of reform is agreed by almost all G-20 finance ministers and leaders, not China or the US, as they acknowledge that the current rules are not working.”

A rock and a hard place

Global trade expert at Monash University Dr Giovanni Di Lieto said Australia has found itself in a difficult position – stuck straddling an economic relationship with China and historical allegiance with the US.

“With the foreign dollar getting weaker and iron ore prices going up, we’re playing with fire,” he said. “It’s a high-risk game.”

Pointing to international pressure points, such as the trade war, Hong Kong protests and upcoming US election, Dr Di Lieto said Australia could be forced to choose which side it sits on soon.

“I think we’re really close to breaking point, where it will pass a certain level where we have to take a clearer stance,” Dr Di Lieto said.

“I don’t think we’ve reached the point yet, but we’re close.”