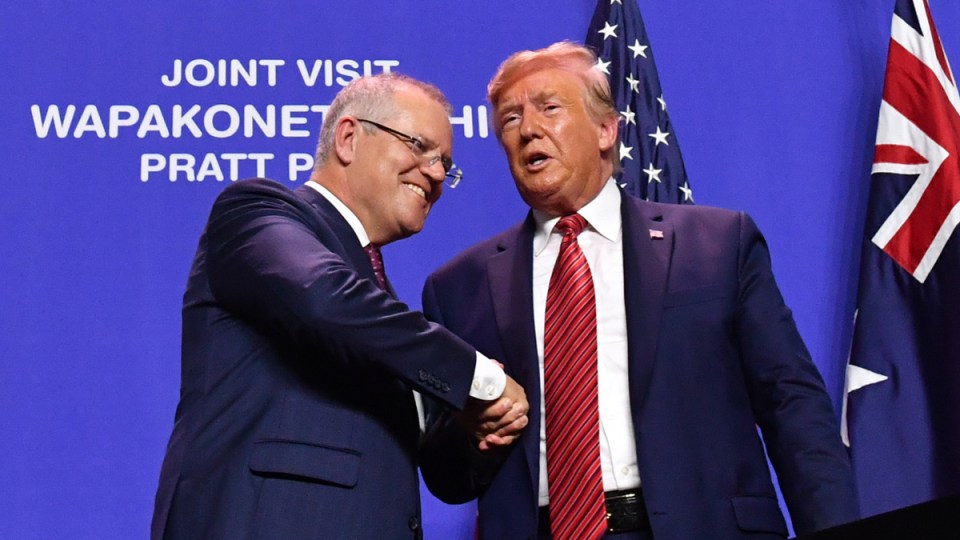 Donald Trump has echoed Scott Morrison’s language on China’s status, saying the world’s second-largest economy should not be allowed to call itself a developing country.

The US president also told the United Nations the future belonged to patriots, not globalists.

He called for drastic change at the World Trade Organisation, saying the theory that including China would force the Asian giant to stick by the rules had been tested and proven wrong.

“The second-largest economy in the world should not be permitted to declare itself a developing country in order to game the system at others’ expense,” Mr Trump told the UN General Assembly overnight.

“For years, these abuses were tolerated, ignored or even encouraged.

“Globalism exerted a religious pull over past leaders, causing them to ignore their own national interest.”

Mr Morrison used a speech in Chicago on Monday to argue China should be treated as a newly-developed economy in trade and environment policy, a point he has articulated publicly for at least six weeks.

He told reporters after Mr Trump’s speech that he and the American leader “often come to similar conclusions, but we come from a different perspective”.

Anyone arguing China’s economy hadn’t matured only needed to look at its levels of economic investment beyond its borders, such as in the Pacific Islands, and its military expansion.

Labor has criticised the characterisation, with Opposition Leader Anthony Albanese repeating his assertion that China’s economy was “quite clearly still developing”, pointing to its low per capita income.

This sentiment was echoed by a high-level delegation at the Chinese embassy in Canberra.

Renmin University professor Wang Yiwei told reporters: “The timing and place where Morrison said it, maybe it is not Morrison’s view, it is President Trump’s view.”

Foreign Minister Marise Payne met her Chinese counterpart Wang Yi on the sidelines of the UN on Tuesday for discussions she characterised as very positive.

It’s the second time in two months the ministers have met.

UN Secretary-General Antonio Guterres issued a stern warning against a “great fracture” with the world split in two between the US and China, with competing sets of trade and financial rules, internet and artificial intelligence capacities, and zero-sum geopolitical and military strategies.

“We must do everything possible to avert the great fracture and maintain a universal system,” he said.

Mr Morrison, who is due to address the UN on Thursday before heading home, says he is far more optimistic about the future.

“It’s just the economy moving through a new phase, and the international community adjusting to that.”

Trump and Morrison double up on China