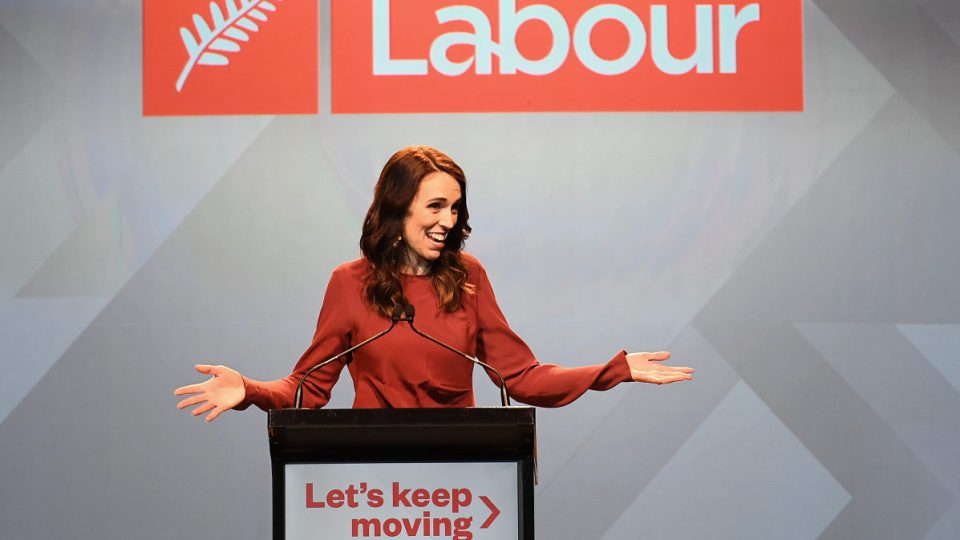 Jacinda Ardern has won a historic victory in the New Zealand election, securing a thumping mandate and possibly a parliamentary majority for Labour’s second term.

The internationally popular prime minister is set to claim the biggest single-party haul since Labour won in 1938.

Speaking to media Ms Ardern said she was “very pleased with the results tonight” and that she would continue to govern as a  “consensus politician”.

“Well look everybody worked so hard,” the PM said when asked if she was surprised by the sweeping victory.

“I imagine I’ll take a little moment later this evening and then first thing tomorrow we crack on with work.”

The Electoral Commission is predicting 65 MPs for Labour in the 120-seat parliament, well ahead of polling predictions.

The opposition National party, led by Judith Collins, is heading for a disastrous result.

If the results hold, Ms Ardern will be the first leader to have won a majority government since electoral reform in 1996.

Labour president Claire Szabo said it was a “great night for Labour”. amid delirious scenes at Auckland’s Town Hall where Labour is holding their election night party.

The landslide has Labour ahead in seats party strategists never expected to claim.

Kiwis are also voting in two referenda – to legalise cannabis, and separately, to legalise euthanasia – but the result of those ballots won’t be confirmed until next month.

“We will be back,” she said at National’s function in Auckland on Saturday night.

National, which governed for nine years under the leadership of John Key and Bill English until Jacinda Ardern took power in 2017, was destroyed at the ballot box.

Ms Collins’ caucus will fall from 54 members to around 35, with generationally blue seats turning red in the Labour landslide.

That is likely to include deputy leader Gerry Brownlee.

National has held his seat of Ilam and its previous incarnations since 1948.

“It is an outstanding result for the Labour party (and) it has been a tough campaign,” Ms Collins said, revealing she had phoned Ms Ardern to concede.

The 61-year-old was the fourth opposition leader for the Nationals during the three-year term.

The party turned to Ms Collins in July after Todd Muller resigned due to mental health after less than two months in the role.

Collins’ grip on the leadership will come under huge scrutiny in the wake of the loss.

She declined to stand down, saying “we will take time to reflect and we will review and we will change”.

“Three years will be gone in a blink of an eye … just to avoid any doubt, tonight is the start of the next campaign. Bring on 2023!”

End of the road for deputy PM Winston Peters

New Zealand will get a new deputy prime minister and foreign minister after the end of maverick Winston Peters’ political career.

Early signs in the New Zealand election suggest Mr Peters’ party New Zealand First is on track to miss out on parliament.

After 57 per cent of the votes counted, NZ First has just 2.5 per cent – down from 7.2 per cent at the last election, and well short of the five per cent threshold needed to send MPs to Wellington.

The 75-year-old addressed the party faithful at the famous Duke of Marlbrough pub in Russell, a Northland town, refusing to admit defeat.

First elected in 1979 as a National party MP, Mr Peters left the centre-right party in 1993 to found his own populist force.

He told deflated candidates that his party needed to continue on – despite his collapsed party vote.

“This was an election that because of COVID-19 … was like no other,” he said.

“For 27 years there has been one party prepared to question the establishment … more than ever that force is still needed.

“As for the next challenge, we’ll all have to wait and see.”

Mr Peters has brought colour and controversy to Kiwi politics for decades, and most recently was caught up in a party donations scandal that dogged his campaign.

It was the 75-year-old who ensured Ms Ardern would become prime minister back in 2017 after he decided to back Labour over National after weeks of government negotiations.

The foreign ministry will also be vacated, likely to be filled by former leader Andrew Little or Trade Minister David Parker.