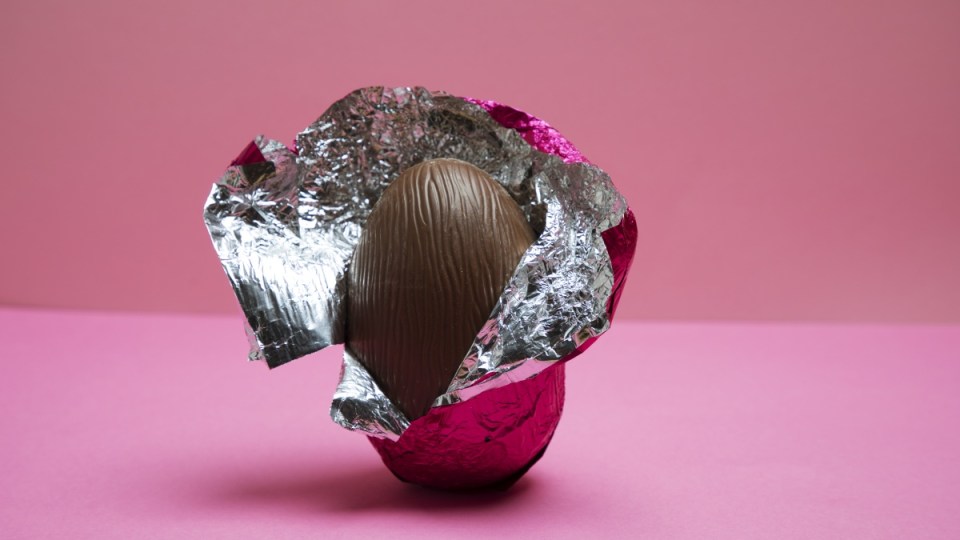 For a healthier Easter, try dark chocolate eggs with some fruit for sweetness. Photo: Getty

If you haven’t already bought your Easter eggs, consider skipping the milk chocolate variety and go for dark chocolate instead. It’s much better for your heart.

There are varieties of 60 or 70 per cent dark chocolate that aren’t so bitter.

Or you could be an Easter saint and melt blocks of dark chocolate, preferably in a double boiler, in which you then dip strawberries or banana or segments of orange.

It’s a good way of introducing dark chocolate to kids, although they’ll probably throw a fit this weekend if they’re used to the eggs wrapped in coloured foil.

Why is dark chocolate good for you?

Dark chocolate in liquid form was taken as medicine, usually with chilli, for hundreds of years by Aztec peoples who are said to have used cocoa beans as currency.

Cacao arrived in Europe in the 1500s and over time became, in the main, a treatment for emaciated patients, poor kidneys, nervous conditions and bad digestion.

In 2020, with the advent of the COVID-19 pandemic, researchers found some evidence that chocolate might inhibit aspects of the coronavirus.

Eventually, its proven value was in promoting vascular health.

Why is it good for the heart?

The mystery appeared to be solved in 2014, when the research area of gut health and its broader implications was taking off.

A paper, presented at an American Chemical Society meeting, detailed an experiment that showed how fermentation of cacao by gut bacteria created anti-inflammatory compounds that improved blood vessel function.

“We found that there are two kinds of microbes in the gut: The ‘good’ ones and the ‘bad’ ones,” explained Maria Moore, an undergraduate student from Louisiana State University, and one of the study’s researchers.

“The good microbes, such as Bifidobacterium and lactic acid bacteria, feast on chocolate,” she said.

“When you eat dark chocolate, they grow and ferment it, producing compounds that are anti-inflammatory.”

The other bacteria in the gut are associated with inflammation and can cause gas, bloating, diarrhoea and constipation.

These include some Clostridia and some E. coli. (A 2020 study found that cacao reduced some of these pathogenic bacteria.)

A wealth of active agents

“When these compounds are absorbed by the body, they lessen the inflammation of cardiovascular tissue, reducing the long-term risk of stroke,” said Dr John Finley, PhD, who led the 2014 study.

He explained that cocoa powder contains several polyphenolic, or antioxidant, compounds such as catechin and epicatechin, and a small amount of dietary fibre.

Both components are poorly digested in the small intestine. But when they reach the colon, the fibre is fermented and the large polyphenolic polymers are metabolised to smaller molecules, which are more easily absorbed.

A 2013 study found that dark chocolate boosted the vascular health in overweight men. Chocolate as a medicine for fat people! That’s a happy Easter story.

Since then, evidence has grown for a range of health benefits associated with dark chocolate. See our report from last year.

A gut feeling: How dark chocolate improves your blood flow