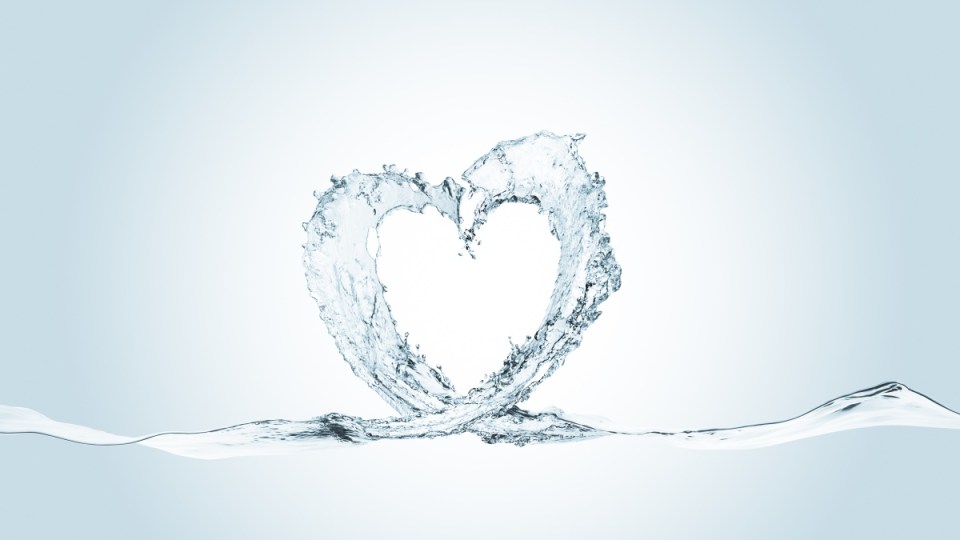 Drinking water is an easy way to protect your heart. But most people are dehydrated. Photo: Getty

Failing to drink enough water each day won’t just leave you sluggish and constipated – it increases your risk of heart failure.

The reason is simple. When you are dehydrated – and that’s probably most of us, most of the time – the amount of blood circulating through your body decreases.

This causes the blood to thicken, with retained sodium. In turn, your heart rate increases, and so does your blood pressure.

In other words, your heart is put under strain as it needs to work harder.

With that in mind, a new study from the National Institutes of Health, the US government’s medical research agency, has come to an obvious conclusion:

Staying well hydrated may be associated with a reduced risk of developing heart failure.

In practical terms, according to the researchers, staying well hydrated means a daily fluid intake of 1.5 to 2.1 litres for women, and two to three litres for men.

If you want the gold standard of rehydration, go for skim milk, which is mostly water but also contains electrolytes.

“Similar to reducing salt intake, drinking enough water and staying hydrated are ways to support our hearts and may help reduce long-term risks for heart disease,” said Dr Natalia Dmitrieva, the lead study author and a researcher in the NIH’s Laboratory of Cardiovascular Regenerative Medicine.

A thirsty heart is a hardening heart

The researchers previously found, in pre-clinical studies, connections between dehydration and cardiac fibrosis, a hardening of the heart muscles.

In the new study, they looked for similar associations in large-scale population studies.

This involved analysing data from more than 15,000 adults, aged 45 to 66, who enrolled in the Atherosclerosis Risk in Communities (ARIC) study between 1987 and 1989 and shared information from medical visits over 25 years.

The scientists focused on those whose hydration levels were within a normal range and who did not have diabetes, obesity, or heart failure at the start of the study.

This is where it got interesting

The researchers looked at levels of serum sodium, “which increases as the body’s fluid levels decrease”. This helped identify participants with an increased risk for developing heart failure.

It also helped identify older adults “with an increased risk for developing both heart failure and left ventricular hypertrophy, an enlargement and thickening of the heart”.

The normal range for serum sodium levels is 135 to 146 milliequivalents per litre (mEq/L).

A milliequivalent is commonly used to measure electrolytes.

The researchers found that adults in midlife with serum sodium levels starting at 143 mEq/L – at the top end of the range – had a 39 per cent associated increased risk for developing heart failure compared to adults with lower levels.

And for every 1 mEq/L increase in serum sodium within the normal range, the likelihood of a participant developing heart failure increased by five per cent.

The risk increased with age

In a cohort of about 5000 adults aged 70 to 90, those participants who had recorded serum sodium levels of 142.5 to 143 mEq/L in middle age were 62 per cent more likely to develop left ventricular hypertrophy.

In other words, a one in two risk of their hearts giving out.

Based on this data, the authors “conclude serum sodium levels above 142 mEq/L in middle age are associated with increased risks for developing left ventricular hypertrophy and heart failure later in life”.

There’s good reason to avoid this

Once you’ve been diagnosed with heart disease, staying hydrated becomes a little tricky.

You actually need to make sure you don’t drink too much water to prevent fluid build-up.

As an explainer from the University of Maryland Medical Centre detailed: “Feeling thirsty can be caused by fluid restriction, which is part of self-care management for heart failure.”

In fact, heart failure syndrome itself and its treatment “also contribute to the thirst response”.

In other words, it is normal to feel thirsty when you have heart failure.

At the same time, it is very important to prevent dehydration because of the risk of putting your heart under strain.

If you’ve suffered heart failure, or kidney disease, and you’re not sure how much you should drink per day, ask your doctor.

Drinking plenty of water a day reduces the risk of heart failure. Here’s how much