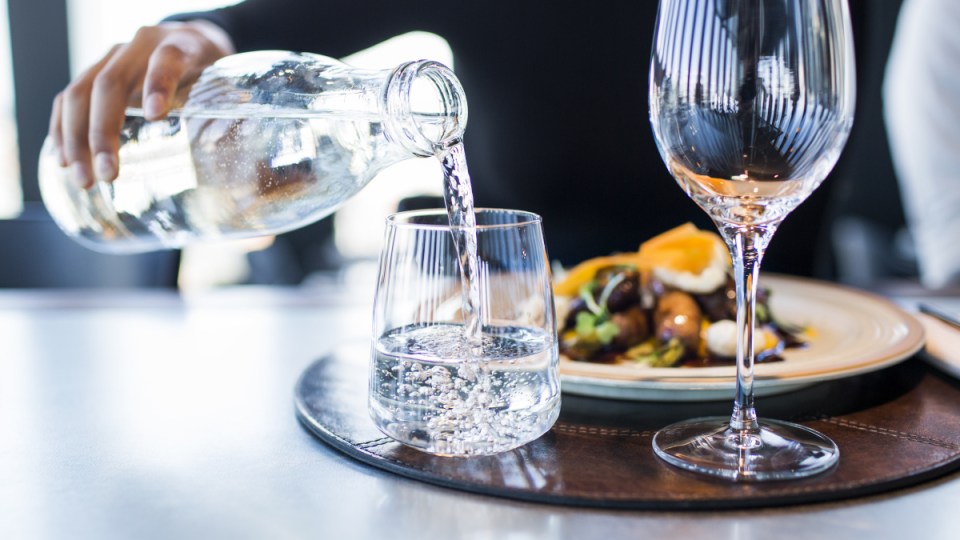 Still water ranked number 10 in a study of drinks that keep you hydrated longer. Photo: Getty

If you have a big work assignment – or a university exam – that requires hours of concentration, the last thing you want is to be distracted by thirst or frequent toilet breaks.

For one thing, if you become dehydrated, your mental performance will decline – and by the time you notice it, by feeling thirsty, your brain is already a sluggard.

Can’t your body just leave you alone for a while and let you get this damn work done?

A new study has essentially tackled this scenario by investigating “the effects of 13 different commonly consumed drinks on urine output and fluid balance when ingested in a euhydrated state”.

Euhydrated refers to a healthy and normal level of water content.

The idea was to establish “a beverage hydration index (BHI)”.

The study found that out of 13 popular beverages, water ranked 10th in keeping test subjects sufficiently hydrated for four hours – while skim milk came in first.

Yes, and that’s why it’s so disappointing in coffee or on your cornflakes.

Actually, it’s only 91 per cent water.

Skim milk also contains five grams of carbohydrates per 100 millilitres, 0.1 gram of fat, 3.4 grams of protein – and most importantly 19 millimoles of sodium per litre, and 40 millimoles of potassium.

And this is why

Healthy hydration requires adequate water, yes – but also an adequate level of electrolytes, the chemicals – such as sodium and potassium ions – that transmit the electric impulses that control vital body functions, especially in the heart and brain.

When electrolyte levels drop too low, the electric impulses slow and eventually stop – and the machine you’re hooked up to will go beeeeeeeeeeeeep.

When there’s too much sodium outside your cells, water will rush out via osmosis to dilute the salt levels, causing dehydration.

When cells contain too much salt, the movement of water to rebalance the equation can end up bursting the cells.

So hydration is a constant juggling act

The results of the experiment, by researchers from St Andrews University, are a little confounding at first glance, and need teasing apart.

A total of 72 healthy, physically active men aged between 18 and 35 were split into three groups of 24 and tested at different laboratory sites.

Participants were asked to empty their bladder at the end of the drinking period and again at the end of each hour of the study period.

If a participant requested to pass urine before the hour was complete, this was collected and then added to any further urine produced at the end of the corresponding hour.

Blood and urine samples were then tested for before and after hydration and electrolyte levels.

And the winners are…

The results? Here are the beverages ranked from most hydrating over a four-hour period to least:

Coffee and beer are easy to explain. They’re both diuretics and when excreted from the body, took a good amount of water with them.

The sugars (calories) in cola and orange juice means they spend more time in the stomach before entering the small intestine.

This gives them the illusion of being more hydrating than they actually are, because once in the small intestine, water from the body is called upon to dilute the sugars, and this cause dehydration.

Diet cola contains caffeine, as does tea, but they also contain electrolytes, which still water does not.

Overall, though, you’re better off sticking with water and eating a few more vegetables.

Otherwise drink as many bottles of skim milk as you can manage. Please. Somebody’s got to.