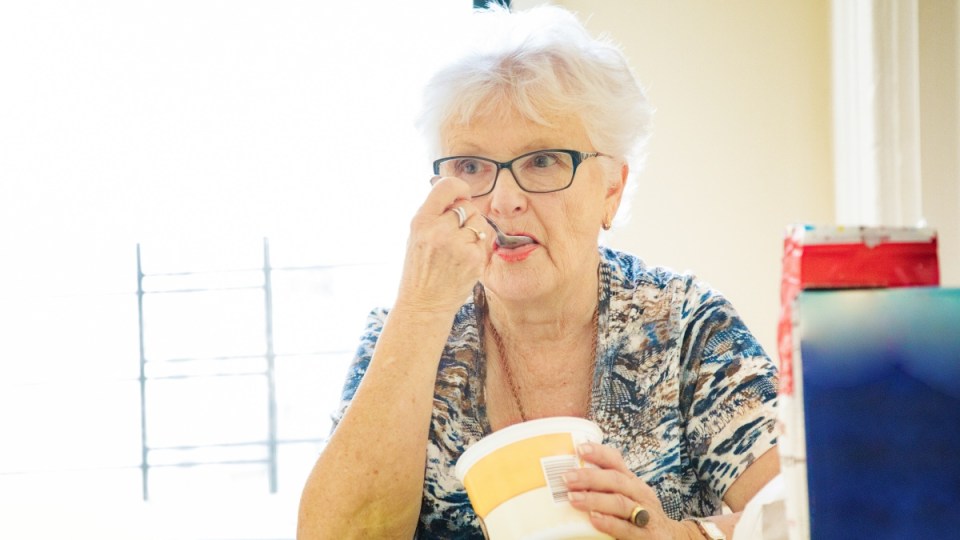 Yoghurt is an easy way to get your nutrients as you age. Photo: Getty

You might vaguely recall the legend of the ancient Bulgarians, yoghurt-eaters who routinely lived beyond a century.

Yoghurt marketers deployed the story in television ads, beginning in the 1970s.

In fact, yoghurt as a cure for ageing was a craze that started at the turn of the 20th century, whipped along by newspapers and magazines.

In 1904, four years before he jointly won the Nobel Prize in Physiology or Medicine for his research in immunity, Professor Elie Metchnikoff gave a public lecture in Paris titled ‘Old Age’.

The lecture focused on what we now call the gut microbiome, the idea that bacteria lives in our gut. Discovered in the 1880s, the microbiome has spawned a tremendous amount of research in the 21st Century, and is now recognised as a driver of good or bad health.

Metchnikoff hypothesised that ageing was caused by harmful bacteria polluting the gastrointestinal tract. He suggested that fruit and vegetables be boiled to keep this bacteria at bay.

What made the audience (including journalists) excited was the suggestion that beneficial healthy bacteria could be cultivated in the gut by eating yoghurt or other types of sour milk.

Metchnikoff, who worked at the Paris-based Pasteur Institute, had surveyed 36 countries and found that more people lived to the age of 100 in Bulgaria than anywhere else.

Within a year, headlines on both sides of the Atlantic had launcvhed a yoghurt craze. “A cure for ageing”, they called it.

So what does science say?

Nearly 120 years later, yoghurt research is running hot, with multiple studies showing yoghurt to protect against toxins, infections, allergies in infants and some types of cancer. The beneficial bacteria in yoghurt is largely credited with providing these protections.

In January, a study from Lancaster University investigated how inflammation, triggered by harmful bacteria, may be a cause of breast cancer.

The bacteria in yoghurt is similar to that found in breastfeeding mothers, which has proved to provide some protection from cancer.

Two 2020 studies found that people who frequently consumed yoghurt appeared to have a reduced risk of developing colon cancer years later. This makes sense. The healthy bacteria in yoghurt keeps the colon healthy and less prone to developing polyps and tumours.

Looking after your gut pays off

The message here is that making plain yoghurt part of your diet early on, and sticking with it, appears to offset diseases we tend to associate with ageing.

A prevalence of harmful bacteria in the gut has been associated with the onset of obesity, type 2 diabetes, irritable bowel syndrome, and chronic inflammatory diseases such as Crohn’s disease, ulcerative colitis and rheumatoid arthritis.

A raft of studies suggests yoghurt is protective against these conditions by boosting the health of the gut microbiome.

For an overview of the evidence, see here.

A 2014 study, for example, found that “higher consumption of yoghurt, compared with no consumption, can reduce the risk of new-onset type 2 diabetes by 28 per cent”.

In December, The New Daily reported on new research from the University of South Australia that found dairy food, but particularly yoghurt, was associated with lower blood pressure for those with hypertension.

“This study showed for people with elevated blood pressure, even small amounts of yoghurt were associated with lower blood pressure,” the authors wrote.

The findings were supported by research going back at least a decade.

“This is because dairy foods contain a range of micronutrients, including calcium, magnesium and potassium, all of which are involved in the regulation of blood pressure.”

In October, we reported that a glass of milk, two slices of cheese and 200 grams of yoghurt significantly reduced the numbers of falls and fractures in an aged-care population. This was due to the high protein and calcium content of these foods.

Which brings us back to old people

Older bodies are less efficient at absorbing nutrients from food, particularly calcium. This is a consequence of age-related diseases, such as compromised kidney function, rather than ageing per se.

Also, digestion of food becomes slower, and more water from food is absorbed into the body, which can lead to constipation.

Yoghurt is a probiotic food that is nutrient-dense, “with unique properties that enhance the bioavailability”, a term that refers to how much of a nutrient in a portion of food is absorbed and utilised by the body.

We can’t say that yoghurt will keep you going beyond your 100th birthday, but it can certainly protect against bone loss and fractures, and from malnutrition, a common problem found in aged-care residents.

How are the Bulgarians doing?

Reportedly, yoghurt has been disappearing from the Bulgarian diet in tandem with agricultural production and incomes.

As the country struggled to transition from communism to a market economy, the annual consumption of yoghurt fell from 40 kilograms per capita, “the world’s highest in the 1980s”, to 22 kilograms in 2001.

Meanwhile, the number of centenarians has also fallen to less than one in every 1000.

About 100 years ago, when Professor Metchnikoff’s speech was causing so much excitement, the figure was four in every 1000.

Why yoghurt might just help you live to 100. And yes, that’s what the science says