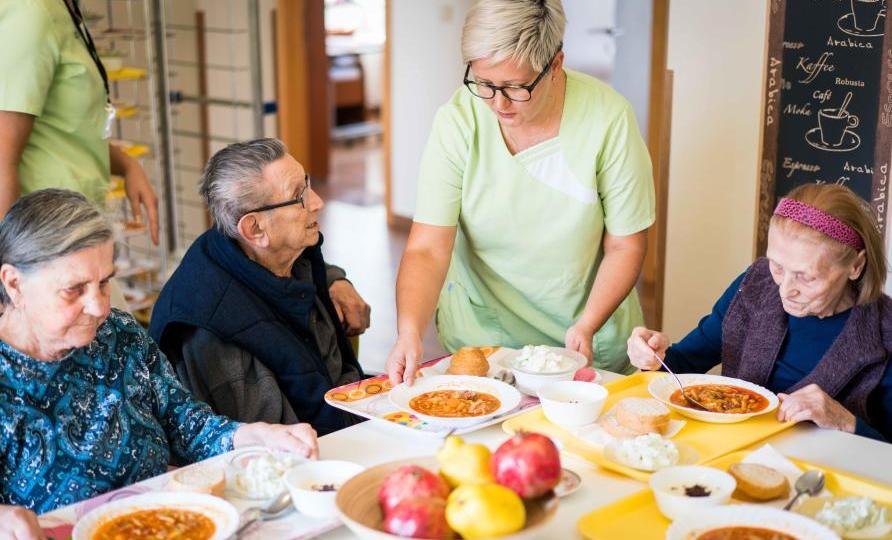 A glass of milk, two slices of cheese and a serve of yoghurt was found to significantly protect against falls and fractures. Photo: Getty

A glass of milk, two slices of cheese and 200 grams of yoghurt. It’s not a lot, says Dr Sandra Iuliano. But it’s enough to significantly reduce the numbers of falls and fractures in an aged care population.

This was the main finding of a two-year trial led by the University of Melbourne and Austin Health that included 7195 residents from 60 Victorian aged-care facilities.

It’s almost shocking that this was the first study to test the impact on the risk of fractures and falls in older adults by providing additional calcium and protein through dairy foods .

“Even we were quite surprised,” Dr Iuliano told The New Daily.

“What we observed is that all but one of the fractures (of residents involved in the study) happened from falls.”

This modest serving of dairy – high in calcium and protein –  offset a routine diet lacking in quality protein, and slowed muscle wasting to the degree that vulnerable aged people could stop themselves from falling.

Previous research, led by Dr Iuliano, across 21 aged care facilities in Melbourne found that 68 per cent of residents were malnourished or at risk of malnutrition.

“By assessing what people were actually eating we found that a major contributor to malnutrition is inadequate protein intake,” she said.

In that study, from 2017, the researchers found that aged care residents were typically given “a daily average equivalent to just one serving of a high-protein food – like lean meat, seafood, eggs, poultry and legumes – compared with a recommended two servings a day”.

And in terms of dairy protein – milk, cheese, yoghurt – residents were “receiving the equivalent of just one serving a day, compared with a recommended four servings a day”.

About 3500 aged-care residents received the dairy food intervention: milk, cheese and yoghurt. The other 3500 residents were a control group, keeping to the diet provided by their carers.

Around 30 per cent of all hip fractures occur in aged-care residents.

“Our cluster randomised controlled trial showed muscles of the arms and legs was maintained and falls reduced in the residents given the additional dairy foods,” said Dr Iuliano.

“This is an achievable goal in any aged-care setting as these foods are widely available, palatable, low cost and can be incorporated into the daily menu.”

Dr Iuliano hopes the outcomes from the trial will be used to improve policy and good clinical practice across the aged-care sector.

The research was supported by grants from nine global dairy organisations and three philanthropic organisations, including Dairy Australia.