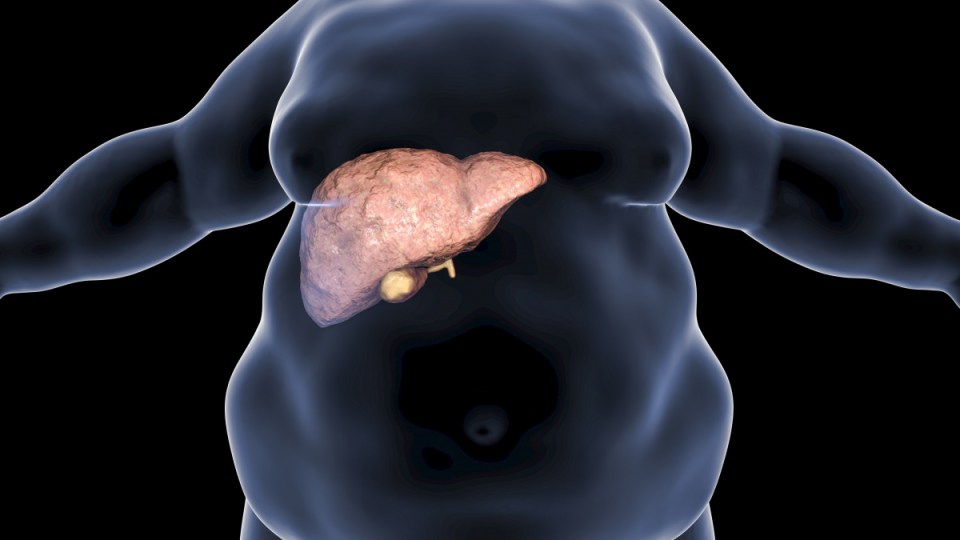 New figures suggest Australia is wobbling its way into an epidemic of liver disease – with nearly half of regional people over the age of 60 affected.

The epidemic has been spreading quietly for at least 30 years – and yet the full scale of the problem isn’t fully known.

Booze isn’t the main driver. Nor is viral hepatitis, which is mercifully on the decline.

Instead, “metabolic factors” – notably obesity and diabetes – are to blame.

In other words, Australia’s persistently poor diet and lack of exercise are catching up with us in the form of non-alcoholic liver disease (NAFLD) – a condition that often goes undiagnosed, and is a leading cause of cirrhosis (scarring) and primary liver cancer.

In a first-of-its-kind study, Melbourne researchers investigated the prevalence of liver disease in a number of regional communities.

They found at least 36 per cent of regional Victorians are living with NAFLD – with 45 per cent of people over the age of 60 affected.

The study involved more than 700 people from the Goulburn Valley.

The figures were based on where they sat on the Fatty Liver Index, which uses pathology data combined with Body Mass Index (BMI) and other measurements.

These findings suggest that we have seriously underestimated the prevalence of NAFLD, which was thought to have affected 20 to 30 per cent of the population, or about 5.5 million Australians.

Professor Stuart Roberts, lead author and the head of Hepatology and a consultant gastroenterologist at The Alfred hospital, said: “Rates of liver disease have been based on estimates developed from overseas data and little is known of the true prevalence of fatty liver disease in Australia”.

He said the study shows that rates in regional communities “are
concerning, and more research is needed to discover the prevalence of the disease in metropolitan areas, which may be higher than current estimates”.

Data from the Australian Institute of Health and Welfare provides a clue.

In 2017-2018, 71 per cent of people living in regional areas were overweight or obese, according to the AIHW.

This compared to 65 per cent in major cities.

Last year, Professor Roberts co-authored an article that predicted annual NAFLD liver deaths could almost double over the next decade, increasing from 1900 in 2019 to 3500 deaths in 2030.

Overall, 30,000 deaths from NAFLD are predicted over the next 10 years. And they’re just about all preventable.

Australia’s upward trends in obesity and diabetes have run parallel for 30 years with liver cancer’s emergence as the fastest-growing cause of cancer-related deaths in the country.

A 2013 paper found that primary liver cancer was the only malignancy to show a significant increase in mortality rate between 1991 and 2010.

Excessive alcohol consumption and viral hepatitis were long seen as two main drivers of primary liver cancer, but as the 2013 paper observed, NAFLD was increasingly to blame.

A tipping point that could be avoided

NAFLD is the most common form of chronic liver disease caused by an accumulation of fat in the livers of people who drink little or no alcohol.

It’s largely asymptomatic, but some people will suffer fatigue and experience pain or discomfort in the upper-right abdomen.

Increasing age, obesity, insulin resistance and diabetes are risk factors – but it’s reversible by adopting a healthy diet and doing some exercise.

But few of us take this self-healing route.

Richard Wylie, CEO of the Liver Foundation, said: “In some ways we’ve become complacent about the trajectory of obesity-related diseases such as cardiovascular disease and diabetes, however fatty liver disease and its direct links to cirrhosis and liver cancer may well be the tipping point the community needs to start taking their overall lifestyle more seriously”.

The New Daily has reported on a number of lifestyle and dietary changes that could be helpful in avoiding or reversing NAFLD.

See here and here. Going for a regular walk is one of your best options.

Eating ourselves to death: Epidemic of liver disease in regional areas