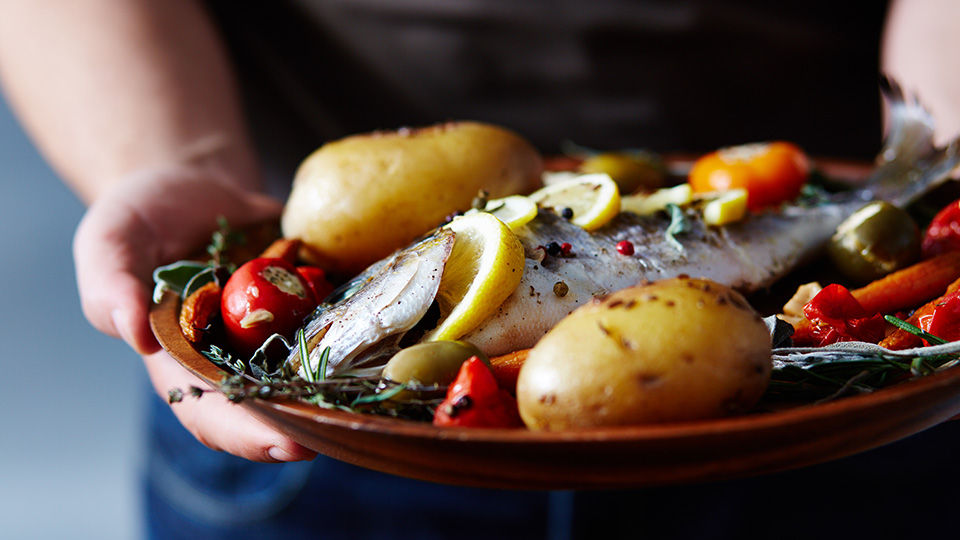 The Mediterranean diet has been praised as one of the healthiest and best for weight loss, but could it also play a role in preventing dementia?

Australian researchers have embarked on a world-first study to find out.

Over the next two years, researchers from a number of universities will investigate if the Mediterranean diet and daily exercise is the key to combatting declines in brain function that are associated with ageing.

Dubbed the MedWalk diet, participants in the study will eat a Mediterranean diet – which is predominantly plant-based and rich in healthy fats such as olive oil – while also taking daily walks.

Starting next month, the study will involve 364 Australians aged 60 to 90 without cognitive impairment who are living independently in 28 residential villages across South Australia and Victoria.

Researchers behind the trial are hopeful that combining the well-known health benefits of the Mediterranean diet with regular exercise will reap rewards.

“There’s no long-term pharmacological treatment for the prevention of dementia. So it really comes down to diet and lifestyle,” University of South Australia lead researcher and associate professor of nutrition and dietetics Karen Murphy said.

Research shows that the Mediterranean diet has a “positive effect on cognitive performance” and also significantly reduces the risk of cardiovascular disease, Dr Murphy said.

“While there is currently no prevention or cure for dementia, there is growing consensus that a focus on risk reduction can have positive outcomes. That’s where our study comes in,” she said.

Early pilots of the MedWalk method yielded positive results, with “improved memory and thinking in a sub-group of older participants adhering to a combination of Mediterranean diet and daily walking for six months”, Dr Murphy said.

“We’re now extending this study across a broader group of older Australians, using carefully designed behavioural change and maintenance strategies in the hope of substantially reducing the incidence of dementia across Australia.”

Diseases associated with ageing, such as dementia, are a growing concern for countries like Australia with ageing populations.

By 2050, about a quarter of all Australians are expected to be aged 65 and over.

There are some 472,000 people living with dementia in Australia, which costs the economy “more than $14 billion” each year, Associate Professor Murphy said.

Those costs are expected to balloon to more than $1 trillion over the next 40 years as the population ages, she said.

Swinburne University head of neurocognitive ageing research Andrew Pipingas, said the MedWalk trial could shed light on how to prevent the onset of dementia.

“As it’s extremely difficult to find a cure and treat those in the later stages of the disease, focusing our efforts on helping those at risk of developing dementia to stay healthy is one way to ensure Australians stay well in future,” Professor Pipingas said.

A Mediterranean diet is considered more effective for shedding weight than a low-fat diet, and has been named the world’s best diet.

It is high in fruit, vegetables, legumes, whole grains and fish, while being low in saturated fats, red meat, alcohol and sweets.

Extra virgin olive oil – dating back to 5000BC and considered “a gift of the gods” – is used generously.

The diet includes moderate amounts fermented dairy (such as yoghurt and cheese), and is low in processed foods, meat and confectionery.

Could the Mediterranean diet and exercise prevent dementia? Aussie researchers are hopeful