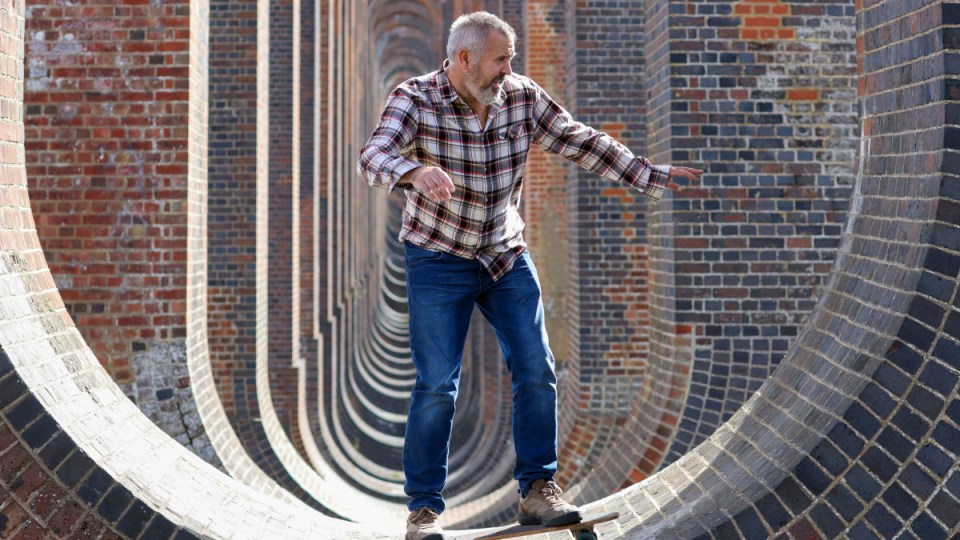 So it goes like this: you’re 40 to 55 years old, still working, active in the community, kids still at home. On the face of it, life is going as it should.

Except, you’ve become a killjoy, taking no pleasure in anything. Lovely meal? Not really. A walk on the beach at sunset? Big shrug.

Plus, you’ve become uncaring, even callous, certainly selfish – and behaving so impulsively and compulsively as to disrupt family life.

And man, it’s hard to keep track of your behaviour. One moment, you’re apathetic and unwilling to talk about anything. The next, you throw off your inhibitions and lose all social tact.

You’re just being a jerk, right?

Chances are you’re about the buy a sports car and run off with someone half your age … or you’re in the early stages of frontotemporal dementia (FTD), a form of dementia that often affects people in the prime of life.

Instead of losing your memory, the initial symptoms amount to losing your ability to experience pleasure, a condition known as anhedonia that complicates a number of mental illnesses.

“Family members don’t understand what’s going on because there’s not the traditional memory problems or getting lost and disoriented that we associate with Alzheimer’s Disease,” says Muireann Irish, associate professor at the Brain and Mind Centre, University of Sydney.

“Nobody’s thinking this could be dementia.”

Dr Irish said there is a “real tendency to overlook or to ascribe these changes in behaviour to depression or someone just having a midlife crisis.”

Understandably, marriages become strained “when these changes in behaviour are interpreted as indicative of a certain time in life – when really they’re being driven by something pathological.”

Dr Irish has just published a paper that makes a case for profound anhedonia to be included in the diagnostic criteria as “a primary presenting feature of behavioural variant FTD”.

Until now, it’s been discussed as a “tangential” factor.

The research, the first of its kind, revealed marked degeneration, or atrophy, in frontal and striatal areas of the brain in FTD patients. These areas are ‘hedonic hotspots’ where pleasure mechanisms are concentrated.

A total of 172 participants were recruited, including 87 with FTD, and 34 with Alzheimer’s disease.

Carers of these patients – usually a spouse or family member – were asked to rate how the patient was exhibiting the symptoms of anhedonia prior to diagnosis.

The results suggested that anhedonia is an early indicator of FTD.

Another key finding was that Alzheimer’s patients were not found to be afflicted with clinically significant anhedonia – further supporting the idea that anhedonia, in tandem the neural degeneration, are key indicators of FTD.

When Muireann Irish was studying psychology, her grandmother was diagnosed with Alzheimer’s disease.

Dr Irish has always been interested “in the human condition and what makes people tick and memory and the brain in general”.

But now it was personal. She was “pushed to do a study about how music improves the memory capacity in Alzheimer’s patients”.

It was a “bittersweet study to work on” because her grandmother passed away at the time. This motivated Dr Irish “to help people once they are diagnosed”.

FTD patients need all the help they can get. While Alzheimer’s patients benefit from the pleasures of music and art, FDT patients do not.

But, the research opens up the possibility that new drugs coming on line to treat anhedonia – which occurs in people with bipolar disorder, obsessive compulsive disorder, and depression – might be repurposed to treat FTD patients.

The recovery of joy, in the face of gradual extinction, would be no small deal. That will take time.

Meanwhile, Dr Irish is “hopeful” her findings can provide much more targeted support and education to patients and their families “to better cope with these symptoms that are disruptive and challenging to respond to in daily life”.