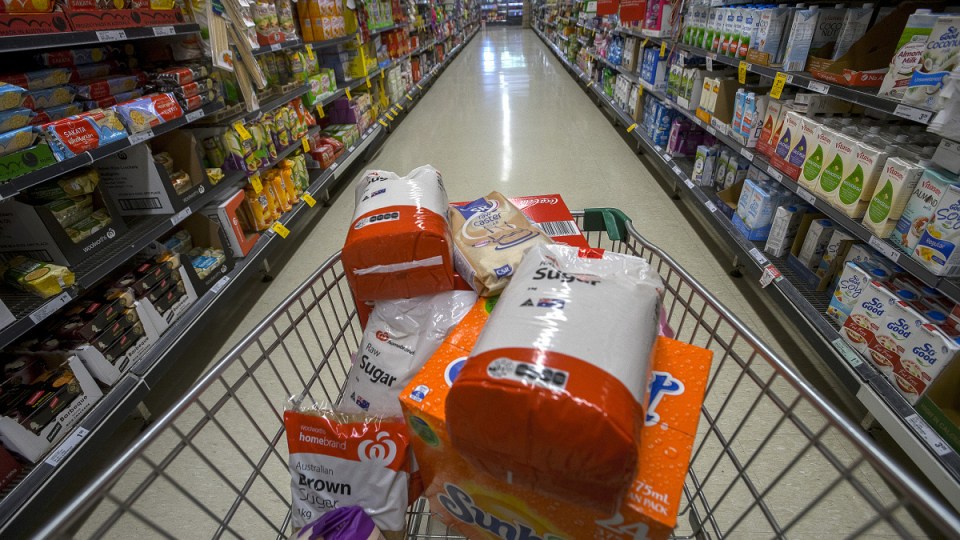 Australia’s major supermarkets have been put on notice for promoting unhealthy food and drinks over healthier options as the nation faces a growing obesity epidemic.

Woolworths, Coles, Aldi and IGA have all been ‘red-flagged’ in a new national food dashboard designed to track the drivers of high obesity rates in Australia.

Launching on Wednesday, the Food Environment Dashboard slammed the supermarkets for the way they slash the prices of unhealthy items such as chocolates, chips and sugary drinks and promote them prominently in stores.

The dashboard covers the healthiness of the foods available for sale, the way foods are marketed, and the price and affordability of different diets.

“At Australian supermarkets, it is almost impossible to pay for groceries without being exposed to unhealthy food and drinks,” said the project’s leader, Associate Professor Gary Sacks from Deakin University’s Global Obesity Centre.

The places we shop for our food have a huge influence over what we buy and eat, Associate Professor Sacks explained.

“Unhealthy diets are leading contributors to poor health in Australia. Our diets are so bad because wherever we go, unhealthy food is pushed at us,” he said.

Despite this growing health crisis, children are being bombarded with ads for foods online and on television, the Food Dashboard found.

When watching TV, kids are exposed to unhealthy food ads more than twice as often as healthy foods ads.

“These red flags show an urgent need for governments to introduce higher standards for how the food industry markets and sells its unhealthy food and drink products,” Dr Martin said.

Dr Martin urged the government to “put Australians’ health above food industry profits and enhance the health and wellbeing of millions of Australians”.

The launch of the dashboard comes as packaged food giants face increased scrutiny over the nutritional value of their products.

Earlier this month, it was reported that the world’s largest food company, Nestlé, had internally acknowledged that most of the company’s mainstream food and drinks products do not meet a “recognised definition of health”.

In Australia, just 37 per cent of Nestlé’s mainstream food and beverage products garnered a health star rating above 3.5.

The Australian government is “lagging behind” other countries when it comes to restricting junk food marketing, taxing unhealthy foods and labelling, The George Institute food policy expert Alexandra Jones said.

“If we want companies to make healthier products, I think we need to make junk food less attractive to consumers and less profitable,” Dr Jones said.

“We shouldn’t be leaving it in the hands of food companies to address the obesity epidemic.

“We need to make a policy environment that makes junk food less profitable.”